Raju Srivastava passed away on September 21, 2022. After his death, Rohan Joshi penned a comment on Instagram talking about good riddance. Netizens are furious and how. 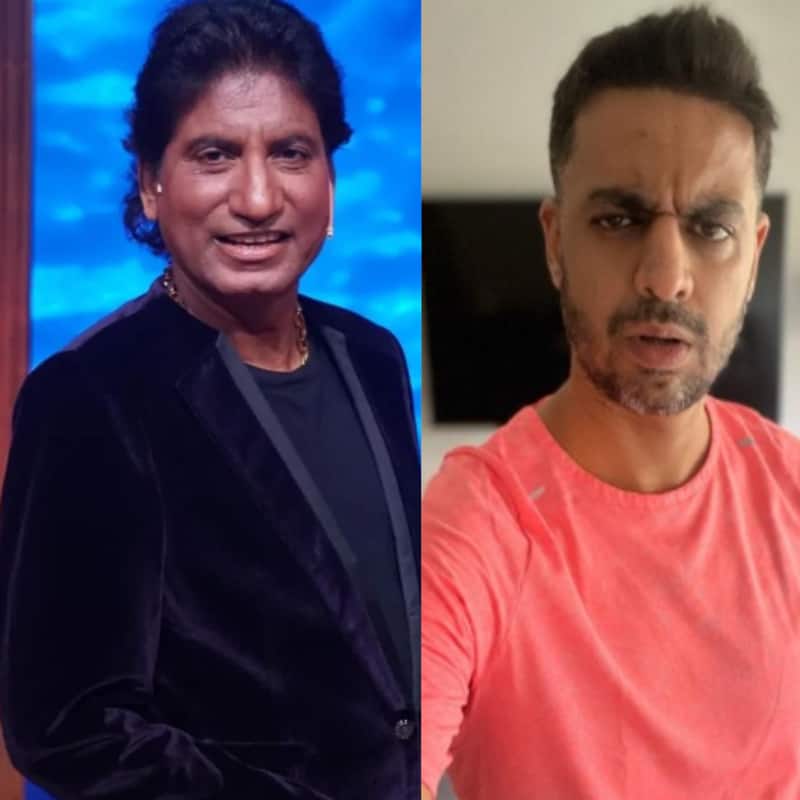 Comedian Raju Srivastava breathed his last on October 21, 2022. He battled for his life for almost 40 days before leaving for his heavenly abode. It was on August 10 that Raju Srivastava complained of chest pain while working out in the gym and he was rushed to the hospital. Since then he had been on the ventilator. Today, his funeral took place. On social media, tributes and condolence messages are pouring in from all corners. From PM Narendra Modi to actor Ajay Devgn, many expressed grief over his demise. But, a message by AIB's Rohan Joshi has caught everyone's attention and netizens are not happy. Also Read - Raju Srivastava's daughter Anatara thanks Amitabh Bachchan for being there during his tough time: 'Aap papa ke andar pure base hue the'

Rohan Joshi in a comment on Instagram ranted against Raju Srivastava and it is all over entertainment news. He stated that the late comedian disliked the new generation of comedians and would talk shit about the upcoming art form. He also wrote about Kamra and good riddance. This did not go well with many who are slamming him left, right and center on social media. Rohan Joshi is trending on Twitter as the netizens are furious over him for making such a remark against Raju Srivastava post his death. Also Read - Raju Srivastav Prayer Meet: Kapil Sharma, Bharti Singh, Shailesh Lodha cannot control their tears as they meet the bereaved family [Watch Videos]

In fact, actor Sikander Kher too expressed his disappointed over Rohan Joshi's comment. The Aarya actor shared his opinion and wrote, "But, after reading this about someone who's passed away too soon, I am just sad to see that a young man who might be funny and witty, probably lacks a huge dose of humanity. #unfortunate #disheartening and very very very #uncool. PS: took a lot for me to be this polite." Also Read - Trending TV News Today: Shehnaaz Gill's viral singing video, Virat's drunken avatar in Ghum Hai Kisikey Pyaar Meiin and more 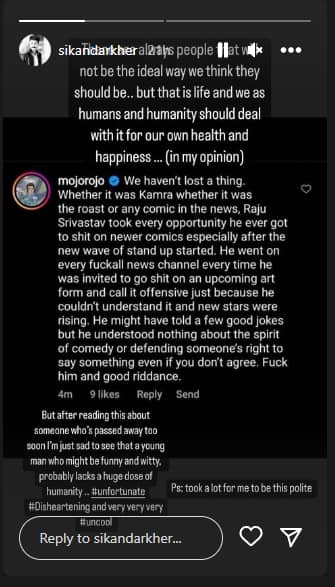 Check out tweets against Rohan Joshi below:

"Liberal comedian" Rohan Joshi on Raju Srivastav's death. They call everyone hateful because the relentless hate that they harbour for everyone keeps burning inside them like raging fire. pic.twitter.com/3n1Jl7W3H7

Rohan Joshi of AIB is abusing #RajuSrivastav & celebrating his death

These are people who in the name of comedy even went to the extent of Pedophilia, now abusing a natural comedian who was widely respected

Don't forget the people who supported them and their sexual misconduct pic.twitter.com/q4Pl4Ebo9z

If today the genuine Standup comedy circle does not raise their voice against a rotten Apple like Rohan Joshi amongst them, then don’t blame tomorrow when somebody Boycotts your bonafide work similar to the price many in Bollywood are paying for no fault of theirs but a handful. https://t.co/2lYK8wn3yl pic.twitter.com/TCtiPwSXnM