Raju Srivastava prayer meet to be held in Mumbai on Sept 25; wife Shikha to fly to the city [Read Deets]

Popular comedian Raju Srivastava passed away on Wednesday morning. Late comedian Raju's prayer meeting will be held on September 25 in Mumbai. Here's what you need to know... 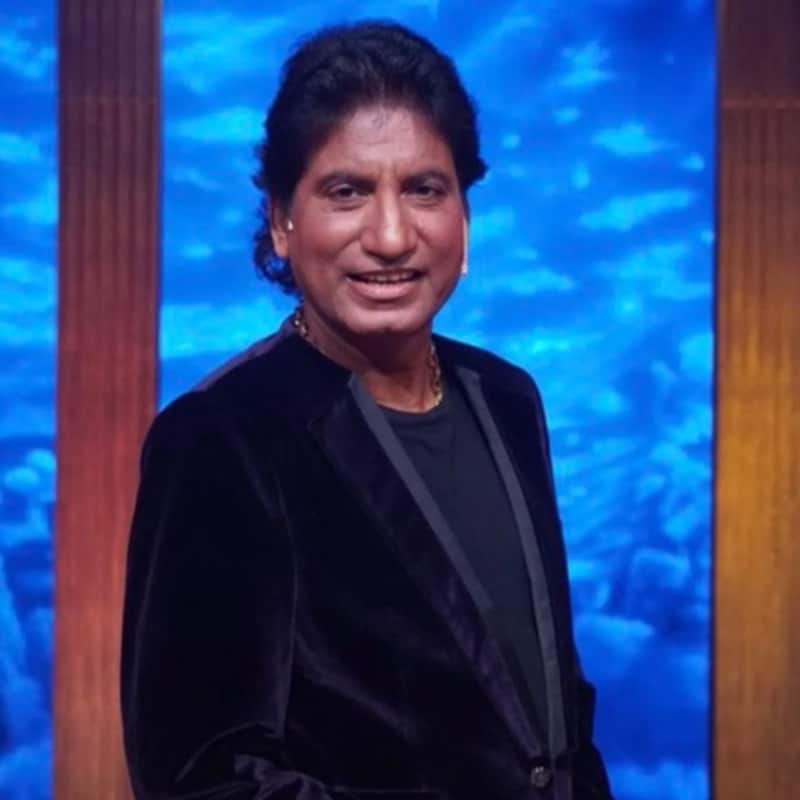 Popular comedian Raju Srivastava passed away on Wednesday morning. The ace comedian had collapsed in August while he was working out and was immediately taken to the AIIMS hospital. The comedian had immediately undergone an angioplasty and was put on a ventilator. The comedian-actor breathed his last after fighting for over 40 days. His family, friends, and fans were quite worried about him and prayed for his recovery. Raju was cremated in Delhi and his son performed the final rites of the late comedian. Sunil Pal, Ahsaan Qureshi, and director Madhur Bhandarkar and more celebs attended the last rites at Nigambodh Ghat in Delhi on Thursday. Also Read - KBC 14: Raju Srivastava's family thanks Amitabh Bachchan for remembering late comedian through a question 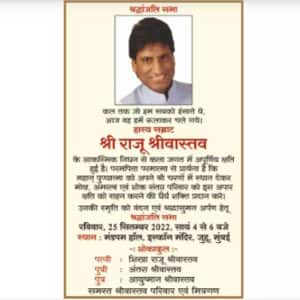 Raju's prayer meeting will be held in Mumbai on September 25 at ISCKON JUHU. Reportedly, Raju's wife is expected to be flying out to Mumbai tomorrow as per a report in TimesofIndia TV. According to the report, Raju's wife felt that since the comedian was operated from Mumbai and it was fitted to hold the meeting in the same city. Moreover, the report reads that there was a long discussion about the same in their family and it was not easy for his wife to take the trip, but they went for it. More details were announced by late comedian Raju's family. Raju's daughter Antara and son Ayushmaan along with their mother and other family members were seen holding the prayer meeting. Also Read - World Heart Day 2022: Celebs who lost their life to heart attack

On the professional front, Raju began his career with Bollywood films like Maine Pyar Kiya, Baazigar, Bombay to Goa and Aamdani Atthanni Kharcha Rupaiya. He even participated in The Great Indian Laughter Challenge.