Raju Srivastava's daughter Anatara thanks Amitabh Bachchan for being there during his tough time: 'Aap papa ke andar pure base hue the'

After the passing of Raju Srivastava on September 21, his daughter Antara expressed her heartfelt gratitude to Amitabh Bachchan for being there for her father during his tough time. 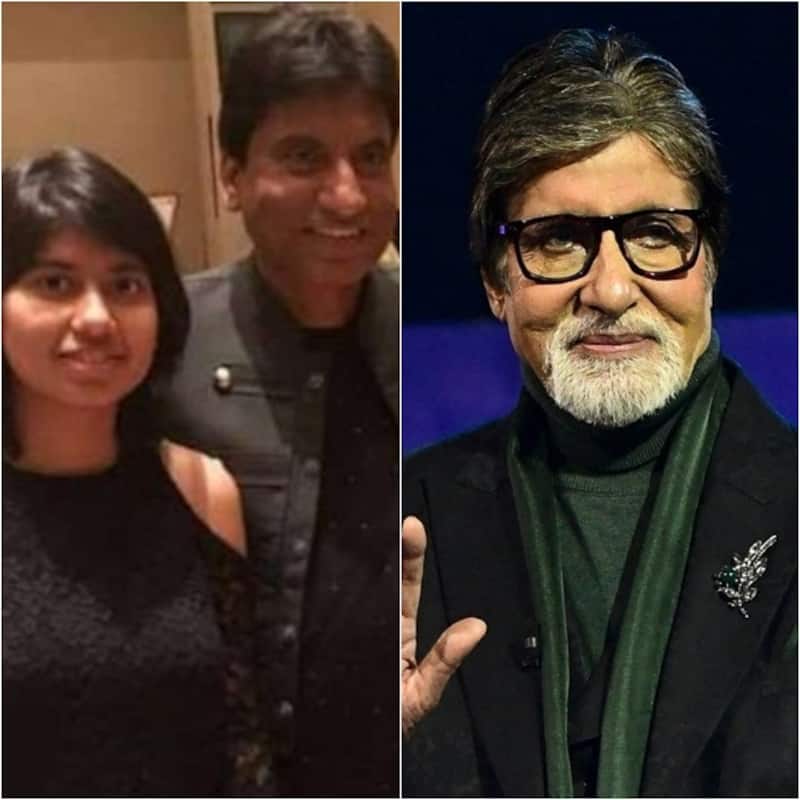 Ace comedian Raju Srivastava passed away in Delhi's All India Institute of Medical Sciences (AIIMS) on September 21 at the age of 58. He was admitted to the hospital on August 10 after he collapsed while working out in a gym. He was cremated at the Nigambodh Ghat in New Delhi on September 22. His daughter Antara has now thanked Amitabh Bachchan for being there for her father during his tough time. Also Read - KBC 14: Raju Srivastava's family thanks Amitabh Bachchan for remembering late comedian through a question

She took to Raju's official Instagram account to express her gratitude towards Big B for his unconditional support. She said that his prayers gave her family immense strength which they will never ever forget. "Extremely grateful to Shri @amitabhbachchan uncle for being there for us every single day during this tough time. Your prayers gave us an abundance of strength and support, which we will remember forever," she wrote. Also Read - Siddhaanth Vir Surryavanashi, Sidharth Shukla, Raju Srivastava and more celebs who died due to heart attack

Talking about Big B's influence on Raju, Antara said that the megastar stayed with her father since the first time he saw the Goodbye actor on the big screen. The comedian didn't just follow Amitabh's on-screen persona but his off-screen personality as well. She said that Raju had saved Big B's phone number as Guru ji. Also Read - World Heart Day 2022: Celebs who lost their life to heart attack

"You are my father’s idol, inspiration, love and Guru. Since the first time dad saw you on the big screen, you have stayed within him forever. He not just followed you on-screen but off it also. He had saved your number as ‘Guru ji’ in his contacts. आप पापा के अंदर पूरा बसे हुए थे। Him reacting on listening to your audio clip clearly shows what you meant to him," she said.

"My mother Shikha, brother @aayushmaan.srivastava , my entire family and I, @antarasrivastava , are eternally thankful to you. The love and admiration he receives globally is all because of you. Warm regards to you," she concluded.

A couple of days ago, Amitabh had mourned the loss of Raju in his blog. "Another colleague, friend, and a creative artist leaves us. A sudden ailment and (he is) gone before time, before his creativity time completion. Each day in the morning, with him in spirit and information from near ones," read an excerpt from his blog.

Raju Srivastava is survived by Shikha, whom he married in 1993, and their children Antara and Ayushman. The real name of Raju Srivastava was Satya Prakash Srivastava and he was popularly known as Gajodhar Bhaiyya.