Raju Srivastava's wife Shikha Srivastava says he is now stable, requests fans not to spread rumours about his health

Raju Srivastava's wife Shikha Srivastava has now shared an update on her husband's health and informed the media that Raju is stable and the doctors are treating him well. "He is fighting. So, kindly do not spread negativity," she added. 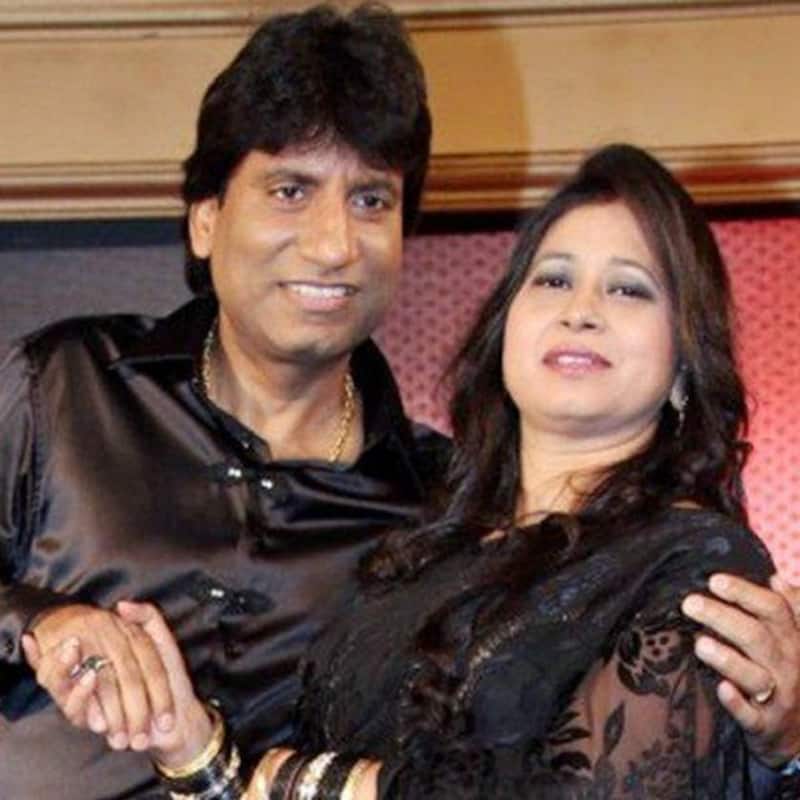 Raju Srivastava's condition had worsened on Wednesday night. His chief advisor had informed the media that the comedian was almost brain dead and also having heart problems. Raju's deteriorating condition had raised concerned among fans who kept praying for a miracle to happen. His wife Shikha Srivastava has now shared an update on her husband's health and informed the media that Raju is stable and the doctors are treating him well. Also Read - World Heart Day 2022: Celebs who lost their life to heart attack

"He is stable. Doctors are treating him well. Raju ji is a fighter and he will come back to be amongst all of us. We need your prayers and wishes," Shikha said while talking to a news agency. She also requested the media and fans not to spread rumours about Raju's health as it affects the family's morale. Also Read - Raju Srivastava's daughter Anatara thanks Amitabh Bachchan for being there during his tough time: 'Aap papa ke andar pure base hue the'

She said that Raju's family do no want negative energy at such critical time. She requested fans to pray for Raju's speedy recovery and said that he will be back soon. She also said that doctors are doing their best and Raju is responding to them. "He is fighting. So, kindly do not spread negativity," she added. Also Read - Raju Srivastav Prayer Meet: Kapil Sharma, Bharti Singh, Shailesh Lodha cannot control their tears as they meet the bereaved family [Watch Videos]

Earlier in the day, it was reported that Raju has suffered a brain damage and continues to be on life support. It was being said that his condition is critical and has not yet gained consciousness. His fans and industry colleagues have flooded the social media with prayers, wishing for Raju's speedy recovery.

Last Wednesday, Raju suffered a heart attack while running on the trendmill in the gym. He was rushed to AIIMS, in New Delhi where he underwent an angioplasty the same day. Since then Raju has been in the ICU on life support.

There were claims that he overexerted himself at the gym but his nephew Kushal Srivastava denied such claims. He requested the comedian's fans to not disturb the family and asked their well-wisher to refrain from sending messages to the family.