Rakhi Sawant attended Urfi Javed's party in the city last night. The two actresses posed for the shutterbugs together. Urfi Javed got a kiss from Rakhi Sawant while posing. Here's how netizens reacted... 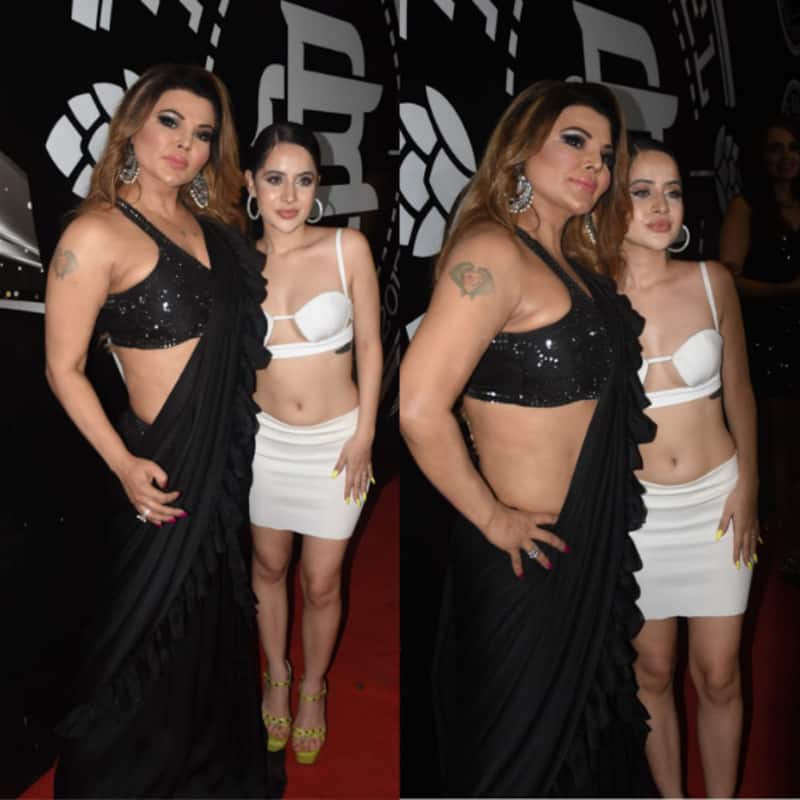 Bigg Boss OTT fame Urfi Javed threw a party in the Tinsel town last night which was attended by a lot of her close friends and colleagues. Poonam Pandey, Nishant Bhat, Rakhi Sawant and more were guests invited. However, to steal the limelight were Rakhi and Urfi. The two posed for the shutterbugs and also dance a little in front of the paparazzi. Their videos are going viral on social media. However, both Urfi Javed and Rakhi Sawant are getting brutally trolled. Also Read - Ranbir Kapoor calls Alia Bhatt dal chawaal, Shahid Kapoor on falling in love with Mira when she was pregnant; Bizzare statements of celebs

Well, both Rakhi and Urfi are known for their bold personalities. Their bold dressing sense often gets them trolled online. However, both are unfazed with the same. Now, last night, while posing for the paps, Rakhi and Urfi's bond got netizens talking. Rakhi kissed Urfi as they posed for the media, netizens trolled them calling them jokers. A few commented saying their dressing sense is the real reason why they get trolled and such. In another bizarre outfit that Urfi Javed added to her collection is wearing a glass outfit. It weighed 20 kgs. She wore a white coord set and wore the glasses, like shards of glasses, on top of them. Bizarre got a new definition. Minus the glasses, Urfi looks pretty. As did Rakhi Sawant. She wore a designer black saree and was her usual goody self in front of the media. In one video shared by a Pap, Rakhi and Urfi are seen dancing. However, Urfi gives up soon. Rakhi is seen cheering up with a quirky comment. Also Read - Trending Entertainment News Today: Disha Patani sparks lip and nose job speculations; Urfi Javed's reaction on Alia Bhatt's pregnancy grabs eyeballs and more

In yet another video, we see Rakhi Sawant, solo. The actress turned dramatic in front of the media and gave a lot of poses. When a Pap said only Adil was missing, Rakhi turned more dramatic. "miss kar rahi hu," she is heard saying. Also Read - Urfi Javed makes a short skirt and tube top from a pant she previously wore; leaves fans speechless [View Pics]

It seems there was a lot of paparazzi and there seemed to happen a scuffle for pictures. Urfi asked them not to fight saying that she'd stand there for pictures the whole night if need be.