Ramayan 17 April 2020 Morning episode update: In today's episode Ravana enters the battle field against Rama. They have a tough war but after the sun set Ravana gets disappointed as he is over confident about his powers. He hits Rama with arrows but after the sun set, everyone goes back. Mandodari tries to change Ravana's mind set but Ravana doesnt listen to her. Next day he again goes for war but this time Lord Bramha asks Indra to send his Holy chariot for Lord Rama's help 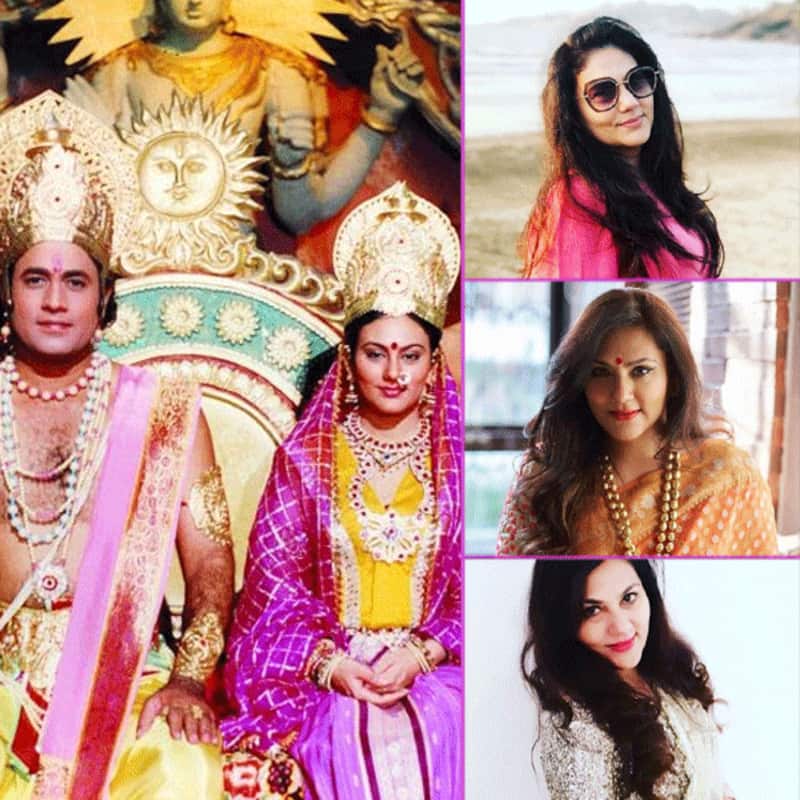 In today’s episode Vibhishan notices that Lord Rama doesn’t have chariot orany protecting shield so he gets worried about how Rama will defeat Ravana. But Rama tells him that bravery and patience are the two wheels that are the base of his chariot. Vibhishan is convinced with what Rama explains to him as Lord Rama follows the chariot of truth, honesty, bravery. He bends before Lord Rama. In the next moment Ravana attacks with N number of arrows but Hanuman fights back with him with Angad. Then Laxman also comes forward to have war with Ravana. Laxman’s arrows make all attacks by Ravana fail miserably. Ravana gets furious to see Laxman and Rama. This time Rama starts attacking on Ravana with his arrows. Vibhishan fidgets something in Lord Rama’s ears which makes Ravana furious. He attacks on Vibhishan with fired arrow. But Lord Rama takes it on him to save Vibhishan. Everyone goes to the rescue of Lord Rama. Vibhishan along with Sugreev, Jambvat and Hanuman get so furious that they attack on Ravana. Also Read - Vikram Vedha star Hrithik Roshan drops major hint about being part of Brahmastra 2 as Dev and Ramayan

Vibhishan gets very emotional as Lord Rama puts his life in danger for Vibhishan. Lord Rama tells him that it was the honest effort to express gratitude towards Vibhishan who has helped him. Meanwhile Ravana’s charioteer takes Ravana away as he gets unconscious with Jambvant’s attack. Ravana regains consciousness as his charioteer takes him away from the battle field which hurts his ego. His charioteer shares with Ravana that he got some ominous signs on the battle field so in order to save his Lord, he took him away. In the mean time Lord Rama also gets injured with the weapon which hit him but till decides to be on the war field. Ravana comes back to war front and challenges Lord Rama again. Lor Rama taunts Ravana saying that he is a coward. But Ravana attacks on Rama with Tamas astra. Lord Rama also counter attacks and the war begins again. Also Read - Trending TV News Today: Aditya Narayan reveals the face of daughter Tvisha, Ramayan's Dipika Chikhlia apologizes for skirt pic and more

Ravana kills many of the army men of Lord Rama but Rama also makes Ravana’s attacks fail with powerful arrows. In the evening Angad does some Shakhnaad in order to let everyone know that it is sun set. So Ravana gets disappointed as he fails to kill Rama on day 1. Both the parties go back. In the evening Laxman heals Rama’s injuries with some medicinal cream. He feels very sad to see his elder brother so much injured. Rama promises Laxman that next day they will have a tough war and defeat Ravana for sure. Laxman feels guilty as he blames himself for Sita’s kidnapping. But Lord Rama tells him that it was all already planned in their fate so now they have to use all the knowledge they have gathered from all the great saints to defeat Ravana. Rama tells Laxman that whatever happens is for out own good. On the other hand Mandodari also treats Ravana’s injuries with some ayurvedic medicine. Ravana is still so over confident about his victory.

But that makes his wife Mandodari gets tensed. She tries to ask Ravana to back off from the war with mutual understanding with Rama. But Ravana gets very furious with her as he feels that his wife doesn’t trust his capability. On the other hand Sugreev, Hanuman and Angad discuss about the loss of army men they have lost in the war. They all feel that the war next day will be even more tough. So they are confident that Ravana will definitely get defeated by Lord Rama. But Sugreev asks them all to be very alert as Ravana can be dangerous as he also knows elusive powers. Meanwhile Ravana also keeps brooding about all his close relatives that he lost like his brothers and sons. So he finds it difficult to sleep at night. Rama and Laxman also keep thinking about what will happen at night. Sita on the other hand is worried as she also doesn’t know what will happen on the final day of the war. Next day morning Mandodari does Ravana’s veneration as he leaves for war. She is very worried so requests Ravana to leave Sita as she also gets convinced that Rama is avatar of Narayan but Ravana is still so egoistic that he feels that even if Rama is avatar of Narayan, he has come a long way in exile to kill Ravana. While doing tilak, the lamp in the plate blows out.

Mandodari finds it ominous. Ravana then seeks blessings from Lord Shiva but still he feels that he should be proud of the powers that he has got from Lord Shiva on lot of penace done by Ravana. Ravana determines to die in the war rather than to bend in front of Rama. Ravana then leaves for war. All the gods up in the air get worried but Lord Indra has a solution to defeat Ravana’s ego. He goes to Lord Bramha to send his chariot for Lord Rama’s help. Accordingly Indra sends his chariot for Rama’s help as Lord Bramha tells Indra that it is the last day of Ravana’s life. The charioteer tells Lord Rama that Lord Bramha has sent the chariot so that Lord Rama can fight against Ravana’s elusive powers. Laxman doesn’t trust him but the charioteer explains how powerful the chariot is so that Rama and Laxman can trust him. When Lord Rama enters the battle field but Ravana wonders to see the chariot that Rama has. His charioteer reveals that it is Indra’s chariot which makes Ravana too furious. Stay tuned to find out what will be Ravana’s next step.