Dipika Chikhalia who played Sita in Ramanand Sagar's Ramayan shared a throwback picture of herself with Narendra Modi and LK Advani during the elections. The picture is a monochrome one and is going viral as you read this. 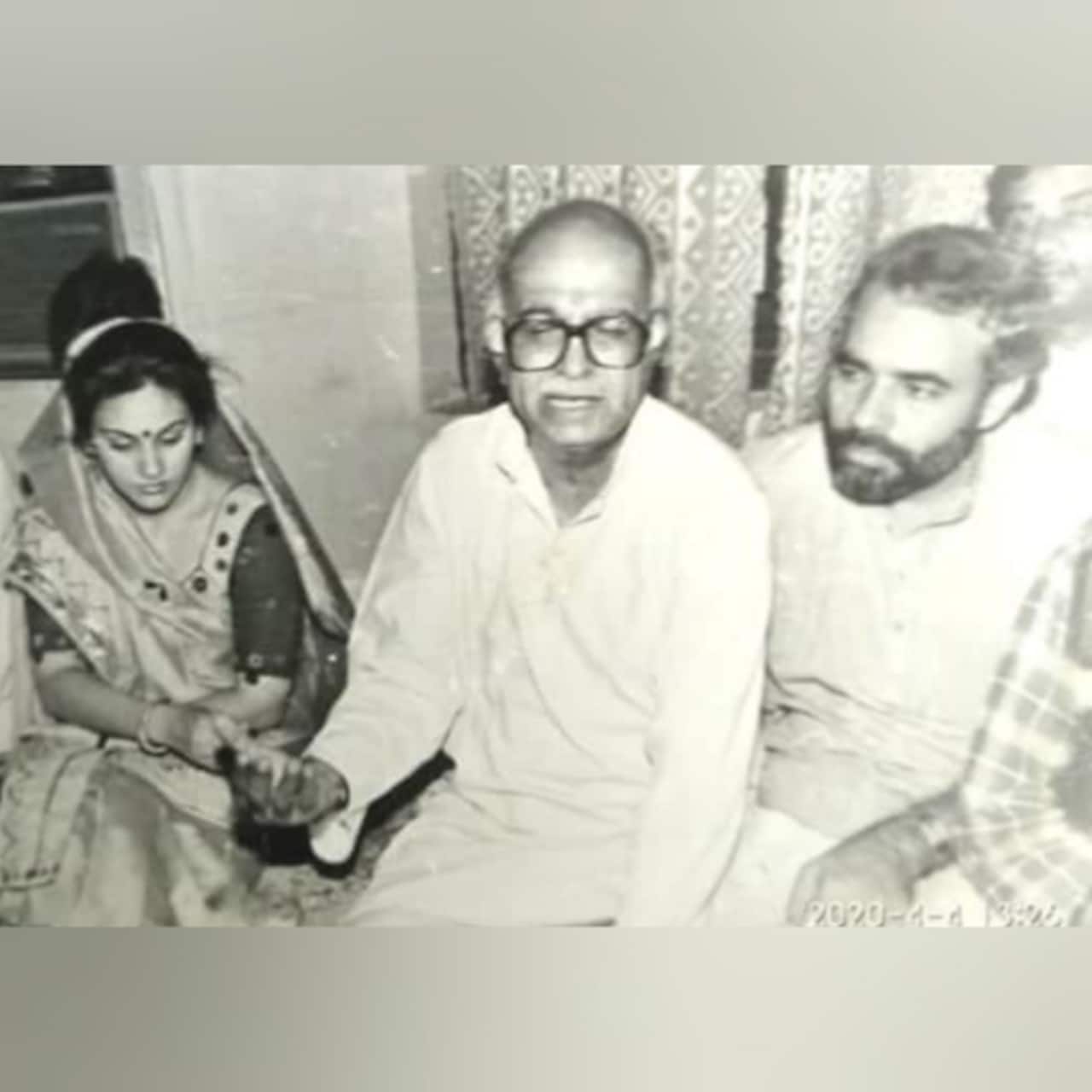 Ever since Ramanand Sagar's Ramayan began re-airing on DD National, people are hooked on to their TV sets and are watching one of the most epic Hindu mythologies ever written. Ramayan has always attracted the audience but the fact that DD National is airing Ramayan that dated back in 1987 is a different nostalgia and high altogether. People are loving the TV show as they did back then, and are happy to be able to watch it and spend their quarantine time watching one of the most loved TV shows back again. Also Read - Ramayan's Sita aka Dipika Chikhlia leaves fans in awe with her transformation video; some say, 'Aapko ye sab shoba nahi deta'

The trio of Ramayan — Arun Govil who played Lord Ram, Dipika Chikhalia who played Sita, and Sunil Lahri who played Lakshman, on the show was quite popular back then and had gained idolatry status. Their fandoms just grew in these times with people showering them with all love and adulation. Recently, Sita aka Dipika Chikhalia uploaded a throwback picture of herself with the current Prime Minister Narendra Modi and LK Advani on her Twitter handle that is going viral as you read this. Also Read - Adipurush: After Dipika Chikhlia, Sunil Lahri aka Laxman criticises Prabhas, Saif Ali Khan's new version of Ramayan

Sharing the picture, Dipika captioned the image saying, "An old pic when I stood for election from baroda now called as Vadodara extreme right is our PM narendra modi ji nxt to hom was LK Advaniji and me and nalin bhatt in charge of the election @narendramodi @pmo #lkadvani #contest #election #ramayan." Have a look at the monochromatic picture here: Also Read - Adipurush: Dipika Chikhlia, Mukesh Khanna disapprove of Prabhas' reimagined Ramayan – 'They should not look like Mughals'

An old pic when I stood for election from baroda now called as Vadodara extreme right is our PM narendra modi ji nxt to hom was LK Advaniji and me and nalin bhatt in charge of the election @narendramodi @pmo#lkadvani##contest#election#ramayan pic.twitter.com/H5PsttaodC

Meanwhile, as per a report, Arun, Dipika and Sunil were offered to be a part of sensuous photoshoot during Ramayan but they trusted their viewers and declined the same. On the work front, Deepika was recently seen in the Bollywood movie Bala which starred Ayushmann Khurrana, Bhumi Pednekar and Yami Gautam in the lead roles. The actress played the role of Yami Gautam's mother in the film.