Rashami Desai sets the internet on fire as she drops her super bold pictures in this deep plunging neckline and thigh-high slit beige dress. 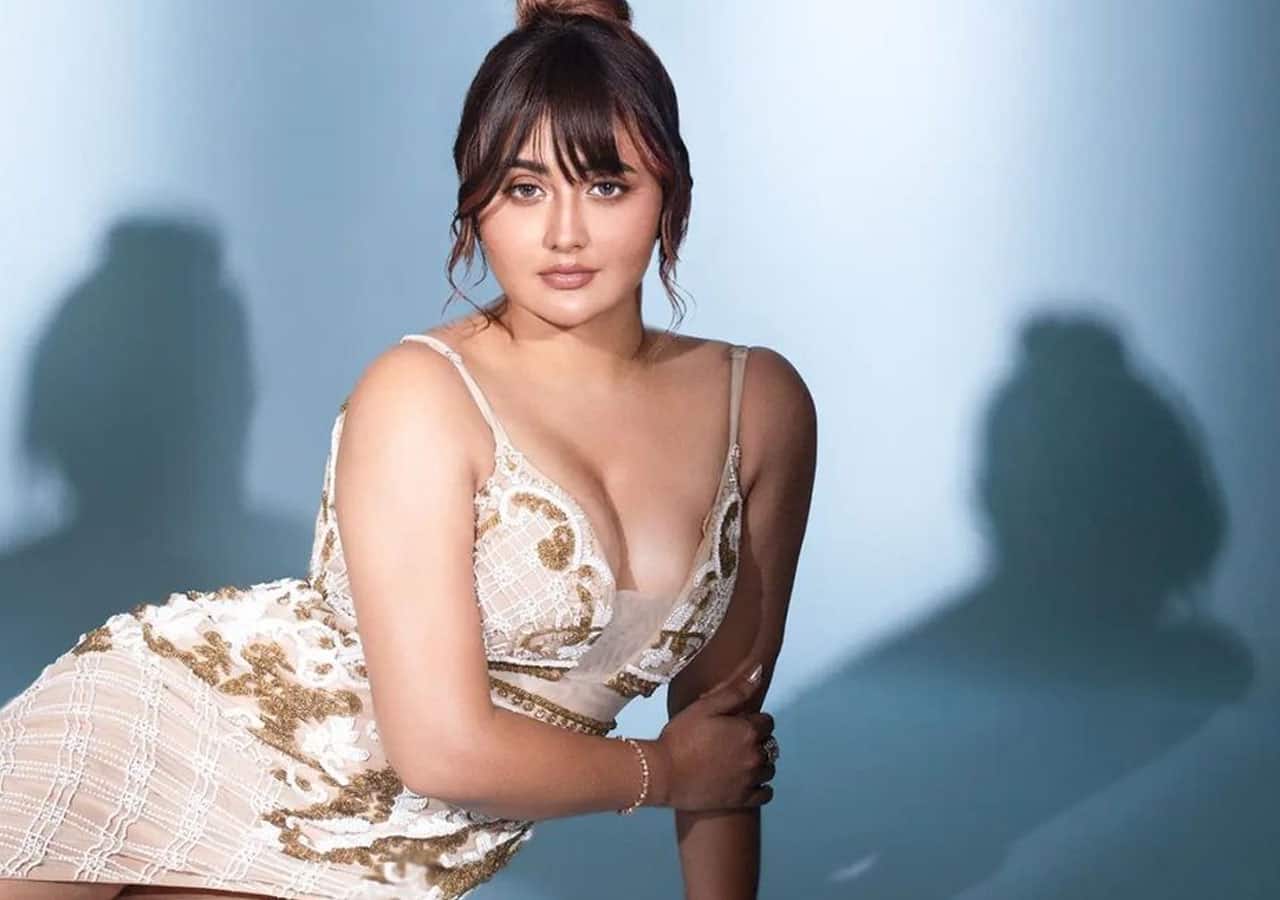 Rashami Desai just dropped her super bold pictures and set the internet on fire. The Bigg Boss 13 fame fans are going gaga over her bold step and just cannot let their eyes off it. Rashami wore a super hot thigh-high slit gown with her deep plunging neckline, it had all the quotient to set the screens on fire. The bangs on the Uttran actress are making her look even hotter. While her fans are smitten with her latest super bold picture, some netizens are badly fat-shaming her. She has been this voluptuous actress all her life and fans love the way she is confident in her body but there is always a 'Kuch toh log kahenge' type log who loves to pass their judgements. Rashami is called names like pumpkin and more but like always she gives a damn about it. Also Read - Rashami Desai to Shoaib Ibrahim: Popular TV celebs who found love in divorcees

Rashami Desai looked stunning in these pictures and take a look at how fans are swooning over her oomph and hotness. Rashami is one of the most popular television actresses in the industry and due to her stint in Bigg Boss 13 she became a household name as her fight with late actor Sidharth Shukla grabbed maximum attention from the viewers. Rashami's love life with Arhaan also gained maximum attention, but later it was reported that she got separated from him after learning about being married and having a child in the show revealed by the host Salman Khan to her. Later she was seen in Bigg Boss 15 and her camaraderie with Umar Riaz became the highlight of the show. Also Read - Bigg Boss 16 Nimrit Kaur Ahluwalia-Priyanka Chahar Choudhary to Sidharth Shukla-Asim Riaz: A look at craziest fans wars ever

Rashami Desai has come a long way in her journey, she started doing small roles in Bhojpuri industry and later shifted to television and became the biggest names among all. Also Read - Bigg Boss 13 fame Rashami Desai sets the temperature soaring in a monochrome braless photoshoot