Ravi Dubey reveals he used his own wardrobe for Jamai 2.0, Says “Siddharth and I are same”

"Season one of Jamai 2.0 is only the beginning of getting disruptive and edgy," Ravi Dubey shares while talking about his upcoming ZEE5 Original web series. Jamai 2.0 is the web sequel of Zee TV show Jamai Raja. It stars Nia Sharma opposite Ravi.

Calling all #SidNi and #NiVi fans! Ravi Dubey has several interesting revelations to make about his ZEE5 Original web series Jamai 2.0. In the teasers, posters, and trailer we have seen, a lot has changed in the Jamai universe. We asked Ravi how his character Siddharth has transformed and boy, the reply is not what you expect! “Siddharth is not what you expect,” answered Ravi. Read on a few excerpts... Also Read - Jamai 2.0: Nia Sharma recalls her MAJOR fight with Ravi Dubey and how the channel had to intervene

Q. How has Siddharth changed from Jamai Raja to Jamai 2.0? Also Read - Nia Sharma is here to steal your hearts in a stunning white saree as she begins promotions for Jamai 2.0 – view pics

The character is completely different from what it was in Jamai Raja. Siddharth is very edgy, unpredictable in Jamai 2.0. The storyline, the plot is all very different. I can assure the viewers, they cannot remotely expect what is coming their way. It’s nothing like they thought. Whatever was their expectation, they were all defied in the teaser. Even aesthetically it is an evolved version of what you have seen earlier. So many people told me it looks like a big-budget Bollywood film, so it’s got that groove, that edgy content. Also Read - Jamai 2.0 Season 2 Teaser: Nia Sharma and Ravi Dubey take their game of revenge, love and passion on much BOLDER level

Sometimes, when you are out for vengeance, it is very earnest. The aggression attached to it is very channelled, intelligent and righteous if I may say so. Siddharth was a righteous being in the television version of Jamai. But he is very very righteous here also. It’s just directed elsewhere this time. The relation that he shared with DD will be different in Jamai 2.0, the dynamics and equation with Roshnia are very different. The world around Siddharth and Roshni is different. They will love it because I loved doing it. In the teaser, Siddharth says, “badale ki aag mein jhulas raha hai insaan,” what is that revenge, why the intention, how he came to that point, all of that the viewers will get to know once Jamai 2.0 starts streaming on ZEE5. 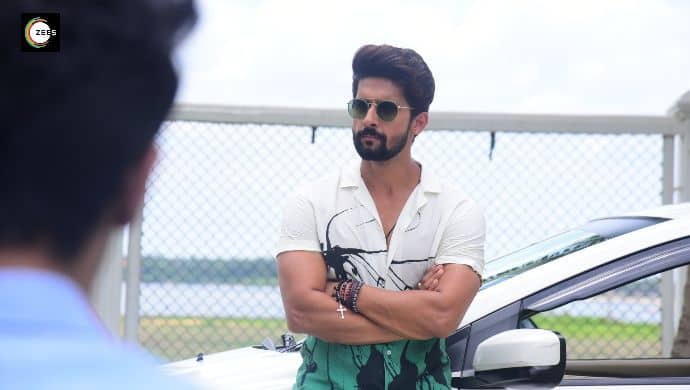 Q. What kind of a ‘Jamai’ are you in real-life?

I think I would call myself extremely dedicated to my family. My family includes my family and my in-laws. I hold these people in the highest regard, so it is Sargun and my family. I don’t have a lot of friends. These are the only people in my life and I open myself to. That way, Siddharth and I are very identical. We are both extensions of each other. I think me and my mother-in-law share the greatest bond in the world. She often says, “Main tujhe Sargun se bhi jyada pyaar karti hu,” she is very attached to me. I am lucky there is a lot of love, we are all very attached. It wouldn’t be thus, wrong to say that Siddharth and Ravi are extremely similar. They are absolutely the same individuals.

Q. The Siddharth of Jamai Raja and that of Jamai 2.0 dress very differently…

There is a lot going on in his heart and mind. But Siddharth has to appear very casual. The meticulous, the dangerous, the unpredictable and edgy side to him is something only he can know. He cannot show that to anyone. He has to appear very boy-next-doorish, so you will see him in loose clothing, floral prints. Now, usually, people who have nurtured an agenda for years will not appear like Siddharth. But a great amount of insight came from the director Shashant Shah, he told me, ‘Open your wardrobe to the character.’ He told me the moment you feel the character in the clothes, the audience will feel it too. The designer has done an excellent job with the outfits. Most of these outfits, I wanted the guy to also look a lot like Ravi. You’d have seen most of these outfits before, I have used my own clothes.

Season one of Jamai 2.0 is only the beginning of going edgy and getting disruptive with the content. I think by the time we get to the next season, we will be even crazier. It will get more unpredictable, bigger and better.

Check out the trailer of ZEE5 Original Jamai 2.0 here:

Jamai 2.0 is the web sequel of Zee TV show Jamai Raja. It stars Nia Sharma opposite Ravi. The digital drama premiered on ZEE5 on 10 September 2019.