Raju Srivastava's colleague and close friend Kapil Sharma penned an emotional note while bidding a teary adieu to the 'King of Comedy'. Raju Srivastava passed away at the age of 58 after battling for life for 40 days on the ventilator. 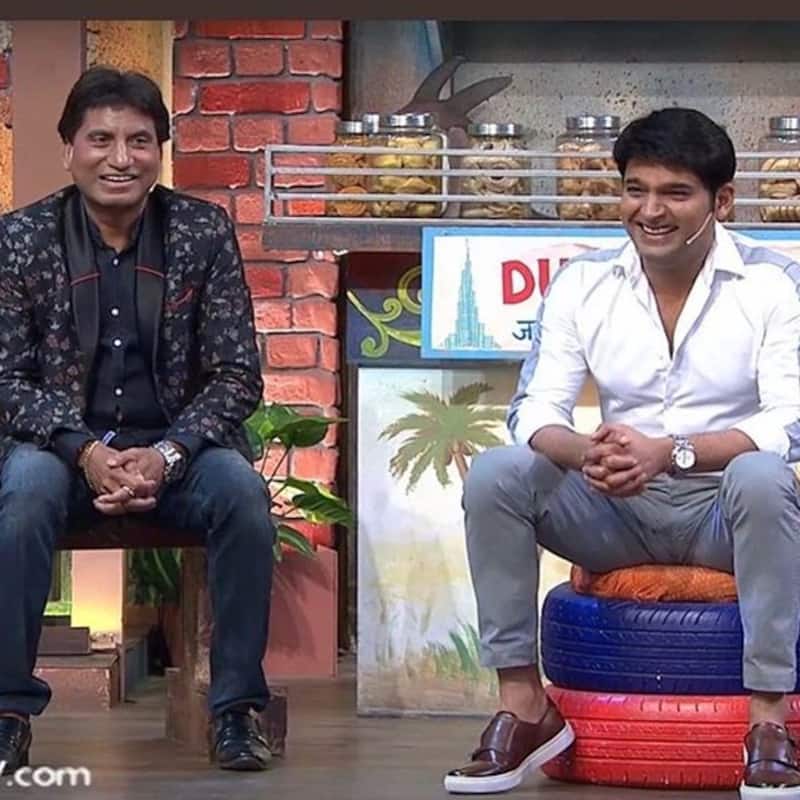 The entire nation is in disbelief with the passing of Raju Srivastava at the age of 58. The ace comedian breathed his last around 10:30 am on Wednesday at AIIMS, New Delhi. He battled for life for 40 days on the ventilator after suffering cardiac arrest on August 10 while working out in the gym. His colleague and close friend Kapil Sharma has bid a teary adieu to the 'King of Comedy'. Also Read - Raju Srivastav Prayer Meet: Kapil Sharma, Bharti Singh, Shailesh Lodha cannot control their tears as they meet the bereaved family [Watch Videos]

Kapil took to Instagram to share a smiling picture of Raju Srivastava from his visit to The Kapil Sharma Show. He penned an emotional note in Hindi on his passing which reads, "Aaj pehli baar aapne rulaya hai Raju bhai. Kash ek mulakat aur ho jati. Ishwar aapko apne charno me sthan dein. Aap bohot yaad aayenge. Alvida. Om Shanti (For the first time you have made me cry Raju bhai. I wish we could have met for one last time. I pray the almighty to shelter you under his love. You will be badly missed. Goodbye. RIP)." Also Read - Raju Srivastava prayer meet to be held in Mumbai on Sept 25; wife Shikha to fly to the city [Read Deets]

Raju's family has informed the media that the comedian will be cremated at Nigambodh Ghat in Delhi on Thursday, September 22. His mortal remains will be taken to Raju's Delhi residence in Dwarka.

Raju's wife Shikha has remained inconsolable ever since the comedian's demise. She has not been in a condition to talk about it. She said Raju fought very hard, she was really hoping and praying to see him come out of it. She concluded saying that Raju was a true fighter.