At the age of 17, Ekta Kapoor was handed over the reins of producing software for a television channel. A reluctant child who wanted to party her life away was now forced by her superstar actor-father Jeetendra to either get married or start working. The channel eventually got sold and all she was left was with a software nobody was willing to buy. But here's how she changed her fate!

Ekta Kapoor is the Queen of Indian television and we are not hearing arguments. In fact, it is time to toast that as her company Balaji Telefilms completed 25 years on Thursday. Ekta, under her very banner, has shaped up television in India with her famous ‘K’ serials and several other shows. Tweeting about the milestone, Ekta wrote, “25 years of BalajiTelefilms. It started in August 1994.” Dheeraj Dhoopar, who plays the lead in Ekta’s show Kundali Bhagya, tweeted the ‘daily soap queen’ saying ‘Yayyyy! Congratulations’ and a heart emoji. Ronit Roy, Siddharth P Malhotra, Sophie Choudry and others too tweeted to the celebrity, sending their good wishes to Ekta. Also Read - Trending TV News Today: Reports of Indraneil Sengupta and Barkha Bisht living separately, Eijaz Khan, Arshi Khan on Bigg Boss 15 moving to OTT and more

And I also wonder if I am the actor who has clicked the maximum programming hours for #balajitelefilms ?

At the age of 17, Ekta Kapoor was handed over the reins of producing software for a television channel. A reluctant child who wanted to party her life away was now forced by her superstar actor-father Jeetendra to either get married or start working. The channel eventually got sold and all she was left was with a software nobody was willing to buy. Ekta kick-started her career again, solely out of her love for television content, and shot for pilot episodes of Hum Paanch. By 19, she had a hit series on Zee TV revolving around the lives of five sisters, a story that came out of nowhere announced her arrival on the throne of television. That was how it all began! Also Read - Kundali Bhagya's Prithvi aka Sanjay Gagnani shares a shocking WORST incident that took place on the sets of the show [Exclusive]

After a bumper opening on the Hindi idiot box, Ekta travelled down South. Despite a non-prime time slot which she only got because Rajinikanth made a call, her show Kudumbbam became an instant success. Several shows later, Ekta earned her breakthrough with the introduction of her ‘K’ serials thereby rewriting the rules of how Indians viewed TV, one show at a time. However, nearly half a decade of a triumphant inning, things slowed down at Balaji Telefilms. A teenager who had started out with an out-and-out comedy series sprung into the Hindi GEC field and went all out with her creativity. Sorry Karan Johar, but Ekta told us way before you did, that it’s all about loving your family through her ‘K’ shows. Also Read - Yeh Rishta Kya Kehlata Hai, Ghum Hai Kisikey Pyaar Meiin, Imlie and more – ASTONISHING TWISTS to unfold in tonight's episodes of your favourite TV shows

After a couple of patchy years, she jumped back into action with Pavitra Rishta starring Ankita Lokhande and Sushant Singh Rajput. Besides the storyline, Ekta enjoys a reputation and believes so in giving a chance to newcomers. Many of her crew have become top producers and writers in the small screen industry today and she only takes pride in having been a part of their journey! Rough times made the Kapoor scion foray into the film universe with Balaji Motion Pictures and ALT Entertainment to gauge that much-needed youth connect. 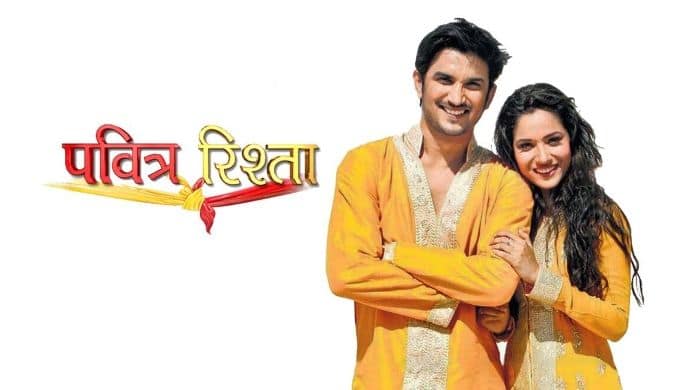 Indian television had for long enjoyed the mythological genre. But it was Ekta who gave it a spin with her hit shows that also brought a fictional touch on the side. Sample Jodha Akbar, years after its stellar run and several reruns, the audience still cannot get enough of Rajat Tokas and Paridhi Sharma Akbar and Jodha. Her hands-on approach from the dialogues to costumes to set design to narrative have all led to the crowning of Ekta as the ‘TV Czarina aka Daily Soap Queen.’ She does credit her mother and Balaji Telefilms MD Shobha Kapoor for pushing through and against all the odds, especially when she wanted to quit. Imagine what the world would have been like without Ekta?

Rightfully, Ekta isn’t afraid to take a leap of faith. Even when she gave us Brahmarakshas or Kasamh Se, she tested new waters – horror and age-gap. Both can be very tricky, but not if you come equipped with a creative wand as Ekta does! She just weaves magic and knows what her fans want and gives exactly that! Thus, when she decided to introduce a spin-off show Kundali Bhagya, for Kumkum Bhagya, the world knew she couldn’t have been any more right. Both the serials enjoy a fan base of their own, and in fact, race to the top spots in the BARC ratings every week! In the world of entertainment, nothing spells success quite like numbers, eh? 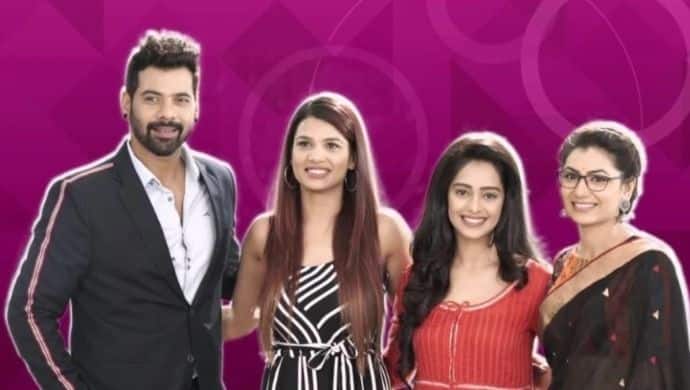 They say ‘uneasy is the head that wears the crown,’ but we don’t quite agree it applies to this magician here who was custom made for the title. “I ate, drank, slept and married television,” she recently revealed her success mantra in an interview with a magazine! Ekta can be safely said to be the reigning rani of Indian television. The throne belongs to her. She delved into the web space with her digital venture ALTBalaji a while, entertaining the web audience. The OTT platform recently announced an alliance with ZEE5, marking a one-of-its-kind union! So, which is your favourite Ekta Kapoor-produced show?