Swaran Ghar actress Sangita Ghosh come out in support of her team as they got brutally trolled online due to the Dupatta scene that was recently featured on the show. Sangita also slammed Kamya Punjabi for her words.

Sangita Ghosh and Ajay Chaudhary starrer Swaran Ghar have been the talk of the town for a while now. It is because of a scene that got trolled online recently. For the unversed, Sangita Ghosh and Ajay Chaudhary had a scene wherein the former's dupatta gets stuck in a fan and the latter tries to rescue her. The scene was too dramatic and received criticism from across the country. However, Sangita has stood by her team and has also reacted to the statement in her latest Instagram post. Also Read - Trending TV News Today: Tejasswi Prakash's fans slam Pratik Sehajpal, Disha Parmar grooves to Rahul Vaidya's Naughty Balam and more

Sangita Ghosh releases a statement on the Swaran Ghar scene

Sangita began her statement saying, "I take everything with a pinch of salt and did the same with this video also. I think when your audience gives you so much love and appreciation, they also have the right to criticise. I told everyone on the set that at least hum viral hogaye (laughs). We do make mistakes in life and shows. One has to move on eventually. The intention and the execution did not come out the way it was planned. The team has already realised where they went wrong. And as actors, we do not have the last word but I think everyone will be careful next time." Also Read - Dhaakad box office collection: Kangana Ranaut's film joins Ranbir Kapoor's Bombay Velvet as one of Bollywood's biggest flops? Read report

She added, "The show is a progressive one and has been lauded for its content. Yes, we faltered but that doesn't mean we are not doing good work. Television has been instrumental in taking up so many sensitive topics. I, myself, have done some amazing work. Thank You, Sangita Ghosh." Also Read - Cannes 2022: Deepika Padukone takes the streets of the French Riviera by storm in her flowy outfit

Sangita also slammed Kamya Punjabi comment on the scene. Kamya had said, "This is precisely why despite having some brilliant actors TV content is looked down upon, compared to films and web." Sangita clapped back at her saying, "What a shame the person who works in the industry himself is saying such a thing. The one who works for TV, considers TV less than OTT and films, what should I say?" 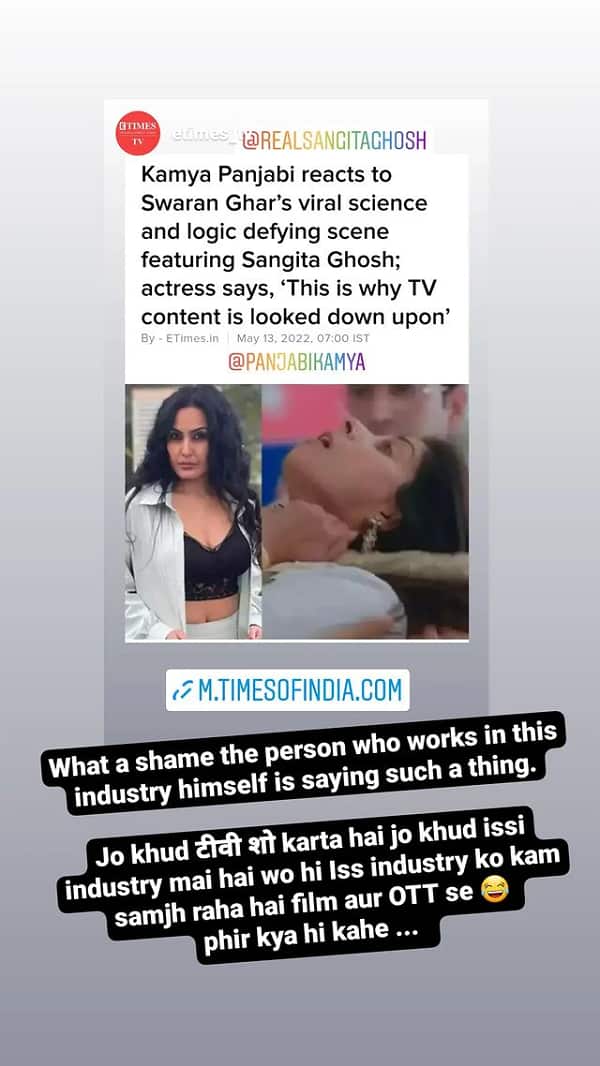 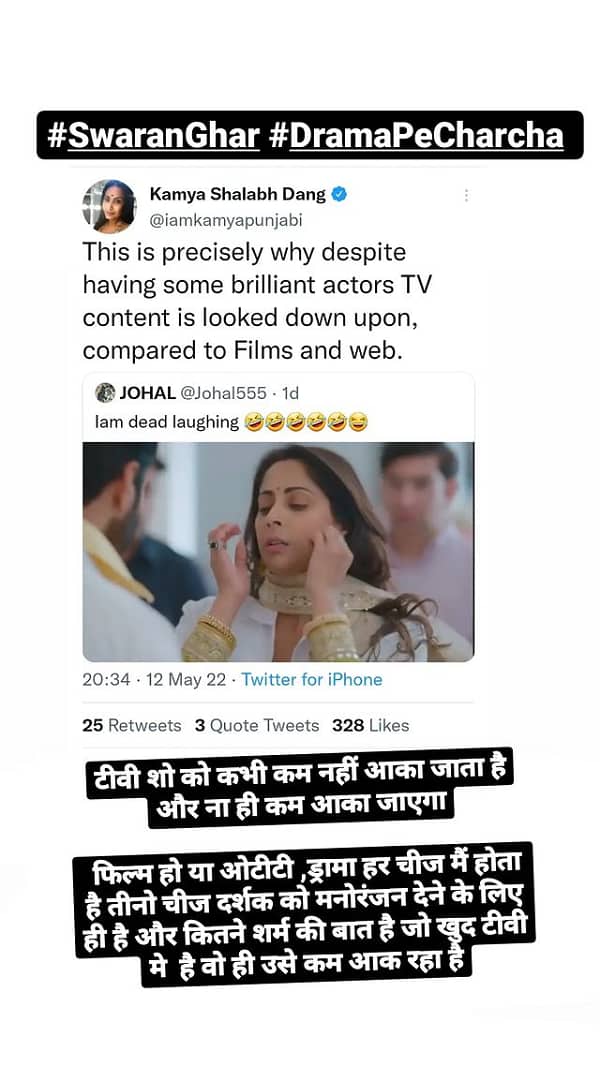 Sangita also added, "TV shows are not deemed less, nor will they ever be considered any less. Drama is there in everything -- be it film or OTT. All the three things are for the entertainment of the audience and it is a shame that a person who works in TV industry is looking down upon it."