Shaheer Sheikh heaped praises on his co-stars Shivangi Joshi and Randeep Rai. The two are currently essaying the roles of Anandi and Anand in Balika Vadhu 2. Shaheer has worked with Randeep in Pavitra Rishta 2.0 and with Shivangi in a music video, O Dilbar Yaara.

Shaheer Sheikh is one of the most loved stars on Indian television. His acting chops, handsome personality, soulful voice and expressive eyes often tug at the audience's heartstrings. The actor is currently enjoying the duties of being a father to his little one - Anaya. This year Shaheer Sheikh was seen in Kuch Rang Pyaar Ke Aise Bhi 3 and music videos such as Baarish Ban Jaana, Mera Dil Bhi Kitna Pagal Hai, Mohabbat Hai and O Dilbar Yaara. Recently, Shaheer heaped praises on his co-stars Shivangi Joshi and Randeep Rai. The two are currently essaying the roles of Anandi and Anand in Balika Vadhu 2. Also Read - Trending TV News Today: Shehnaaz Gill's spoof video with Yashraj Mukhate viral, TMKOC's Shailesh Lodha trolled for The Kapil Sharma Show visit and more

Shaheer Sheikh took to his Instagram stories and shared a video of the latest episode of Balika Vadhu 2. The scene features Anand seeing Jigar taking care of Anandi. He captioned the post saying, "Watching some of the most talented people I know on #BalikaVadhu2." He tagged both Shivangi and Randeep. Also Read - Randeep Rai and Ashi Singh starrer Dil Tujhko Chahe win hearts; AshDeep fans express joy on seeing their FAVE Jodi together again 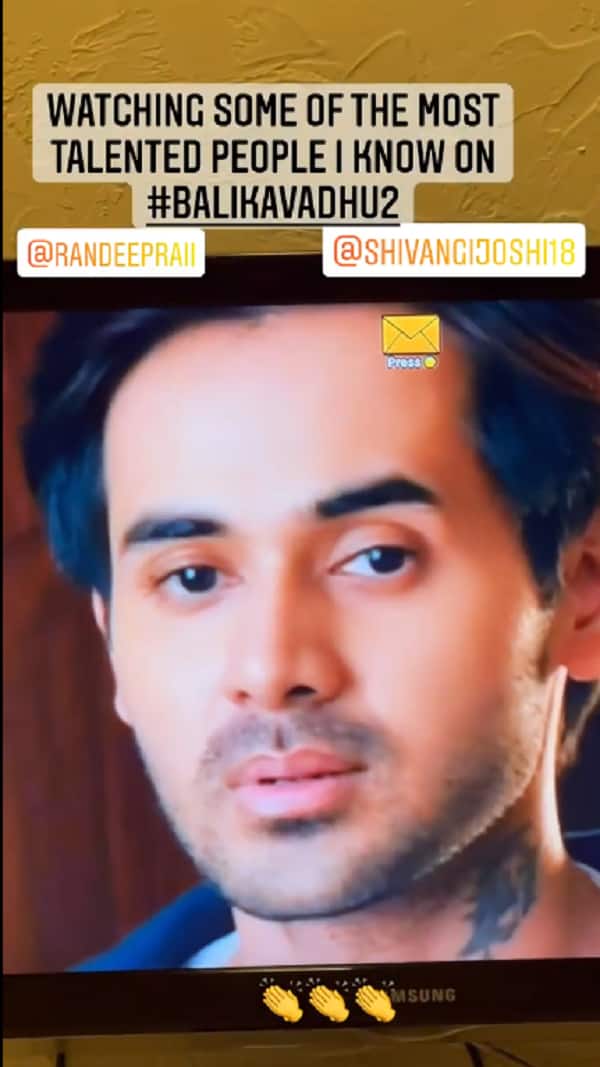 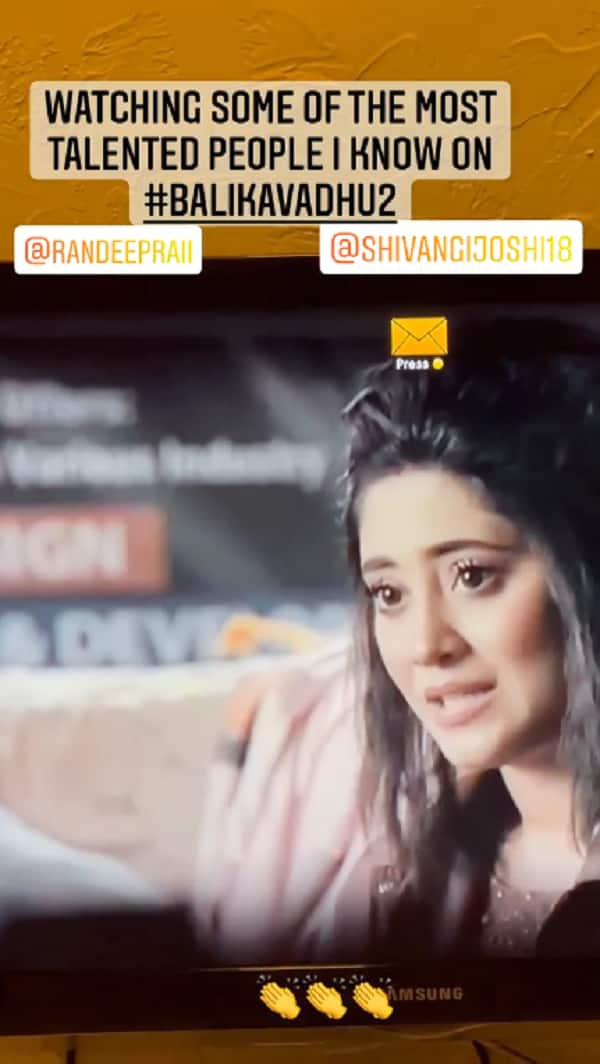 For the unversed, Shaheer has worked with Shivangi and Randeep this year. Shaheer was recently seen in a music video - O Dilbar Yaara with Shivangi, whereas he shared the screen with Randeep Rai in the reboot of Pavitra Rishta. Randeep played Sachin to Shaheer's Manav in Pavitra Rishta 2.0.

Both Shivangi and Randeep re-shared the story and thanked him. Randeep shared the story and captioned it saying, "Bhai," with a red heart emoticon. Shivangi, on the other hand, put surprised and happy emoticons and gifs while re-sharing his story. Check out the snapshots of the same here: 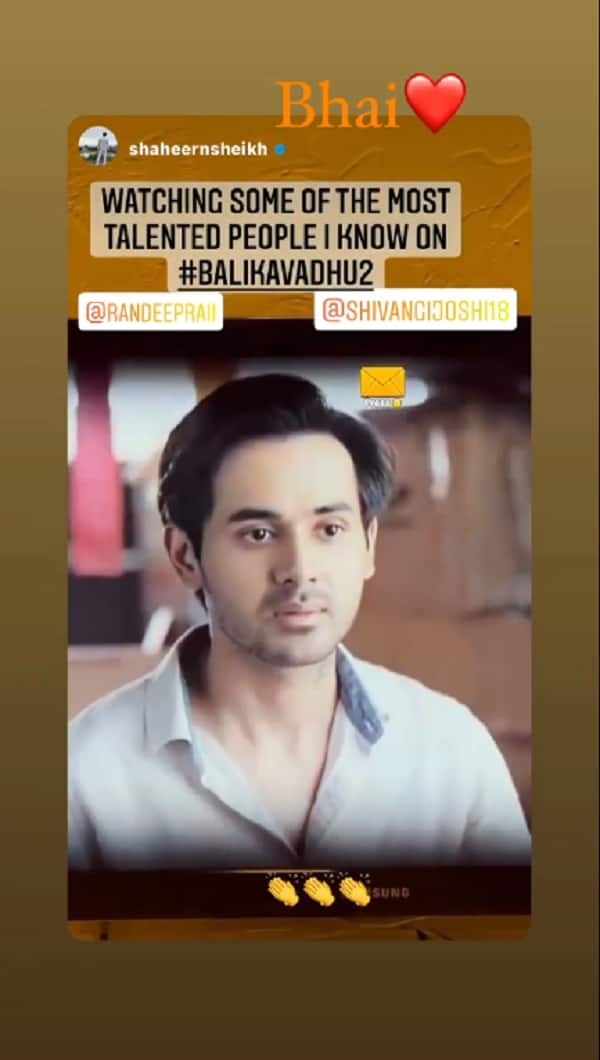 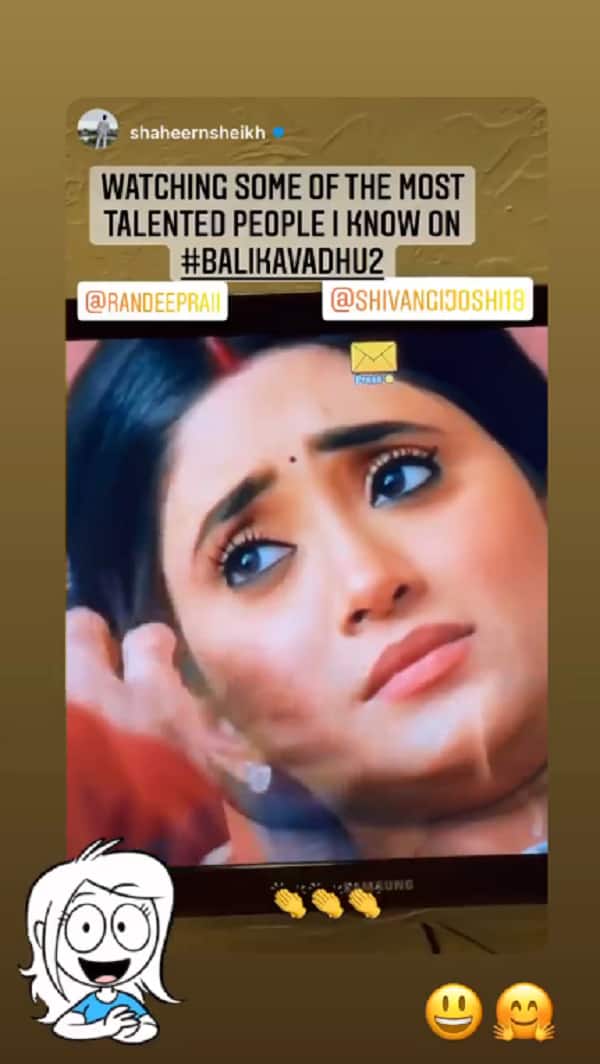 Meanwhile, Balika Vadhu 2 is just getting interesting these days. Anand has grown protective of Anandi. He has doubts about Anandi's sudden marriage with Jigar. Anand s determined to find out the truth. When? Well, stay tuned to BollywoodLife as we bring all the updates for you.