Raqesh and Shamita always had a choice to say no to promoting the song together, but they didn't s there is anything sour between them and the awkwardness was only in front of shutterbugs as they didn't know how it will turn up. 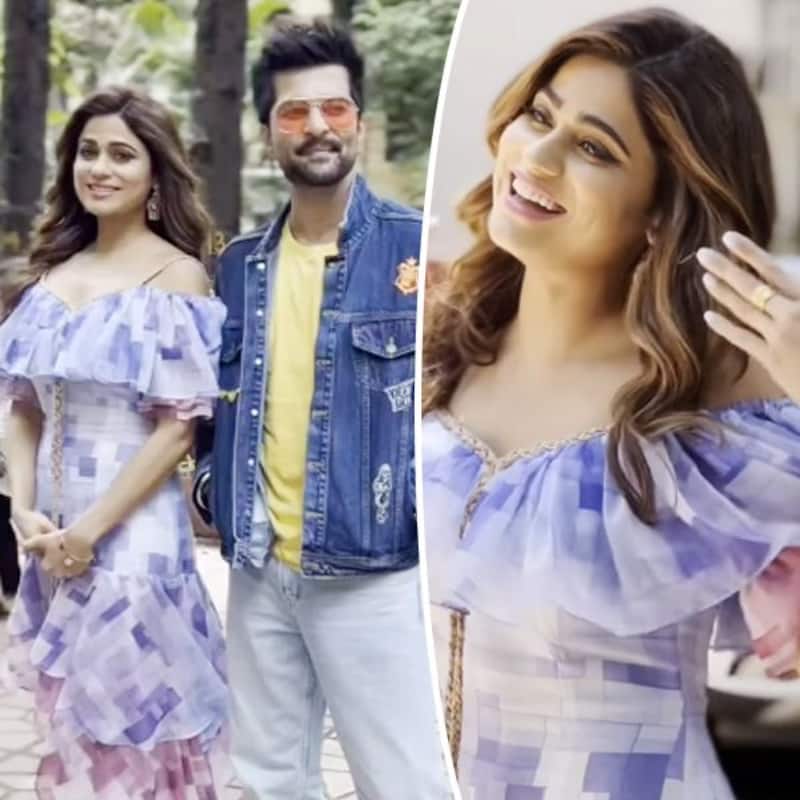 Shamita Shetty and Raqesh Bapat are back together and this time to promote their first album 'Tere Vich Rab Disda'. While the couple stepped out in the city to promote their song together there is an evident awkwardness between them. As they posed for the shutterbugs, Shamita and Raqesh stood together but had an awkward distance between them that only showed the couple is not very comfortable in each other's company. While Shamita put up her brave front ahead and was all smiles at the paparazzi looking extremely beautiful in that easy breezy blue colourful dress. Raqesh too managed to have that constant smile on his face, putting his hand in his pockets. Well, it's not easy to be cordial with their ex. But Kudos to the couple, who showed their extremely professional side. Also Read - Shamita Shetty-Raqesh Bapat, Gauahar Khan-Kushal Tandon and more Bigg Boss jodis who broke up after the show got over

An insider reveals, " Raqesh and Shamita always had a choice to say no to promoting the song together, but they didn't as there is nothing sour between them and the awkwardness was only in front of shutterbugs as they didn't know how it will turn up. However, Shamita and Raqesh are good friends and only wish good for each other." The couple recently announced their separation and insisted the fans continue to give them all the love. Also Read - Shamita Shetty and Raqesh Bapat announce split after months of speculations; request ShaRa fans to support them as individuals

Shamita and Raqesh had fallen in love during their Bigg Boss OTT stint and after that they declared being in a relationship in the Bigg Boss 14 house. While before they announced separation, there was a strong buzz about them parting their ways. The report suggested that Raqesh wants Shamita to get married and shift in his Pune house, while Shamita wanted to focus on her career as after a long time she got her desired fame. However, the couple later rubbished all the claims and maintained the fact that they are extremely cordial with each other. Also Read - Trending TV News Today: Nakuul Mehta morphs Ranveer Singh's nude pic, Divyanka Tripathi Dahiya slams troll for fat-shaming her and more