Its Saturday and we are here with the top stories from the television industry, which generated huge buzz this past week. Sharad Malhotra-Surbhi Chandna, Jasmin Bhasin-Aly Goni, Indian Idol 12, and others have made it to the list this week. 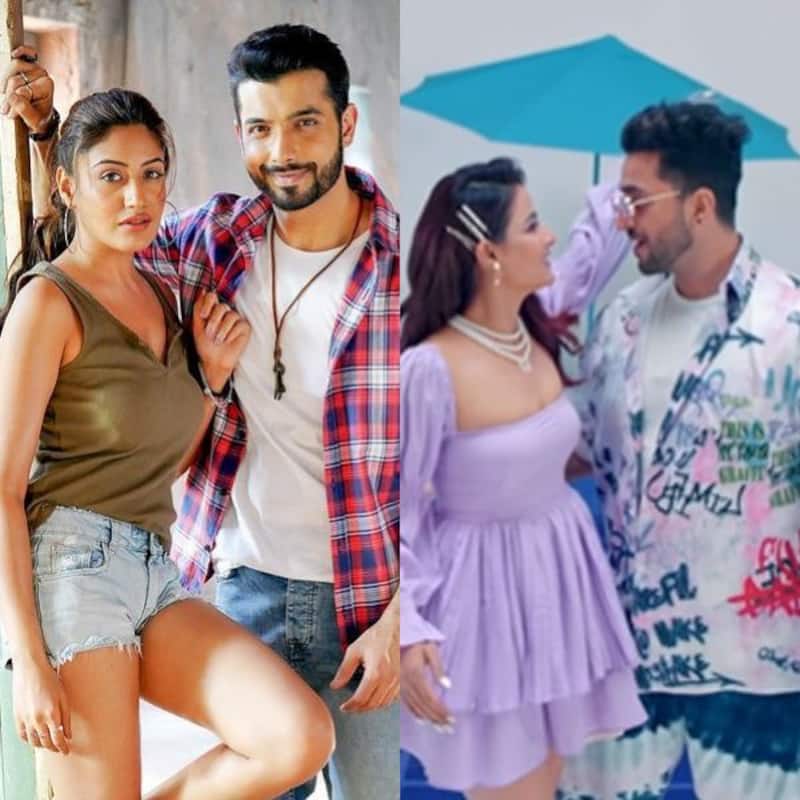 It's time to look back at the week that has passed. There were copious interesting stories, but if you guys missed any, fret not. We are here to assist you by bringing back those big stories of the week. Sharad Malhotra and Surbhi Chandna's new music video, Jasmin Bhasin and Aly Goni and Nikki Tamboli Twitter episode, here are the stories that created a lot of buzz. Without further ado, Take a look at the TV Newsmakers of the week: Also Read - Tejasswi Prakash, Rubina Dilaik, Ankita Lokhande and more telly beauties spell magic in their no-makeup looks

Sharad Malhotra and Surbhi Chandna won our hearts with their crackling chemistry in Ekta Kapoor's supernatural show, Naagin 5. While the duo are coming together for a music video, they are raising our excitement by sharing some amazing BTS pics from the sets. Now, they have shared the poster of their music video. They will be seen in a music video titled, Bepannah Pyaar. The poster makes us wish to see them together again in a show. Also Read - Sherdil Shergill: Before Surbhi Chandna bagged Manmeet, THESE 5 TV beauties refused the role opposite Dheeraj Dhoopar

Just such a perfect reply... https://t.co/yJQzWWiPlf

Nikki Tamboli has been the topic of discussion on social media. The lady did an interview with VJ Andy. In the interview, the host asked Nikki Tamboli if she would like to go on a date with Aly Goni. He asked her if she did do that if he broke up with Jasmin Bhasin. Nikki Tamboli said she could even now but as a friend. On the show, she had said that she really likes Aly Goni. But he said that he could no romantic feelings for her as he is madly in love with Jasmin Bhasin. Fans will remember the conversation between Rakhi Sawant and Nikki Tamboli where she had said that she finds the chemistry missing between the two. Fans got upset and began trending ALY SIRF JASMIN KA HAI. They were equally critical of VJ Andy for asking that question. Fans of Jasmin Bhasin, Aly Goni and Rahul Vaidya got together to went their ire on Nikki Tamboli. Even VJ Andy was trolled as he has made quite a few statements against Jasmin Bhasin. Also Read - Surbhi Chandna, Hina Khan paint the perfect vision of ethnic beauties as they scorch the ramp at a fashion show [View Pics]

Gauahar Khan landed in trouble. The actress recently lost her father and now a controversy has surrounded her. Earlier today, it was reported that the Brihanmumbai Municipal Corporation (BMC) filed an FIR against Gauahar Khan for allegedly steeping out to shoot despite testing positive for Coronavirus. Another BMC official told India Today that they had received a complaint from someone that Gauahar wasn’t at home even after testing positive for Covid-19. Not just this, even the Federation of Western India Cine Employees has issued a non-cooperation notice for two months against actress Gauahar Khan for violation of the government rules on the Covid norms for film shooting. Gauahar Khan’s team then defended the actor. They issued a statement that said that the actor had tested negative in multiple reports and also that she is a law-abiding citizen. The statement read, "For everyone sending their best wishes and concern for Gauahar Khan, here’s the latest report. She’s tested negative in multiple reports. She’s a law abiding citizen and complying with all the norms of BMC. This is to appeal for all the speculation to be put to an end. Gauahar Khan is cooperating with everything that the BMC requires. Requesting all the media houses to not indulge in speculation and respect Gauahar’s emotionally lowest low time as she’s just lost her father 10 days ago and she’s going through everything that is expected from her by the BMC. So with folded hands we want Gauahar’s time to her self, respectfully and let her heart heal in this mourning time."

Popular composer and singer Anu Malik, who opted out of Indian Idol 11 as a judge after being accused of #MeToo, is making a comeback in the 12th season but as a guest. He will be gracing the stage along with singer Udit Narayan and lyricist Sameer in the 90s special episode. Bollywood's one of the most fittest celebrity Shilpa Shetty Kundra will soon be seen gracing the stage of Indian Idol season 12 in the upcoming episodes. The actress will be there to promote her upcoming dance reality show Super Dancer Chapter 4 along with choreographer Geeta Kapoor and filmmaker Anurag Basu.