Ashneer Grover aka one of the Sharks of Shark Tank India has yet again grabbed headlines. This time for his visit to California. He has been brutally trolled for the same but there are some fans who cannot stop raving about his sneakers. 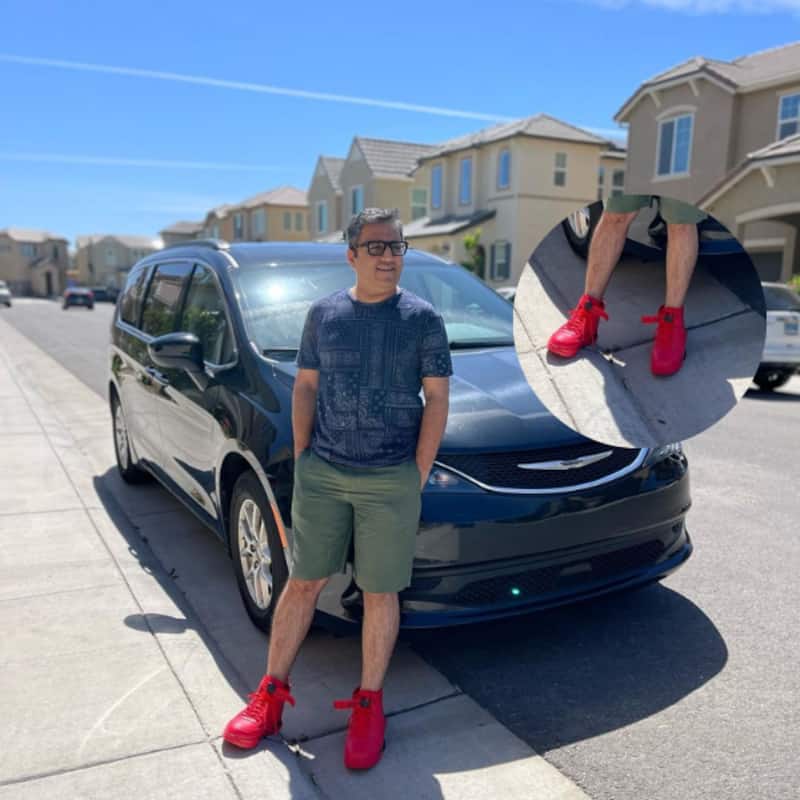 Ashneer Grover rose to pan-India fame with his stint on the popular talent based TV show encouraging entrepreneurship, Shark Tank India. The TV show featured sharks aka business entrepreneurs who listened to the ideas of budding entrepreneurs and invested in their start-ups /business ideas. Ashneer Grover has been one of them, sharks. His fame increased a hundred folds after Shark Tank India. A couple of weeks ago, he resigned from his post at BharatPe, of which he is a co-founder. Also Read - Liger BTS: Ananya Panday and Vijay Deverakonda open up on the real challenges of shooting the film [Watch]

And now, one of his latest posts is going viral. Ashneer Grover is in California. And while people on the internet are busy trolling him with his dialogues there is a majority of them who couldn't help but take notice of his shoes. Ashneer is wearing red shoes by Sudden Wealth (name of the brand) and fans are loving them. One of the netizens asked him, "Jute promote krne ke kitne paise mile?" Another unaware netizen asked him, "@ashneer.grover massive respect for everything sir... I just wanna know the brand of shoes you're wearing. They're legit cool." A lot of his fans recited Ansheer's dialogues from Shark Tank India. Ashneer captioned the post saying, "Back to my favourite summer place - California ! Let’s shake things up a bit ;)" Check them out here: Also Read - Trending TV News Today: Raju Srivastava health update, Jasmin Bhasin's Bollywood debut, Akshay Kumar on new The Kapil Sharma Show and more 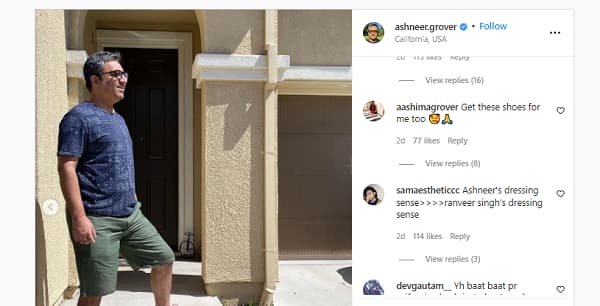 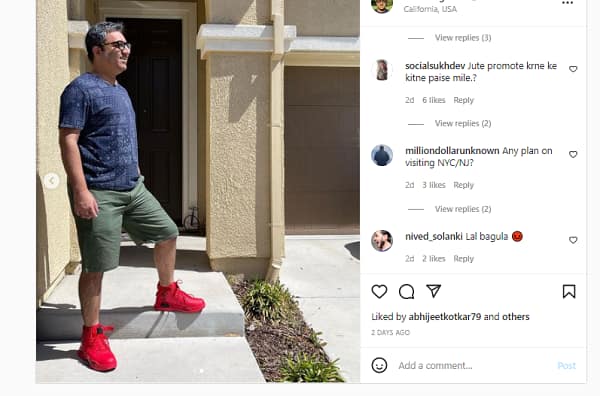 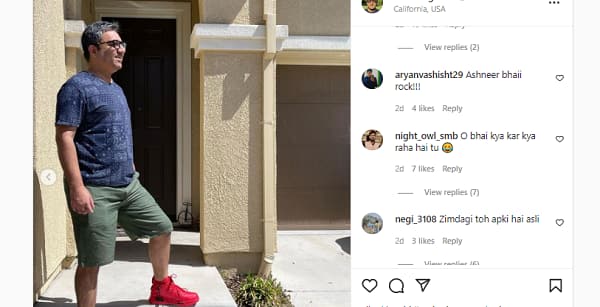 Meanwhile, a couple days ago, Ashneer Grover had made some shocking revelations about fees of the sharks. He revealed they weren’t paid anything while adding that they went with the intention of some fame. “The concept of the show is very simple; they believe we have money, and they felt that we all have high-value startups, we’d be able to invest some money on the show. So, they asked us to commit to spending Rs 10 crore each on the show. We said okay,” he said.

“We weren’t paid anything for any episode; in fact, we worked like bonded labour for hours and hours,” he added, reported Indian Express. Shark Tank India will soon return with season 2.