Shehnaaz Gill has been the talk of the town for the last couple of hours. She partied the night away with Giorgia Adriani who was celebrating her birthday yesterday. After the event, Shehnaaz called her fans her ARMY, and here's how it is connected with the biggest Kpop sensation BTS. 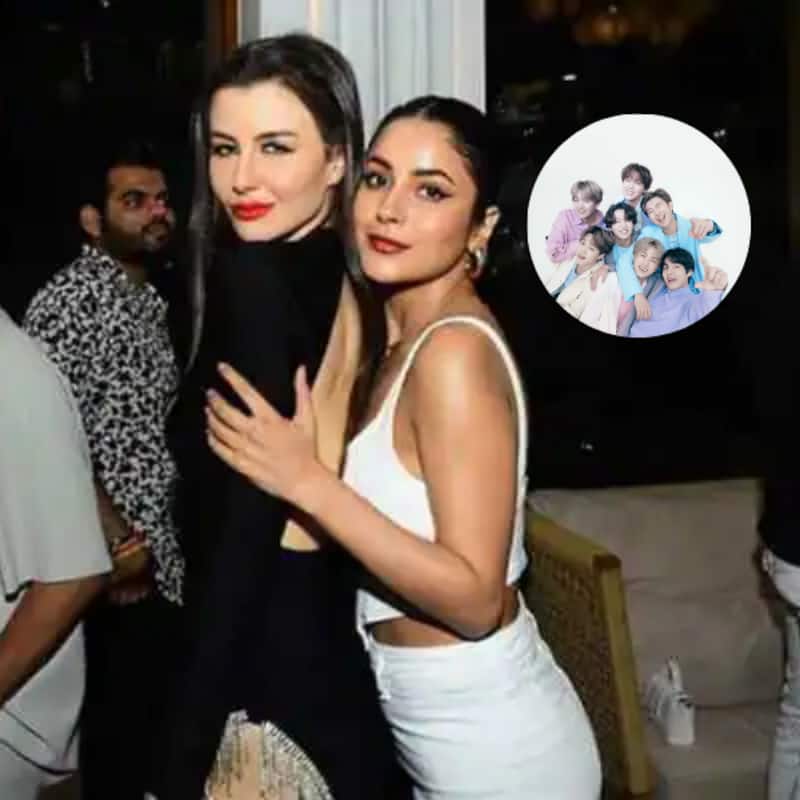 Shehnaaz Gill partied the night away with Giorgia Adriani and Arbaaz Khan last night. It was Giorgia's birthday. Shehnaaz Gill stole the show last night and fans are going gaga over how hot she looks in a white co-ord set. Shehnaaz 's visuals from last night's party are going viral on the gram. While leaving the party, the actress was followed by the paparazzi. The Bigg Boss 13 fame was asked to say something about her fans. Shehnaaz called her fans her ARMY. And it has a BTS connect. BTS aka Bangtan Sonyeodan is the biggest and most popular boyband in the world. They call their fans their ARMY. Also Read - Shehnaaz Gill sings Kaun Tujhe Yun Pyaar Karega and points at the sky; SidNaaz fans miss Sidharth Shukla [Watch]

For the new and unversed, BTS fans call their fans ARMY because of their loyalty and their protectiveness. BTS ARMY is very protective of the seven member boyband. They always stand by them against all the hate they get. BTS have called them their ARMY, their proofs. And that's just like the Shehnaazians aka Shehnaaz ARMY are. The fans have always considered them to be hr ARMY. They have been protecting Shehnaaz from all the hate and controversies. Shehnaaz ARMY has been trending on Twitter since last night. Also Read - Trending Hollywood News Today: Kylie Jenner preparing baby to be an athlete, Blackpink set to return, Viola Davis' The Woman King trailer and more

In other news, Shehnaaz Gill was brutally trolled a couple of weeks ago. Her camaraderie with Salman Khan received a lot of flak. She was seen hugging and kissing the Tiger 3 actor. Shehnaaz is very close to Salman. The Dabangg actor, too, dotes on her. However, fans trolled her and called her drunk, etc. Shehnaaz's fans had stood by her side. Even when Shehnaaz released a tribute song for Sidharth Shukla, she was called out. Shehnaaz was also slammed for her new glam avatar, too. Also Read - Sonakshi Sinha's blonde look gets mixed reactions; netizens call her 'jalpari', 'Game of Thrones in Lokhandwala' and more

Meanwhile, it is said that Shehnaaz Gill has been offered a role in Kabhi Eid Kabhi Diwali. It is said that she will be paired opposite Aayush Sharma in the movie.