Shehnaaz Gill's fan asks her 'Will you marry me?' Kabhi Eid Kabhi Diwali actress' reply is winning the internet

Shehnaaz Gill recently sat down for a fun chat with fashion designer Masaba Gupta and one of the fan questions that Masaba read out for Shehnaaz was, "Will Shehnaaz marry me?" To which, Shehnaaz replied in a hilarious way. 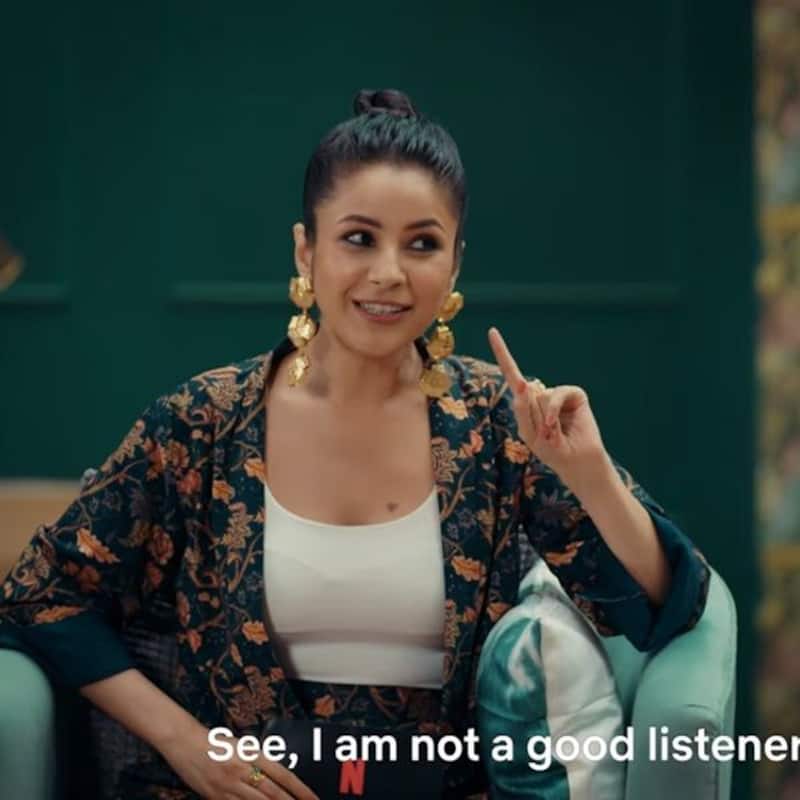 After her successful stint in Bigg Boss 13, Shehnaaz Gill will soon make her big Bollywood debut with Salman Khan's upcoming film Kabhi Eid Kabhi Diwali. She has already been a sensation on social media, thanks to her epic body transformation and stunning photoshoots. She recently sat down for a fun chat with fashion designer Masaba Gupta and they tossed fan questions at each other on Masaba Masaba season 2. Also Read - Friendship Day 2022: Mouni Roy-Arjun Bijlani, Ankita Lokhande-Rashami Desai and other BFF jodis from TV world with a long standing friendship

One of the fan questions that Masaba read out for Shehnaaz was, "Will Shehnaaz marry me?" To which, Shehnaaz replied in a hilarious way saying they can send their bio data but also warned them that it is difficult to tolerate her. She said that one will eventually get bored of her since they will have to listen to her 24 hours and keep saying good things about her. Also Read - Bhaijaan: Salman Khan ropes in world's smallest singer Abdu Rozik of Tajik fame for THIS special role

"Agar fans puch rahe hain, toh haan thik hai. Bhejo apba bio data. Mujhe jhelna bahut mushkil hai. I am not a good listener. Meri 24 ghante taarif karni padegi, kitni der karega. Kyu puch rahe hain 'marry me' pakh jaoge. Mere sath marriage wale plans mat karo. 24 ghante meri baate karni padengi aur agar mere baare mein baat nahi karoge toh mein nikal jaungi apne raste.(If fans are asking then okay. Send your bio data. But I have to say, I am very difficult to deal with. I am not a good listener. You have to listen to me talking for 24 hours and you also have to say good things about me. Why are you even asking me for marriage? You'll get tired of me. You'll have to keep hearing me talk for 24 hours and if you don't talk about me, I will walk away)," Shehnaaz said. Also Read - Shehnaaz Gill gets down and dirty in the mud as she goes off roading; fans say, 'Mummy maregi' [View Pics]

When Masaba asked Shehnaaz why is she called Sana, to which, she replied saying that her parents named her Shehnaaz at birth but they ended up calling her Sana, because somehow they knew Shehnaaz would become a brand so Sana would be meant as a casual name.

According to reports, Shehnaaz is paired opposite singer-actor Jassie Gill in Kabhi Eid Kabhi Diwali. She has a prominent role in the movie. They have a cute love story. The Farhad Samji directorial will see Pooja Hegde romancing Salman, while Raghav Juyal will romance Malvika Sharma. Shehnaaz was earlier paired opposite Aayush Sharma. However, he walked out of the film due to the creative differences at the last minute.