On Splitsvilla 14, when Sunny Leone complimented Urfi Javed for carrying her bold short black dress with two swans covering her bust, Urfi was seen giving a sassy reply to the host saying that they can't compete with her outfits. 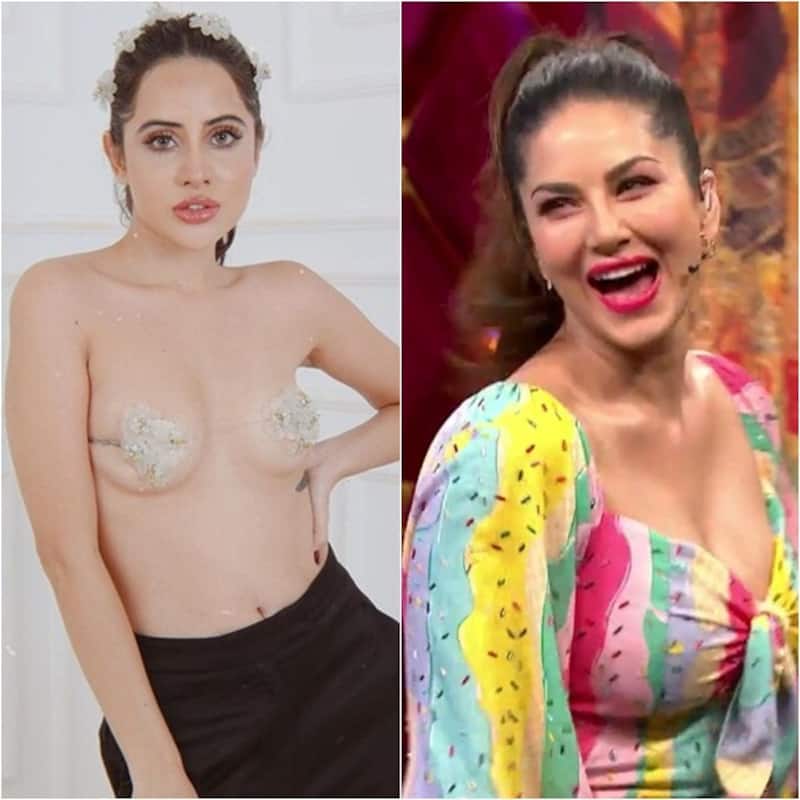 Urfi Javed has been hitting the headlines for the bizarre fashion choice ever since she got evicted in the first week of Bigg Boss OTT. She has been experimenting with her outfits a lot and making public appearances wearing the most revealing dresses ever. She is now seen on Splitsvilla 14 has a contestant and Urfi was seen giving a sassy reply to Sunny Leone when the latter complimented her. Also Read - It’s Awkward! Ranveer Singh, Malaika Arora, Ranbir Kapoor and more celebrities' funny pictures will have you in splits

On the show, Urfi was seen wearing a short black dress with two swans covering her bust. The host of the show, Sunny Leone couldn't resist herself from complimenting Urfi for her unusual outfit. Whereas Arjun Bijlani started singing Chalo Ishq Ladaaye after looking at her outfit. Also Read - Ranveer Singh's nude photoshoot to Deepika Padukone's bikini from Besharam Rang: Celebrities who went BOLD in 2022

Sunny said, "Urfi your outfit is amazing and absolutely perfect as beachwear. I love your choice of outfits and this looks fab." To which, Urfi replied, "I am known for my unique dress sense. You can compete with me, but you can't compete with my outfit, as it is always out of anyone's imagination." Also Read - Tunisha Sharma suicide: Urfi Javed feels Sheezan M Khan cannot be blamed for her death; says no one is worth giving up your life [View Post]

A couple of days ago, Sunny praised Urfi for making a niche for herself in the industry which is very saturated. She lauded Urfi for owing up to what she is, how she talks, what she wears and what she does. Sunny said that Urfi has chosen to be this way, which might not be acceptable to lots of people.

Meanwhile, Urfi was seen making a connection with her co-contestant Kashish Thakur. Both were seen sharing romantic moments and she was also seen expresses her feelings for him saying that she has already said yes and now it was his turn.

While viewers were waiting to see if Urfi will be able to develop a spark with Kashish, the two had a huge fight and they decided to part ways with each other. Both were seen crying on the show.