Mika Swayamvar winner: Mika Di Vohti's latest episode dropped on the OTT platform and Mika Singh has picked Akanksha Puri to be the winner of the show and his future bride. Here's a dekko at her Mehendi and Haldi ceremony pics... 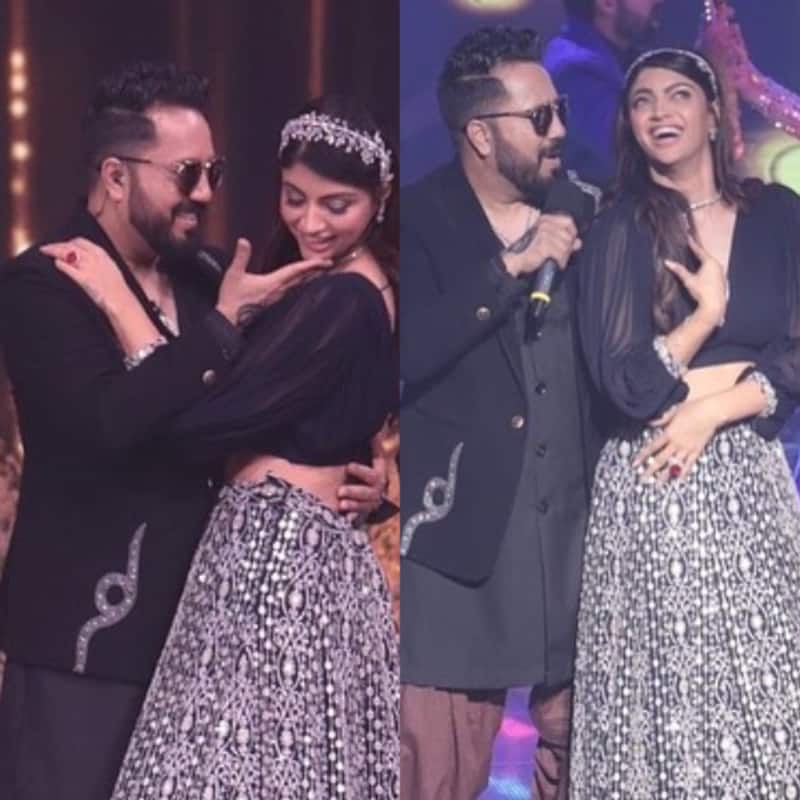 Mika Singh has chosen his bride! And it's none other than his best friend for years, Akanksha Puri. Yes, you read that right. Akanksha Puri beat Prantika Das and Neet Mahal to win Mika's heart. The contestants decked up in bridal looks. Akanksha Puri wore a pink lehenga choli, Neet Mahal wore a multi-coloured lehenga whereas Pranati Das was seen in a red lehenga choli, decked as a Bengali bride. The one to win the heart of Mika Singh was Akanksha Puri, whom he has known for years. Also Read - From Gauahar Khan to Karan Singh Grover: TV stars who were slapped in public

Before the big decision was taken, the three finalists had their Mehendi and Sangeet ceremonies. Mika Singh thanked the three beauties - Akanksha Puri, Prantika Das and Neet Mahal for making it to the top 3. He called the journey very difficult and lauded them for their patience. Mika thanked them for showering him with so much love and said that whoever he picks, he wishes to remain friends with the other girls for his life. Mika Singh then sang Kabhi Kabhi Mere Dil Mein and we see flashbacks of Mika spending time with Akanksha, Prantika and Neet. After having a heart-to-heart talk with each of them, Mika picks Akanksha as his future bride. Also Read - Trending Entertainment News today: Suhana Khan steals the show at Bhumi Pednekar Diwali bash, Ranveer Singh-Deepika Padukone missing from Diwali parties and more

Akanksha dropped pictures from her Mehendi and haldi night a couple of hours ago. For her Sangeet, Akanksha wore a black and a heavily embroidered lehenga. On her Sangeet night, Akanksha Puri and Mika Singh grooved on stage together alongside Guru Randhawa and other guests. For her Haldi, Akanksha wore a pale yellow lehenga choli and floral adornments. She also shared reels of her Mehendi and haldi ceremonies, check them out here: Also Read - After Karan Kundrra; Mika Singh SLAMMED for 'child abuse' as he features with 12-year-old Riva Arora in a music video

Mika Singh and Akanksha Puri have been friends for a long time. They share a friendship which for more than a decade. Before declaring Akanksha as his future bride, Mika Singh said that he would want his bride to be his friend first and remain his friend life long. Mika shared that he was very much confused between Neet and Akanksha while picking his Vohti.

Congratulations to Mika Singh and Akanksha Puri as they embark on a new journey after Swayamvar - Mika Di Vohti.