Taarak Mehta Ka Ooltah Chashmah big update: Sachin Shroff is all set to enter as the new Taarak, replacing Shailesh Lodha. Fans are unhappy and also worried about Jethalal (Dilip Joshi) who is not seen in the episodes for quite some time. 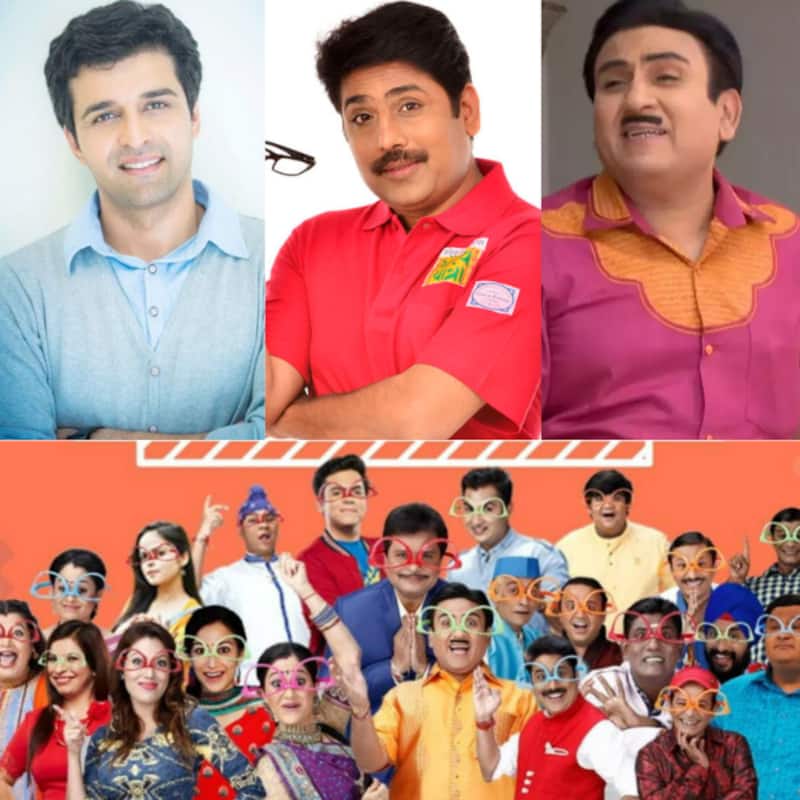 Taarak Mehta Ka Ooltah Chashmah is one of the most popular sitcoms we have on Indian television. Going on for about 15 years now, the show has a loyal and ardent fanbase. However, of late the audience has been criticising Taarak Mehta Ka Ooltah Chashmah a lot. From the changes in the actors to the jokes not making them laugh like before, the curious case of missing Dayaben (Disha Vakani) and more has left fans upset. Recently, it was revealed that the makers have found a replacement for Shailesh Lodha who played Taarak Mehta in Sachin Shroff, last seen in Ghum Hai Kisikey Pyaar Meiin. And now, they fear the replacement of Jethalal aka Dilip Joshi.

Sachin Shroff makes his entry as the new Taarak Mehta

In Entertainment News today, the makers of Taarak Mehta Ka Ooltah Chashmah dropped a new promo featuring a glimpse of a new Taarak Mehta. Sachin Shroff of Ghum Hai Kisikey Pyaar Meiin fame is replacing Shailesh Lodha as Taarak. In the promo, we see Anjali (Sunayana Fozdar) leaving the Ganpati pandal and refusing to participate in celebrations. As she is leaving, Anjali hears someone performing Aarti. The Gokuldham residents are as shocked as Anjali. Though we don't see Sachin Shroff's whole face as the new Taarak, the glimpse is enough for the fans to understand that he is not Shailesh Lodha. Check out the new Taarak Mehta Ka Ooltah Chashmah promo here:

Fans are unhappy and fear for Jethalal's replacement

For a while now, fans of Taarak Mehta Ka Ooltah Chashmah are quite unhappy with all the changes in the actors. A lot of changes in the cast have been made in the last couple of years. With the new entry of Sachin as Taarak, fans are quite upset and have called for a boycott. They don't want Taarak to be changed. Fans have been lamenting in the comments section that they want the old Taarak only. And some have even expressed their fear of Dilip Joshi aka Jethalal getting replaced since he has been missing from the show for a while. 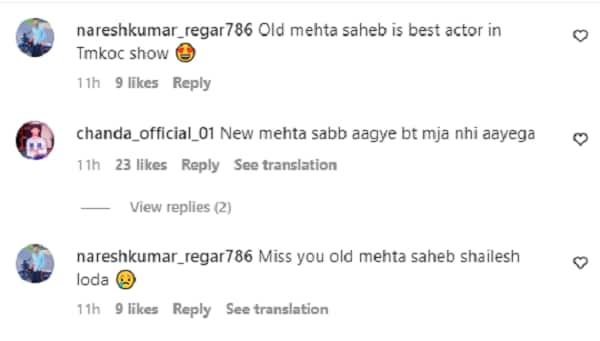 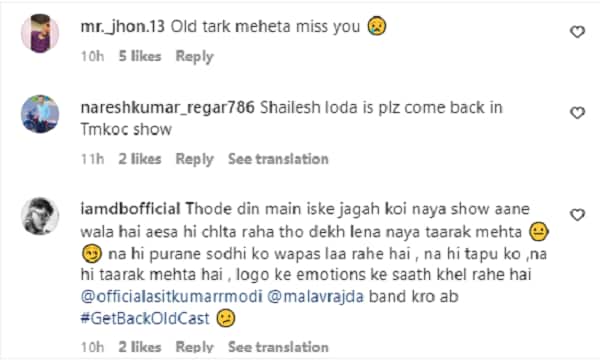 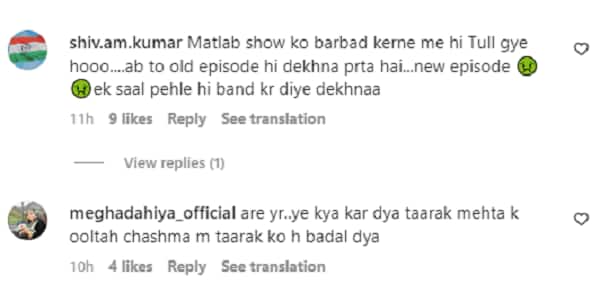 There have been reports that the makers are also hunting for a new Dayaben as Disha Vakani has yet again embraced motherhood. She welcomed a baby boy, a couple of months ago. When the makers brought in the twist of bringing a new Dayaben, the audience felt fooled as they placed a standee of Daya.