Shailesh Lodha quit Taarak Mehta Ka Ooltah Chashmah a couple of weeks ago much to the shock of the fans. And now, director Malav Rajda has shared a post with Shailesh and shared an interesting on-set BTS. However, fans have a special request to make. 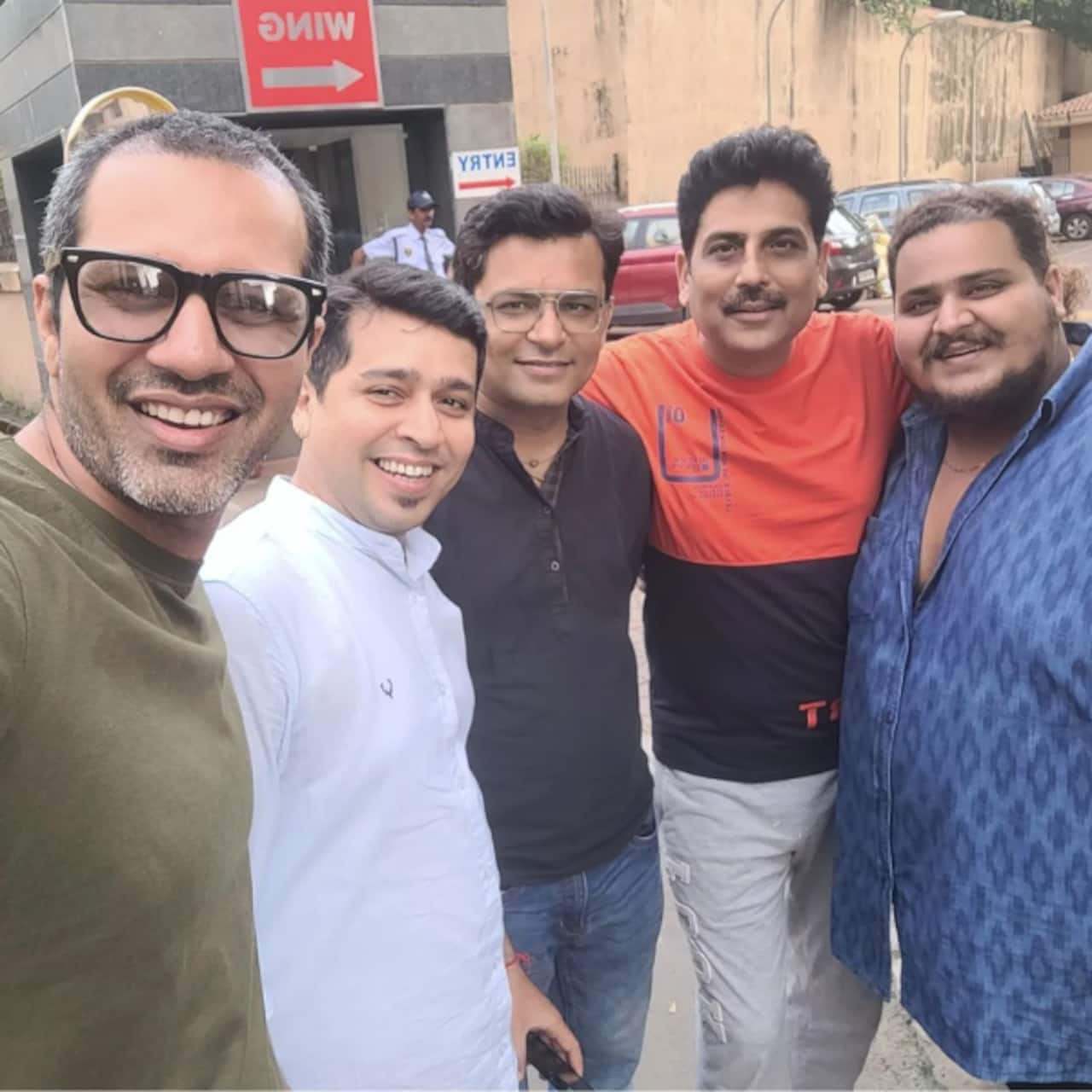 Taarak Mehta Ka Ooltah Chashmah has seen a lot of changes in recent past months. The Asit Kumarr Modi-produced TV show has been winning hearts for years now. But in the last couple of years, the show has seen a lot of changes. Popular TV stars from the show left and fans were quite disheartened. The latest name is Shailesh Lodha who played the role of Taarak Mehta in the series. Shailesh's fans were shocked and in denial after hearing about his resignation. And now, many weeks later, director Malav Rajda has shared a selfie with the actor. Fans have made a special request to the Taarak Mehta Ka Ooltah Chashmah director. Read all about it here:

A couple of hours ago, Malav Rajda, director of TMKOC shared a selfie online. In it we see, Shailesh Lodha having his arms around his friends, Jatin Bajaj, and Krunal Khakhkhar who is the Executive Producer and Creative Supervisor for Taarak Mehta Ka Ooltah Chashmah. They are all smiles for the camera as the director clicked a selfie. Malav Rajda revealed that he has harassed Shailesh Lodha the most on the sets of The popular TV show by saying, "Mehta Saab ko chod ke sabka pack up." He also shared some laughing emoticons alongside it.

After seeing the picture of the former Taarak Mehta with Malav Rajda, fans couldn't contain their emotions. They made a special request to the director to bring him back to Taarak Mehta Ka Ooltah Chashmah again. Check out the comments here: 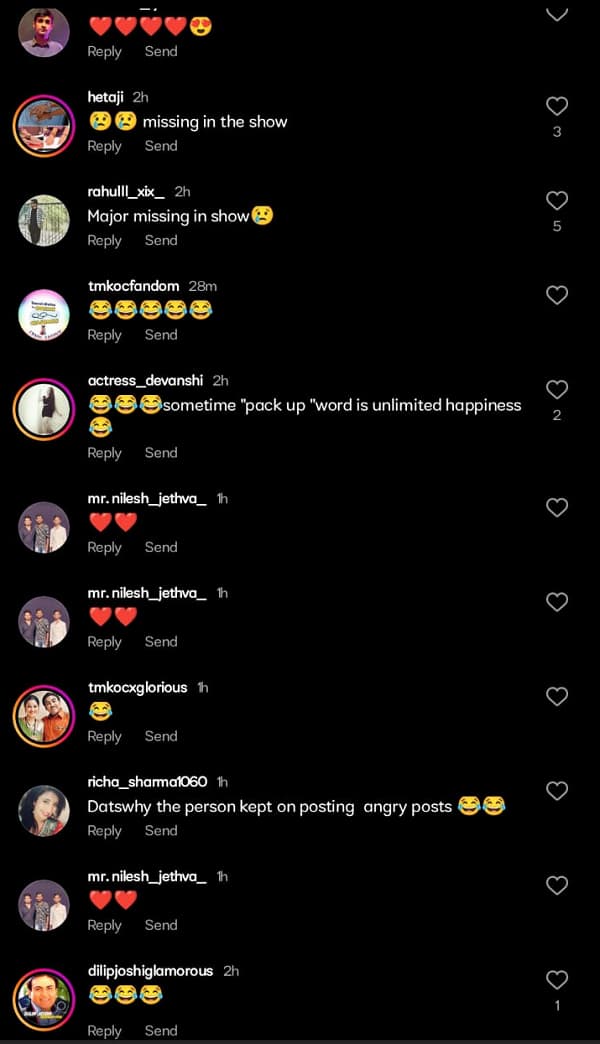 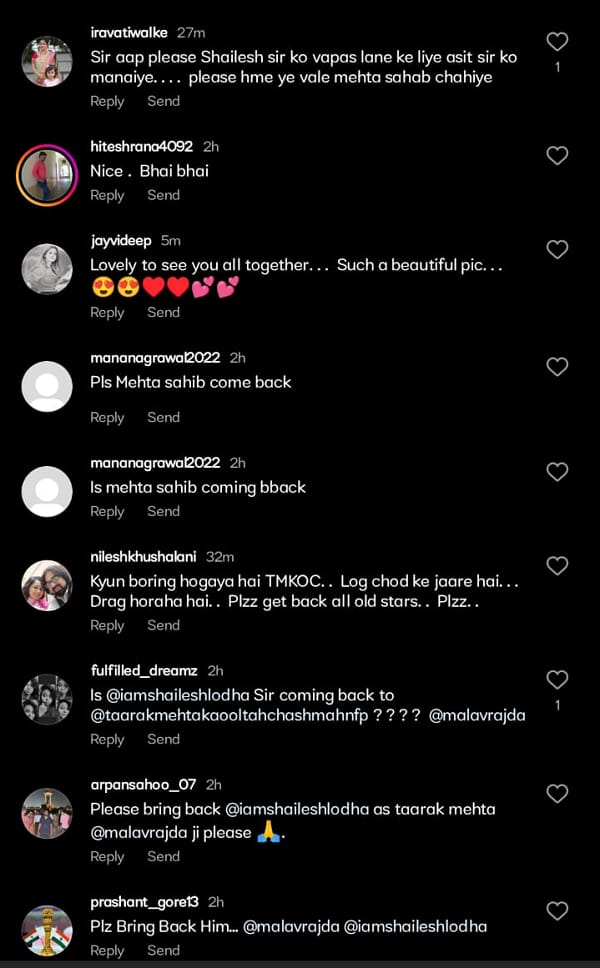 This has been widely discussed in the Entertainment News section. It was reported that Shailesh's days in a month weren't being fully utilized and he wanted to work on more projects and explore himself as an artist. However, the exclusivity contract did not allow him to do so. On the other hand, Asit Kumarr Modi, the producer revealed that if people felt like they have done enough and wanted to move on, he could do nothing. But the show must move on and after a while, Sachin Shroff, who was last seen in Ghum Hai Kisikey Pyaar Meiin was cast as Taarak Mehta opposite Sunayana Fozdar in the show.