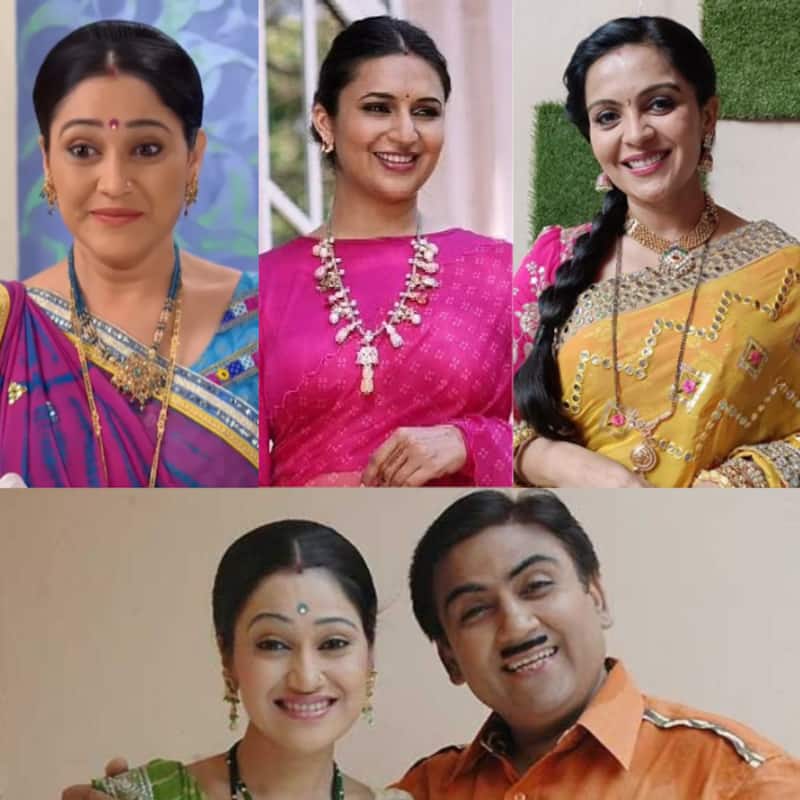 Taarak Mehta Ka Ooltah Chashmah is one of the most popular TV serials in the country. It has an ensemble cast and characters such as Jethalal, Dayaben, Sodhi, Bhide, Taarak Mehta, Mr and Mrs Haathi, Babita and Iyer and more. For the last couple of years, the return of Dayaben has been the talk of the town. And now, as per the latest buzz, Disha Vakani aka the OG Dayaben will not return as Dayaben. Yes, you read that right. So, we have come up with a poll on which actress do you want to see as Dayaben in Taarak Mehta Ka Ooltah Chashmah. Check out the four nominees below: Also Read - Alia Bhatt, a soft target for trolls? From Koffee with Karan blooper to pregnancy announcement - here's how Brahmastra star became the butt of all jokes

Last year, there were reports that Yeh Hai Mohabbatein star Divyanka Tripathi has been approached to play Dayaben in TMKOC. However, the actress rubbished the rumours. She had said that she was looking for a fresh concept and new challenge. However, fans would love to see Divyanka Tripathi in the new avatar. She has previously played comedic roles in Mrs & Mr Sharma Allahabadwale and Chintu Chinki Aur Ek Badi Si Love Story. Also Read - Amber Heard being re-investigated as THIS old court case gets reopened weeks after she loses defamation trial against Johnny Depp

Ami Trivedi is known for her roles such as Papad Pol, Khichdi, Bajega Band Baaja, Saat Phero Ki Hera Pherie, Sajan Re Jhoot Mat Bolo, Chidiya Ghar and more. Ami has a knack for comedy. She is currently seen as Manjiri in Yeh Rishta Kya Kehlata Hai. Earlier reports had surfaced that Ami Trivedi has been approached to play Dayaben. Also Read - Bade Achhe Lagte Hain 2: Nakuul Mehta-Disha Parmar's show gets THIS STERN ultimatum from makers? Here's what we know

Shilpa Shinde has a good knack for comedy and was popularly known for playing Angoori in Bhabiji Ghar Par Hain. Shilpa has been away from TV shows for a while. It would be interesting to see Shilpa Shinde take up the challenge of portraying an established character like Dayaben and give her own spin to it.

Fans and even the producer want Disha Vakani to return to the show. Her accent, garba, comedy timing, and expressions are imprinted in the audience’s mind. It would be wonderful if Disha Vakani returns as Dayaben, don’t you think?

So, vote for your choice of actress you want to see play Dayaben in Taarak Mehta Ka Ooltah Chashmah below:

Disha Vakani took a maternity break from Taarak Mehta Ka Ooltah Chashmah in 2017. She welcomed a baby girl named Stuti. Years after delivering the baby girl, fans were waiting for Dayaben’s return. However, nothing happened. And now, Disha has embraced parenthood again. It was confirmed by her brother Mayur Vakani. It seems Disha will be absent for longer now that she has welcomed a baby boy.

Hunt is on for new Dayaben in TMKOC

As the demand for Dayaben increased, the makers had to react. Reports had surfaced speculating Disha’s return. The producer, Asit Kumarr Modi said that he cannot confirm anything whether Disha will return, or a new face will be replacing her as Dayaben in Taarak Mehta Ka Ooltah Chashmah. And now, there are fresh reports that state that the makers have begun the audition for Dayaben. In an interview recently, the producer said, “Dayaben, the character, is all set to return but it’s not Disha Vakani. Auditions for Disha’s replacement are on and there will be a new actress coming in as Dayaben soon.”

A new promo of Taarak Mehta Ka Ooltah Chashmah was released a couple of days ago. In it, Sundar aka Mayur Vakani is seen talking about managing Dayaben’s presence in Ahmedabad and in Mumbai. Jethalal and Bapuji aka Dilip Joshi and Amit Bhat are seen celebrating about the same. Disha Vakani’s return is speculated in Taarak Mehta Ka Ooltah Chashmah. Fans have a harsh reaction to the same, unfortunately. They don’t want the makers to play with their emotions like last time when Dayaben aka Disha was brought back using a letter for a short time. Anyway, do let us know your thoughts on the votes above.