Tejasswi Prakash wins the tag of the best daughter-in-law as she chills with BF Karan Kundrra's mom and shoots a fun reel with her. 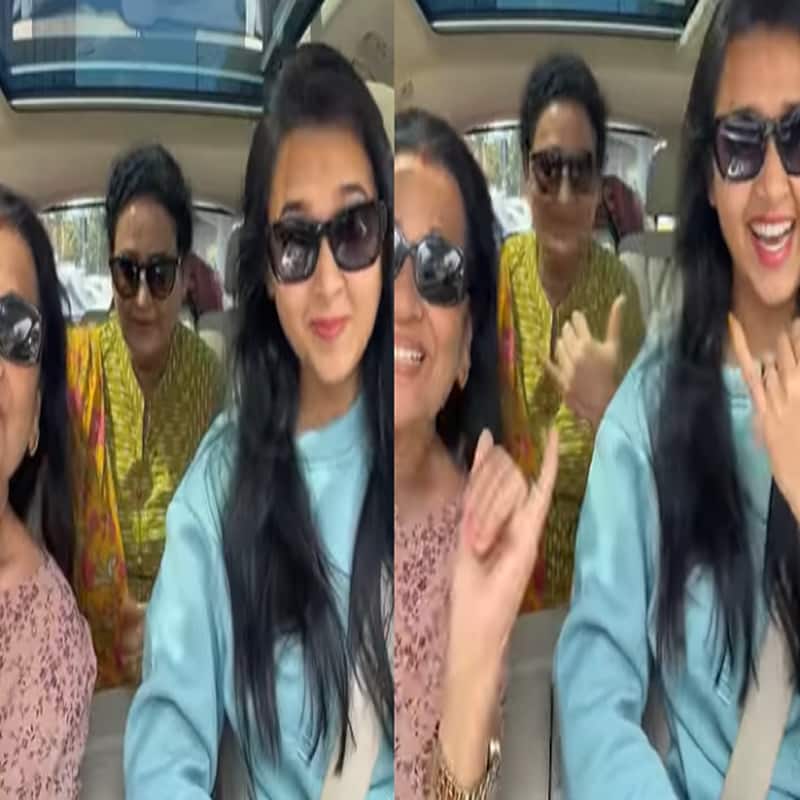 Now, who doesn't want a daughter-in-law like her- Tejasswi Prakash shared a chilling video with boyfriend Karan Kundrra's mom and boy, and the internet is going bonkers over it. The Naagin 6 actress took to her Instagram and shared the fun reel with her and Karan Kundrra's mom and wrote, " My mummas are doper than your mummas". The video of Teja is being loved by her fans and they are calling it the best thing on the internet. While Karan's reaction to it all heart. He dropped a comment and write, " My god one day I leave you with the mothers and you do this". Well, hands down, Tejasswi is the cutest! Also Read - BTS Photo Folio: After Jungkook, Kim Namjoon aka RM's preview wows ARMY; Bangtan leader's concept of entirety is as profound as him

Take a look at how fans are showing love on Teajsswi's post. One user wrote, " Hahahahahahah coolest post today so cute". Another user commented, " Awwwieee this reel is super cute ...this bond is precious ". The third user said, " Just loved this...Such bliss to see three of u in one frame ". Tejasswi and Karan are right now the most loved and popular couple in tinsel town. And they often make heads turn with their presence. Also Read - Kim Kardashian, Khloe Kardashian, Kylie Jenner and Kendall Jenner's HOTTEST bikini and bodycon looks – be sure to view pics in PRIVATE

Tejasswi and Karan met on the reality show Bigg Boss 14 and ever since they are inseparable. Many assumed that they are creating this LOVE angle only to stay in the house, but after winning the show, it was Tejasswi who reached out to Kara's house at morning 5 am and since then their love has only grown stronger. In fact both the families even happily accepted their love. Karan's family is called Tejasswi the heart of their family, while the Naagin 6 actress's parents are happy with her choice. Now definitely after this video, the fans are sure that the couple is made for each other and they're eagerly waiting for them to get hitched. Karan and Tejasswi's Shaadi is the most awaited wedding in the TV industry. Also Read - Trending South News Today: Vijay Deverakonda opens up on his equation with Karan Johar, Ponniyin Selvan’s new single Chola Chola impresses fans and more