Tejasswi Prakash's new record on Instagram is at par with Bigg Boss 13's Shehnaaz Gill surprising many. As we know, Shehnaaz Gill is one of the most popular contestants ever 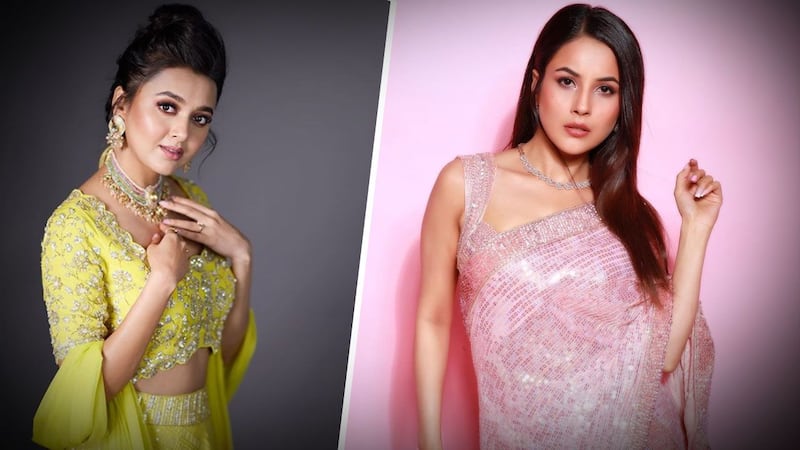 Bigg Boss 15 winner and Naagin 6 actress Tejasswi Prakash is on a roll. The lady bagged Naagin 6 when she was inside the Bigg Boss 15 house. Tejasswi Prakash has touched five million followers on Instagram now. The young actress' popularity is on the rise and how. In the past, Tejasswi Prakash has done shows like Swaragini, Pehredaar Piya Ki, Karn Sangini and Khatron Ke Khiladi. Tejasswi Prakash won over the hearts of people with her entertainment quotient, fierce attitude and task master skills on Bigg Boss 15. But what proved to be a game-changer was the #TejRan angle. The actress' love story with Karan Kundrra is the toast of social media. Also Read - Trending Entertainment News Today: Shehnaaz Gill breaks silence on sudden exit from Salman Khan's film; Taapsee Pannu's scuffle with paparazzi and more

Tejasswi Prakash did her first live with fans two days back. The actress got an engagement of 111K on her live. This is almost the same number as Shehnaaz Gill. As we know, Shehnaaz Gill's popularity after Bigg Boss 13 has been unparalleled. The young lady is far more popular than many female Bigg Boss winners and runners-up. She also touched new heights of success after Bigg Boss 13. Shehnaaz Gill went on to do music videos and her first Punjabi film, Honsla Rakh was also a huge hit. Also Read - Rashami Desai is bold and beautiful in blue and these pics are proof

Tejasswi Prakash and TejRan fans have been working hard to ensure that the actress gets maximum hype. Nowadays, fan wars are common in India. The whole social media space has become very competitive. This is even more true for Bigg Boss contestants. Fans are making sure that Tejasswi Prakash's Naagin 6 gets huge hype on social media. If successful it could propel the actress to a new level of stardom on TV. Tejasswi Prakash has had a good career but this is the platform for the next level. Also Read - Shehnaaz Gill breaks her silence on being ousted from Salman Khan's Kabhi Eid Kabhi Diwali