Tejasswi Prakash madly in LOVE with Karan Kundrra; says, 'I see myself growing with him...' [Exclusive Interview]

Tejasswi Prakash and Karan Kundrra are the most LOVE couple in town. Their love was witnessed by the world when they were together in Bigg Boss 15 and ever since they are out of the house their appearances together often sends their fans on a meltdown 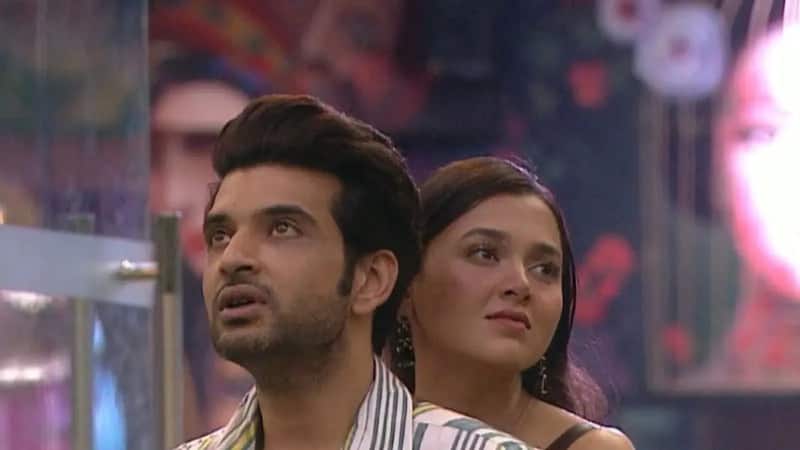 Tejasswi Prakash and Karan Kundrra are the most LOVE couple in town. Their love was witnessed by the world when they were together in Bigg Boss 15 and ever since they are out of the house their appearances together often sends their fans on a meltdown. Tejasswi and Karan's relationship looks intact and their bond is only growing stronger. In an exclusive interview with Bollywoodlife we asked Tejasswi what's the 5 things she likes about Karan Kundrra, she replied, " What’s not to like about Karan Kundrra really, he is just so loving smart knowledgeable there is so much there to learn from him every single day. I see myself growing with him every day emotionally and spiritually. He is all hearts, and I can see when he says he never felt this before I can feel it because every time, he is a certain way he himself is surprised by the way he reacts with the way he has become." The couple is also been approached to work together in lots of shows and music albums, when asked Tejasswi about their collaboration together she said, " We are talking to a lot of people, and we are very careful of what we will do together because everybody is going to watch it so it’s got to be the right thing to pick up so we are taking our time, but we have a lot of things lined up." Also Read - TRP List Week 32: Ghum Hai Kisikey Pyaar Meiin and Ravivaar With Star Parivaar spike up, Anupamaa retains top spot [View Full List]

Tejasswi in our interview had revealed that Karan often tells her jokingly that she has spoiled his career as she ruined his angry an man image, " Karan often tells me that he, too, gets surprised by himself as he never thought he'd ever be doing 'baby' talks in any relationship. One of his videos is going viral where he is seen asking, 'Aise baby talk Kaun Karta hai, main to abhi nahi karunga,' and cut to today when he calling me 'ladoo and baby.' She further added, " Karan tells me, 'Mera image pura khrabb hogaya hai, mera angry young man ka image tha, tune mere career ki dhajiya uda di hai, abhi log muje Sunny bulaate hai.'. Also Read - Tejasswi Prakash to Jennifer Winget: Barsaat Ho Jaaye actor Shivin Narang shares amazing on-screen chemistry with these popular queens of TV