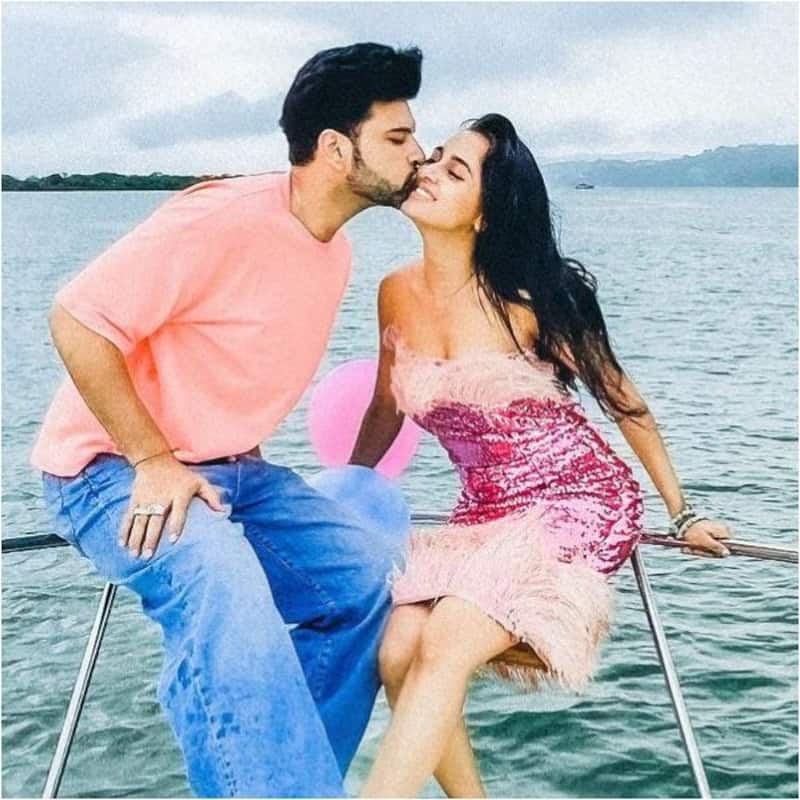 Karan Kundrra and Tejasswi Prakash are loved by millions. But there are some haters who are damn nasty. Many of them claim to be solo fans of the artistes. There are some who feel that Tejasswi Prakash's career is being stunted because of the TejRan tag. They feel she has more potential if she is single. Something similar happened with Shehnaaz Gill too when she was dating Sidharth Shukla. A hater morphed a series of messages saying they were allegedly from Karan Kundrra and threatened to leak them to the media. The exact context is unknown but the language was very abusive. Also Read - Bigg Boss 16 contestants Sumbul Touqeer-Nimrit Kaur Ahluwalia, Simba Nagpal, Rohan Mehra and other TV celebs who took part in Salman Khan's show early in their careers

This was not all. A fan put out a very nasty message wishing death on Karan Kundrra. The person said that Tejasswi Prakash would be free if he passes away, and concentrate on her career like Shehnaaz Gill. This is downright disgusting. Bigg Boss fandoms are known to be ugly and this is no exception. Pratik Sehajpal called out his own fans saying people who are being abusive deserve no place in his heart or fan base. Karan Kundrra said 'so called fans' had touched new lows, and Tejasswi Prakash also came out in his support. Take a look at the tweets below... Also Read - Bigg Boss 16: Ankit Gupta-Priyanka Chahar Choudhary's moments wins over Priyankit fans; say, 'Always standing there like a bodyguard' [Read Tweets]

Wow..! lowest of lows has been achieved by certain fandom.. editing pics morphing abuses hahah khud ki beizzati lol.. you must be so proud of them T #AreYouSerious!!!! ??

Proud of? M confused… such people can’t be my fans… people who have these thoughts about you… or for that matter about anyone… I still am with my guy to make him understand… but people need to understand when you use such harsh words against someone…people can break…peace

He said such fans had a cheap mentality and he did not give a damn to what they said on social media. But this is extremely disgusting at all levels. Karan Kundrra and Tejasswi Prakash are doing steady since Bigg Boss 15. The hunk just bought a Jeep Rubicon car. Also Read - Alia Bhatt's maternity wear line, Katrina Kaif's beauty brand: B-town actresses who are also business women