Richa Sharma and Harshdeep Kaur made tonight's episode of The Kapil Sharma Show melodious with their voices. 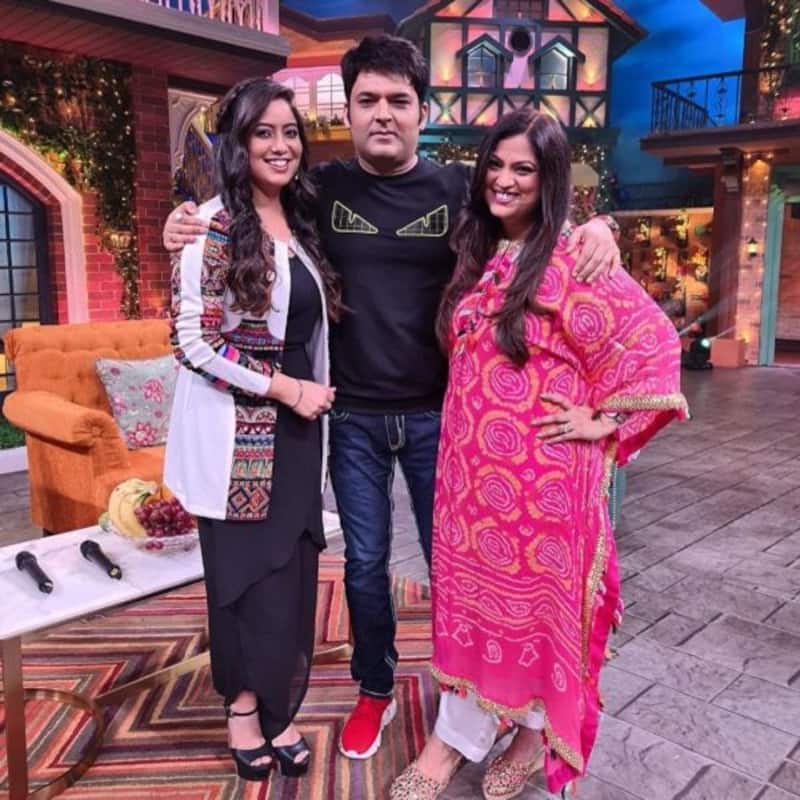 Tonight's episode of The Kapil Sharma Show with the skit of Kiku Sharda and Bharti Singh aka Bacha Yadav and Titli, which take us on a laugh riot. Later Kapil Sharma enters as a comic character and takes this skit to another level. Later Kapil Sharma arrives in his original avatar and calls the guest of the night Richa Sharmam, who enters crooning a melodious track. Soon we see the cute banter between Richa and Kapil. Later we see the singer jokingly saying that she is eyeing the Archana's seat to which the Kuch Kuch Hota Hai actress gives a cute reply. Later we see singer Harshdeep Kaur making an entry as the next guest and sings her popular track Kabira from Yeh Jawaani Hai Deewani. Also Read - Ponniyin Selvan: Aishwarya Rai Bachchan's opinion on the South vs North debate is enough to put an end to this hullabaloo

A post shared by Sony Entertainment Television (@sonytvofficial) on Sep 19, 2020 at 6:30am PDT

While talking candidly about his husband, Harshdeep revealed that Mankeet Singh proposed her when they were in Gurudwara and it reminded her the scene of Rab Ne Di Jodi, where Anushka Sharma sees SRK after opening his eyes at the climax of the Golden temple. Later we see Kapil requests both the singers to sing some tracks. While Richa croons Lag ja Gale, Harshdeep sings an old Punjabi-Himachali folk song. Soon Kapil joins them sings Jhuki Jhuki Si Nazar, which receives appreciation from both the singers. Also Read - The Kapil Sharma Show: Comedian issues warning to Ponniyin Selvan actor Chiyaan Vikram about using Twitter

Kiku Sharda arrives to give his comical touch and makes both the singers laugh out loud. Later, he brings his some signature 'jokes' but Harshdeep overpowers him in that. Harshdeep later revealed she composed a song for husband Mankeet and surprised him while performing it during their engagement and said it was a gift from her to him. On Kapil Sharma's request Richa sings Rabba from Musafir and won our hearts with her voice. And Kapil continues to request one more song, which is Maahi Ve and they perform it in the most beautiful way. Also Read - The Kapil Sharma Show: Archana Puran Singh feels deprived and cheated as an actor; wants to ask for work like Neena Gupta

And our very own Krushna arrives as Sapna and right from his entry he cracks us up with his bang comic timing and hilarious one-liners. Richa and Harshdeep ends the episode with their magical voices and make it a memorable night.