Kapil Sharma couldn't resist himself from taking potshots at the Prithviraj actor Akshay Kumar on The Kapil Sharma Show for romancing young actresses, from Madhuri Dixit to Manushi Chhillar, on screen. 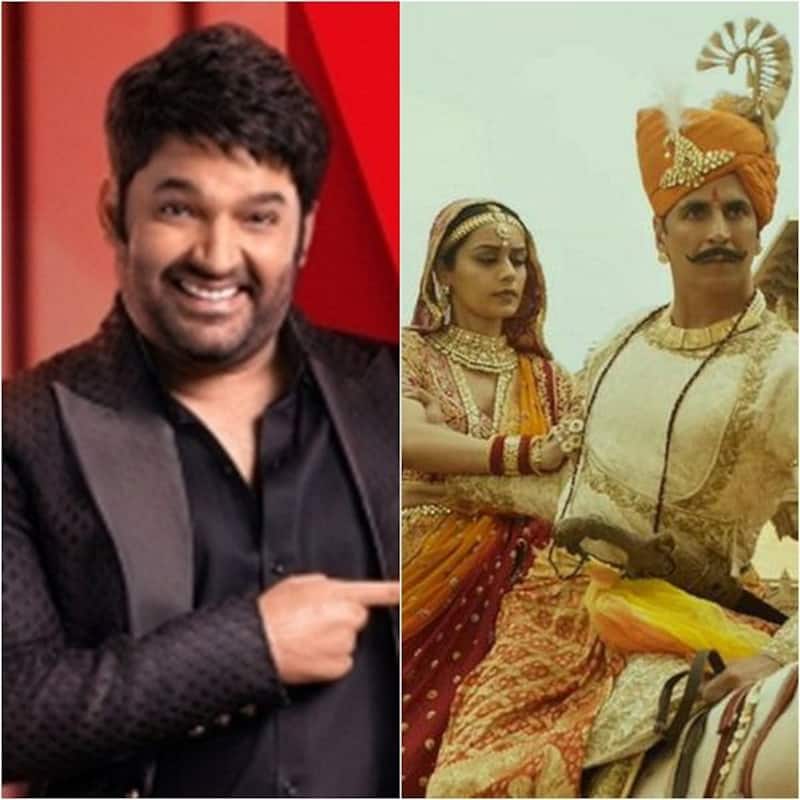 There's no secret that Akshay Kumar has been romancing young actresses on screen for a long time now. At 54, the actor is paired opposite 25-year-old debutante and former Miss World Manushi Chhillar in his upcoming film Prithviraj. He recently visited The Kapil Sharma Show to promote his film and Kapil Sharma couldn't resist himself from taking potshots at Akshay for romancing young actresses, from Madhuri Dixit to Manushi Chhillar, on screen. Also Read - Akshay Kumar, Kangana Ranaut, Shahid Kapoor and more stars' biggest money losers at the 2022 box office

A video clip shared on Reddit shows Kapil talking to Akshay about how he has seen him romance actresses like Madhuri Dixit and Ayesha Jhulka on screen when he was in school. He then saw Akshay romancing Bipasha Basu and Katrina Kaif when he was in college. In recent times, he has seen Akshay romancing actresses such as Kriti Sanon, Kiara Advani and now Manushi, who are nearly half his age. Also Read - Prabhas, Akshay Kumar, Salman Khan pocketing over Rs 125 crores per film? Check out the jaw-dropping fees of these Indian film superstars

Taking a dig at Akshay, Kapil said, "Hum to bas inki heroines ke interview karne ke liye paida huye hain (We are born to just interview his heroines).” The clip garnered several reactions from Reddit users, who were of the opinion that it is not the actors but the audience is to be blamed, since they want and love to see such pairings on screen. Also Read - Deepika Padukone to Shah Rukh Khan: These 8 Bollywood actors were ACCUSED of hurting religious sentiments; here's why!

"Nobody has stopped old actresses to star opposite young guys. It’s just that producers feel that it won’t be financially viable. Blame the audience, not the actors," said one user while another one wrote, "Actors need pull to bring audiences to theatres. Only those who have it are cast."

Meanwhile, The Kapil Sharma Show is going to go off-air for a short period of time as the entire cast have left for their tour abroad. The show will be replaced by India's Laughter Champion, which will be judged by Archana Puran Singh and Shekhar Suman.