Imran Khan's wife Reham Khan took another shot at him saying that he can replace Navjot Singh Sidhu on The Kapil Sharma Show. Reham had previously called him delusional. 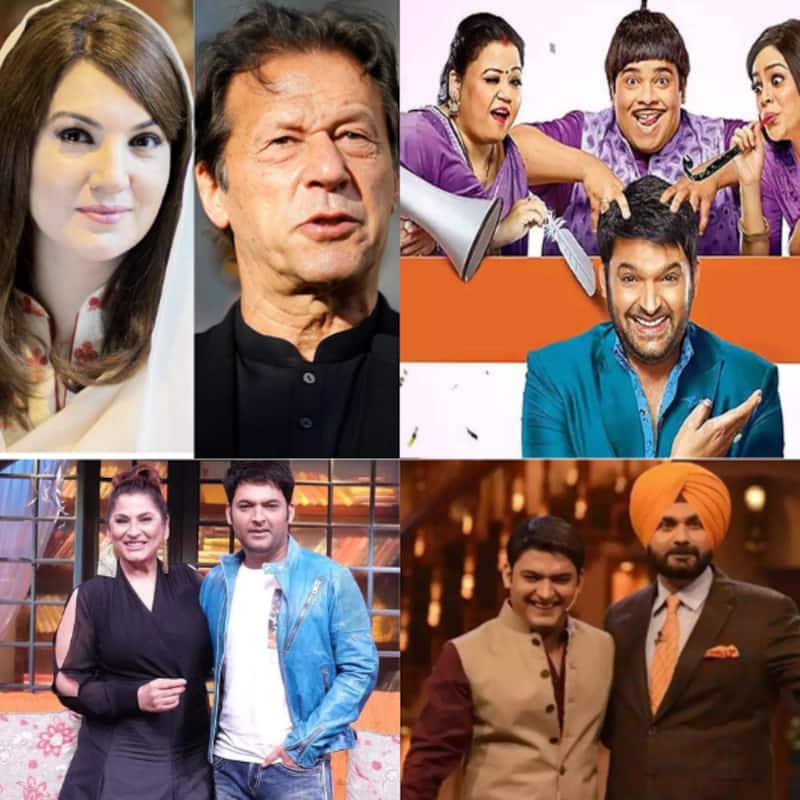 Imran Khan has been in the news for some time now. He was recently ousted from the Prime Minister's office after 174 members of the parliament voted against him out of the 342-member National Assembly. Imran Khan's former wife Reham Khan has been sharing her views while not mincing her words about her former husband. Reham had previously called Imran delusional and now, she has taken another shot at him saying that he has a good knack for comedy. Reham Khan said Imran Khan can replace Navjot Singh Sidhu in The Kapil Sharma Show. Also Read - Urfi Javed apologises to Chahatt Khanna for dragging her divorce in their nasty fight: 'It was low of me to comment'

When a reporter asked what could be the next job for Imran, Reham was heard saying, "He has become emotional. I feel India should make space for him, maybe Bollywood. I believe he can give an Oscar-winning performance." She added, "That is up to him. In Bollywood, heroes become villains and villains become more popular. But I feel he also has comedic talent... If nothing else he can go for the vacancy on the Kapil Sharma Show. He can take Paaji's (Navjot Sidhu's) place. As we can see he is also into 'shero-shairi' (Urdu couplets) now." Also Read - Pirates of the Caribbean star Johnny Depp all set to make his directorial comeback after 25 years [Deets Inside]

Reham Khan (Imran Khan's Ex wife) said, he should be given chance in Bollywood. He have good comedian tallent. As Paji (Navjot Singh Sidhu) place is vacant in Kapil Sharma Show, he can be place there. He have good friendship with Paji and he also started Poetry, she said.

She had even replied to a tweet asking what should be the next profession of Imran Khan. "Kapil Sharma side kick," Reham had replied. "Suggest an alternate career for @ImranKhanPTI. 1. Cricket commentator. 2. Gym trainer. 3. TV/Radio host. 4. Imam in Madrassah. I think #ImranKhan could be a great wrestler where he fights the Americans who allegedly conspired against him in the ring. #Pakistan," the tweet had said to which Reham had replied. Also Read - Trending South News Today: Jr NTR’s Hollywood debut, Tamannaah Bhatia's gesture wins hearts, Karthikeya 2 Hindi version shows fantastic growth and more

Previously in an interview with India Today, Reham had said, "Imran Khan is delusional. He does not listen to advice. Had he listened to (my) advice, perhaps I'd still be married to him. Perhaps others wouldn't have left him. You see, he's a diva. He's a celebrity who only wants to listen to flattery. He has the typical diva personality where you need to boost his ego. He needs to hear his name and the applause."