THIS is why Yuvika Choudhary would love to get married again

Prince and Yuvika are hitting a hattrick!

Prince Narula and Yuvika Choudhary are one of those married couples who have been working back to back with each other on screen. And they are once again ready to pair up on a show. After doing a music single together and &TV's episodic show Laal Ishq, the newlyweds are going to hit a hattrick by featuring in yet another music single together. Star Boy LOC, known for his songs Dilli Se Hu and Bob Marley, has collaborated with recently married couple Prince Narula and Yuvika Choudhary for his upcoming song Goldy Golden. Also Read - Nakuul Mehta-Jankee, Varun Sood-Divya Agarwal – Real life TV jodis who give us couple goals with their lovey-dovey posts

Interestingly, the song Goldy Golden is a gift to #Privika from Star Boy LOC for their wedding as he got the idea of writing the song while attending their wedding itself. He started writing the lyrics of the song while at the function in Mumbai. The shooting of the song was done in Delhi for which the couple visited the capital. Moreover, Prince and Yuvika will also be lending their voices along with LOC for the song. The music shows a wedding where Yuvika is already there while Prince and LOC are one of the guests from the groom’s side. Also Read - Sunny Leone, Asim Riaz, and more: Ahead of Bigg Boss 15, here's a look at the HOTTEST contestants of all time – view pics

Talking about the song, Star Boy LOC said, “I was just waiting for the moment to hit me so that I could write a wedding song. The moment came to me on the wedding of Prince and Yuvika. I started writing the lyrics on their wedding itself and completed the lyrics of the song within a week. This song is a gift from my side to Bhai and Bhabhi for their wedding.” [sic]

On his part, Prince said, “Since last two months we were planning as to when to shoot the song so finally not only me but all three of us are feeling so good that finally, we have shot the song. The hook line which is used in the song is not only for me and Yuvika but it’s for everyone who will get married he will feel that this song is on him only.” [sic] 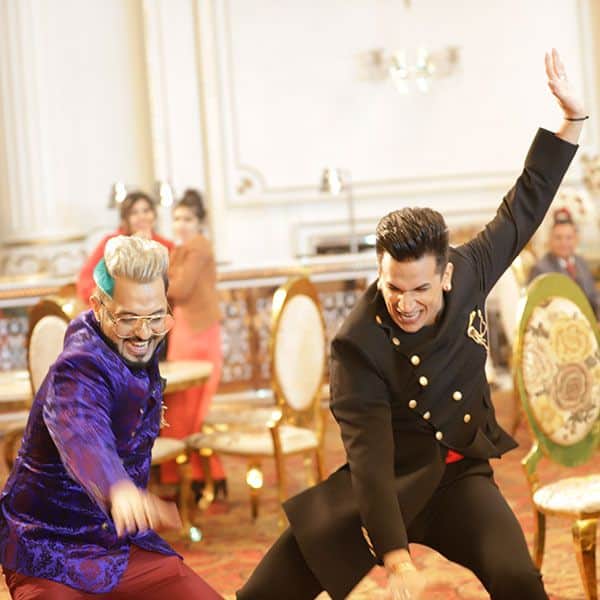 Also Read - From Rahul Vaidya-Disha Parmar to Rohanpreet Singh-Neha Kakkar: These TV couples got TROLLED for their PDA moments at the airport

Meanwhile, Yuvika felt like getting married once again because of this song. She explained, “I would love to get married again just because of this song but since I can’t but you all will be seeing me dancing and how I’ll get carried away with the song lyrics in the video. I must say there are very few songs for which I feel confident that the song will surely be loved by masses and this song is surely the one, all thanks to Star Boy LOC for gifting this song to us. The song is such which will actually make you dance. I still remember the first time prince made me listen to the song and I started dancing on it.” [sic]

The video has been directed by Nishant Sharma and produced by Zee Music Company.