Jasmin Bhasin-Vicky Kaushal in a Netflix show? Aly Goni reveals the reality of the casting coup

Jasmin Bhasin and Vicky Kaushal to come together for a show on Netflix. This is what Aly Goni had to say on the same...

Jasmin Bhasin and Vicky Kaushal coming together for a Netflix show? This news would have got all fans of the Bigg Boss 14 contestant excited but sadly it is untrue. Aly Goni who is a very protective partner has called out a fake casting call for a show. The handsome man shared a screenshot on his Insta stories where there was a casting call for people. It was being advertised as a show that has Vicky Kaushal and Jasmin Bhasin in the lead. While Jasmin Bhasin is certainly in talks with a few OTT platforms, there is not an iota of truth in this. Also Read - Worst dressed celebs of the week: Kashmera Shah, Rubina Dilaik, Aly Goni's sartorial statements will make you sigh in disbelief 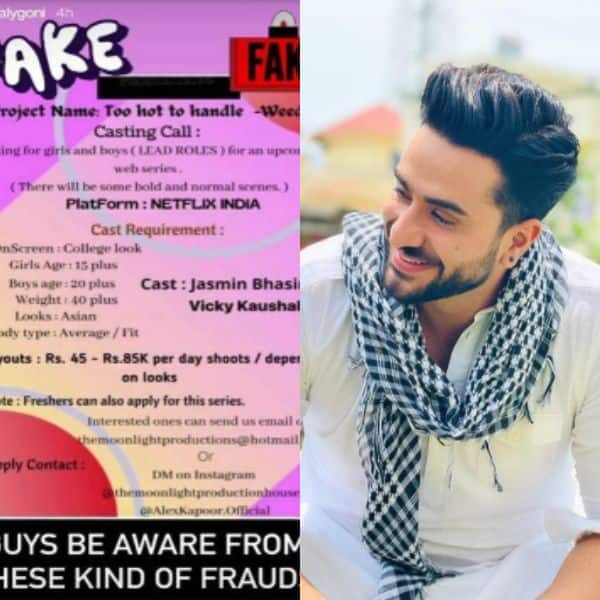 Aly Goni and Jasmin Bhasin are going strong ever since he professed his love on Bigg Boss 14. The lady was in Kashmir for a while spending time with his folks. She is very close to his sister, Ilham. The actress went through a bad phase when her mom fell sick right in the middle of the pandemic. She has now decided to buy a home in Mumbai so that all of them can live together. This is her Father's Day gift for her parents. There was talk of how Aly Goni's proposal had offended her parents but there seems to be no truth in it. Also Read - Aly Goni answers a media person about a red mark on his neck that looks like a love bite – watch video

Jasmin Bhasin and Aly Goni have been friends since a long time. The two bonded ever since they did Khatron Ke Khiladi 11 together. They were friends, but Bigg Boss 14 took it a notch ahead. Aly Goni and she did the Tony Kakkar video Tera Suit, which is a huge success. Jasmin Bhasin is one of the most popular TV stars on social media. Aly Goni is also looking at shows in the OTT space.