Naagin 6 duo Tejasswi Prakash, Simba Nagpal, Shehnaaz Gill's interaction with fans, Shaheer Sheikh announces collaboration with Nikki Tamboli and more made news in the TV world. Check it out below... 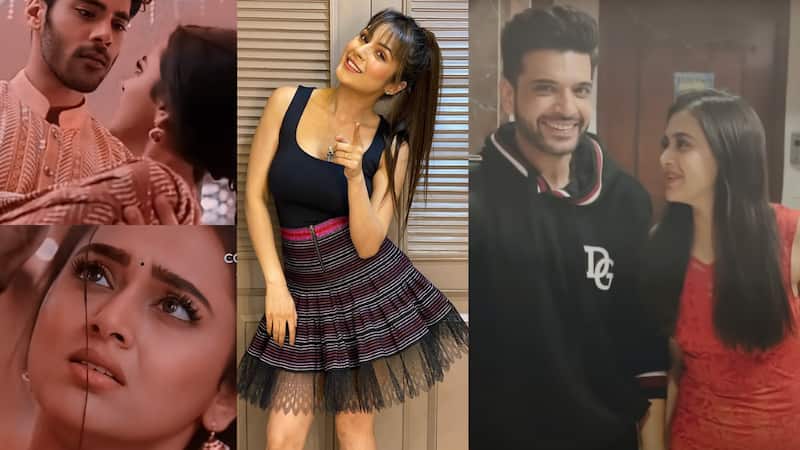 Tejasswi Prakash, Simba Nagpal, Shehnaaz Gill, Karan Kundrra, Roadies, Surbhi Chandna, and more made news in the TV world today. Tejasswi Prakash and Simba Nagpal's chemistry in Naagin 6 as Pratha and Rishabh won the hearts of the fans. Shehnaaz Gill came online on Twitter and had a fun chat session with her fans wherein she replied to some of the lucky ones. Karan Kundrra dropped a video of his Valentine's celebration with Tejasswi on his Instagram handle and more. So, you see, a lot of things happened in the TV world today. Let's check out what made news and why below... Also Read - Trending Entertainment News Today: Shehnaaz Gill on being trolled for PDA with Salman Khan; Parineeti Chopra describes Priyanka Chopra-Nick Jonas' daughter Malti Marie

The fourth episode of Naagin 6 concluded a couple of hours ago. Simba Nagpal, Tejasswi Prakash stole hearts with their cuteness and chemistry. Mahekk Chahal is already ruling hearts as Shesh Naagin. However, fans were super happy on seeing more scenes of Pratha and Rishabh together in the latest episode of Naagin 6. PraRish has become a thing on social media now. Fans are loving Simba and Tejasswi's chemistry in Naagin 6. And the on-screen couple also teased their fans with some adorable pictures. Moreover, a new promo was released by the channel in which we saw Tejasswi's Pratha taking the Naagin avatar. She is decked as a bride and fans are excited for the upcoming twist on the show. Also Read - Trending TV News Today: Karan Kundrra and Tejasswi Prakash lash out at hateful solo fans, Imlie's Fahmaan Khan completes 200 episodes as ASR and more

A couple of hours ago, Karan Kundrra shared a video on his YouTube channel. It was a vlog of his Valentine's Day special surprise for Tejasswi aka Laddoo. It was Sunny and Laddoo's first Valentine's Day and Karan pampered his ladylove with gifts and flowers. Later, Karan and Tejasswi snapped at the Mumbai airport as they left to shoot for their music video together. This will be Karan and Teja's first project together after Bigg Boss 15 and TejRan fans are super excited about the same. Also Read - Shehnaaz Gill on being trolled for PDA with Salman Khan: 'Jitna pyaar log mujhe dete hai...'

A couple of hours ago, Shehnaaz Gill interacted with her fans on Twitter. It was a hearty chat wherein we saw all sides of Shehnnaaz, the flirty, the sassy, the savage and the cuteness overload. Shehnaaz tried to respond to almost every fan, however, her fanbase is huge and it was impossible to reply to everyone. Check out Shehnaaz Gill and her fans' interaction here.

Surbhi Chandna shared an amazing reel video from her photoshoot. She played Samantha Ruth Prabhu and Allu Arjun's hit song Oo Antava from Pushpa. Surbhi looked mesmerizing in a glittery golden gown. Surbhi also made news for reports of her being a part of Kangana Ranaut's Lock Upp. While talking to the media, the Naagin 5 actress said that she loves Kangana's guts but the show is not her cuppa tea. The actress is confident that Lock Upp will do well.

A couple of days ago, reports of Rannvijay Singha and Neha Dhupia leaving roadies surfaced. And now, reports of Raftaar and Nikhil Chinapa leaving Roadies have surfaced as well. Nikhil confirmed his ouster to Indian Express whereas Raftaar's statement revealed that he was planning to move on from the reality TV series already. Check the report here.

A couple of hours ago, Shaheer Sheikh took to his social media handle and shared a couple of pictures on his gram and announced his collaboration with Nikki Tamboli for a music video. Shaheer and Nikki posed for pictures together and looked super in the same frame. Their fans were pleasantly surprised with the surprise! Shaheer is on a music video spree lately.