Imlie's Fahmaan Khan mourns the demise of his fan on social media, Charu Asopa and Rajeev Sen go on a family vacation with Zianna, TV celebs react to Will Smith's slapping incident at Oscars 2022 and more, here are the TV Newsmakers...

Charu Asopa and Rajeev Sen, Imlie's Fahmaan Khan, Shweta Tiwari, Shehnaaz Gill, Karan Kundrra and Tejasswi Prakash, Anupamaa and more have made it to the trending TV News section today. Charu and Rajeev put and end to all the divorce and trouble in the paradise rumours. They are enjoying their vacation with their toddler daughter. Imlie's Aryan Singh Rathore aka Fahmaan Khan mourned the demise of his ardent fan. Shweta Tiwari begins shooting for a Rohit Shetty project. Shehnaaz Gill shares her secret to fitness. Karan Kundrra and Tejasswi Prakash continue to grab headlines and more. So you seem, a lot happened in the TV news... Also Read - Trending TV News Today: Anupamaa-Anuj to welcome a baby girl, Karan Kundrra opens up on wedding plans with Tejasswi Prakash and more

A couple of days ago, the rumours of trouble in the paradise of Charu Asopa and Rajeev Sen had surfaced again. The two welcomed a baby girl last year in November. Before that, Charu and Rajeev had made news of their separation. However, the two lovebirds made amends. Recently, the rumours began again. However, now they have put an end to the rumours. Charu, Rajeev and their daughter Zianna are enjoying their family time in Kashmir. Check out their pictures here. Also Read - Anupamaa: Anuj-Anu's romance in the kitchen to Kavya seeking divorce from Vanraj; 5 upcoming twists for MaAn fans

Tejasswi Prakash and Karan Kundrra keep making headlines for one thing or another. Recently, Teja and Karan caught up with Vidhi Pandya who was also locked inside the house of Bigg Boss 15 for some time. Teja shared a video of the same which went viral on the gram. Check it here. On the other hand, Tejasswi crooning to Ginseng Strip 2002 song also went viral. Check out the video here. Also Read - Shehnaaz Gill's hot moves and killer expression sets the internet on fire; SidNaaz fans say 'Uff teri ada'

Anupamaa aka Rupali Ganguly was in two minds as about marrying Anuj aka Gaurav Khanna. She faced a lot of backlash from the Shahs and was reminded of her age. Yeh Rishta Kya Kehlata Hai's Abhimanyu aka Harshad Chopda and Akshara aka Pranali Rathod boosted Anupamaa's morale. In the upcoming episode of Anupamaa, we will see her taking a stand for herself against the Shah family. Check out the new promo here.

Shweta Tiwari has begun working on her next project which is bankrolled by Rohit Shetty Productionz. Shweta's long time friend and actor-director-producer Vikas Kalantri gave her a shout out and sent his best wishes for the same. Shweta reshared the story on her Instagram handle. Check out the snapshot of the same below: 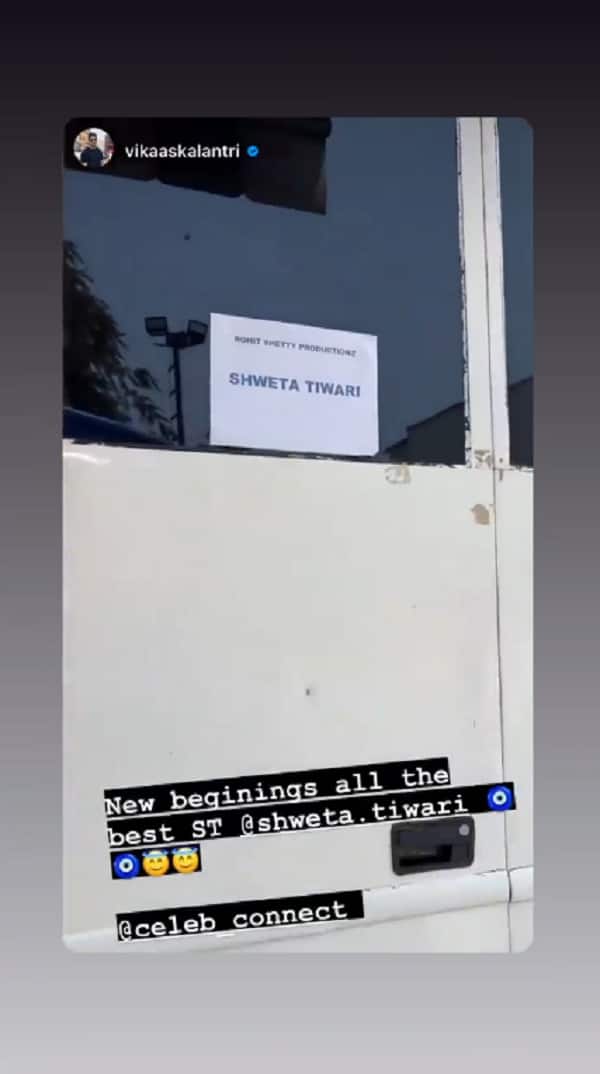 Shehnaaz Gill recently spilt the beans on her diet and weight loss. The actress while talking to Shilpa Shetty revealed that she hasn't stopped eating what she likes but has only reduced the portion of the same. Also, a major contribution to her secret to weight loss is her morning drink ritual. Shehnaaz Gill begins her mornings with Haldi water and apple cider vinegar. "I have a high protein breakfast. I eat what I used to eat before, I have just controlled my portions," she said.

Fahmaan mourns the demise of his fan

Imlie's Aryan Singh Rathore aka Fahmaan Khan took to his social media handle and mourned the demise of his fan. Fulya had been ill for a long time and recently passed away. Fahmaan penned a heartfelt tribute and promised to cherish all her fan edits and the love she showered on him. Check out Fahmaan's post here.

Arjun Bijlani and Neha Swami are happily married with a kid, Ayaan. They make for one of the happiest couples in the TV industry. Arjun and Neha are participants on Smart Jodi. However, recently, Arjun and Neha shocked everyone with a revelation. Arjun revealed that Neha and he decided to abort their child due to financial issues years ago. Check out the whole promo here.