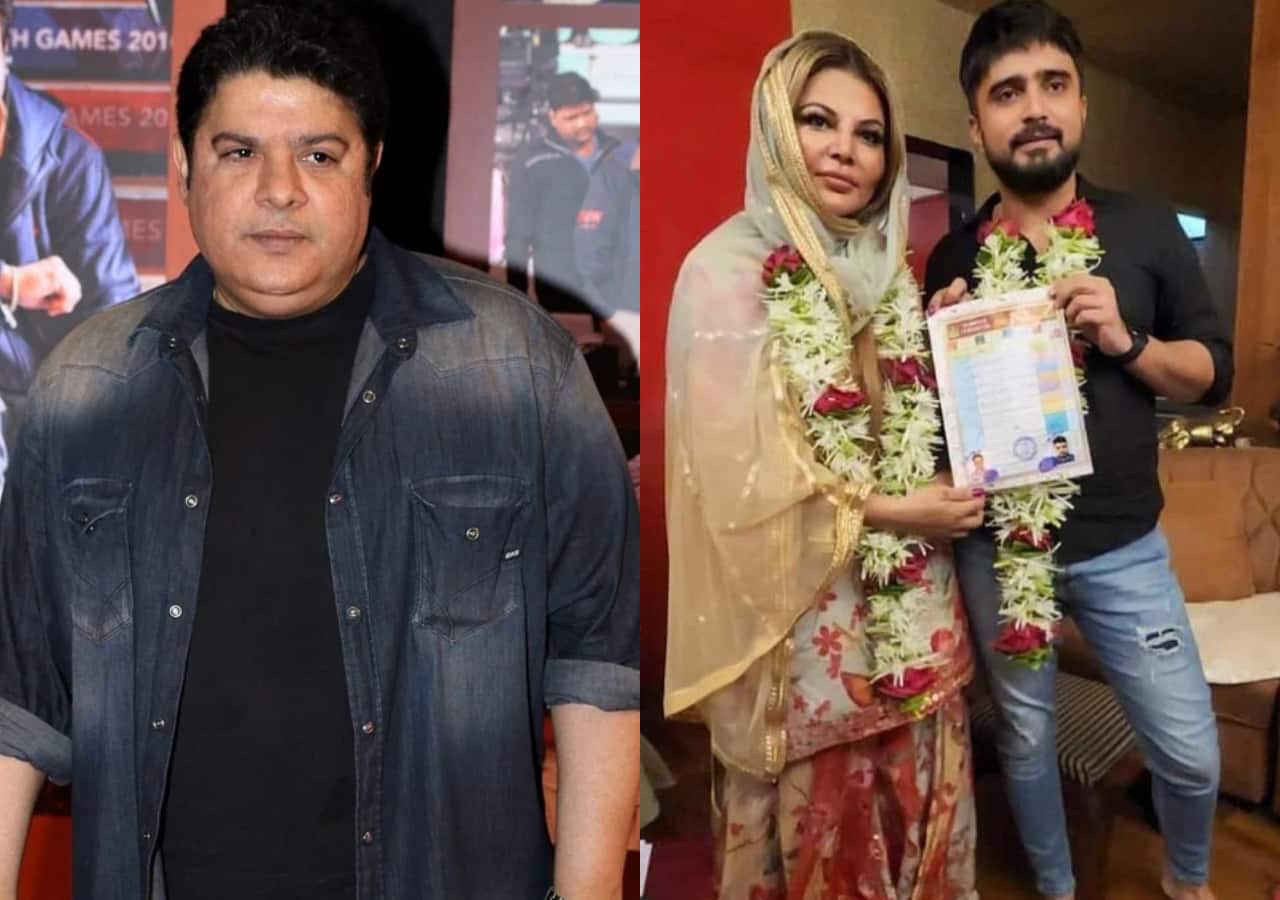 Let's catch up on who and what made the news in the TV section today. We have Bigg Boss 16 which has been a major newsmaker for the contestants as well as the host. We also have Anupamaa, Bade Achhe Lagte Hain 2, Rakhi Sawant-Adil Khan Durrani and more who grabbed headlines in the TV world. The upcoming twist in Anupamaa and the latest report about Bade Achhe Lagte Hain 2 will intrigue the audience. Rakhi Sawant who has been in the news for her wedding has an update on the same. Let's meet the TV newsmakers... Also Read - Bigg Boss 16 promo: Shiv Thakare, MC Stan and Mandali breaks down as Abdu Rozik marks his exit [WATCH]

Until yesterday evening, Adil Khan Durrani was not ready to talk about his marriage with Rakhi Sawant. The duo have been married since July 2022. Rakhi has revealed that Adil asked her to hide their marriage for a year. The news went viral in the Entertainment News section like wildfire. And now, Adil has accepted his marriage with Rakhi and revealed that his family has not accepted Rakhi and his relationship. Adil told ETimes, that they both are trying to convince his parents. Also Read - Trending Entertainment News Today: First glimpses of Ranbir Kapoor-Alia Bhatt's daughter Raha, real reason behind Sajid Khan's Bigg Boss 16 exit and more

Nakuul Mehta and Disha Parmar's characters to die in BALH2

Bade Achhe Lagte Hain 2's lead cast will now be changed. It featured Nakuul Mehta as Ram Kapoor and Disha Parmar as Priya opposite each other. Earlier, there were reports about both Nakuul and Disha leaving the show. Fans of the show were quite upset and hoped that the news would be false or the actors would stay back. However, that is not going to be the case. Both Disha and Nakuul are adamant about not ageing on screen anymore. Also Read - Bigg Boss 16 Sajid Khan to Umar Riaz: Popular contestants who got evicted from Salman Khan's show not due to less votes but for these surprising reasons

Shalin Bhanot's mother does not agree with Tina Datta's remark

Tina Datta and Shalin Bhanot have been grabbing headlines every day these days for their relationship on Bigg Boss 16. They went from being friends to having feelings or not, leaving everyone confused. They fought a lot as well and patched things over as well. And in the heat of the moment, Shalin Bhanot and Tina Datta said a lot of things. The latter once said that whoever would date Shalin would slap him and walk away or commit suicide. Shalin's mother does not agree with this remark of Tina. She said that whoever would come in her son's life would be very fortunate because her son is a very beautiful person.

Bigg Boss 16 fame contestants Ankit Gupta and Gautam Singh Vig are going to work together in Ravie Dubey and Sargun Mehta's upcoming Tv show called Junooniyatt. The actor shared some BTS still from the upcoming TV show and asked the fans to continue supporting him and his journey as they did when he starred in Udaariyaan. Check out his post below:

Talking about Junooniyatt, it stars Ankit as Jahaan with Gautam Singh Vig as Jordan and Neha Rana as Elahi, the female lead of the show. Fans, however, wished that Priyanka Chahar Choudhary was the lead. Check out their reactions here.

Bigg Boss 16: Karan to take over hosting duties from Salman?

Bigg Boss 16 is hosted by Salman Khan. The actor has been hosting the show for about 8 seasons now. However, as per online buzz, his contract got over. And soon, Karan Johar will be taking over the duties as the host. Check out the whole report here. 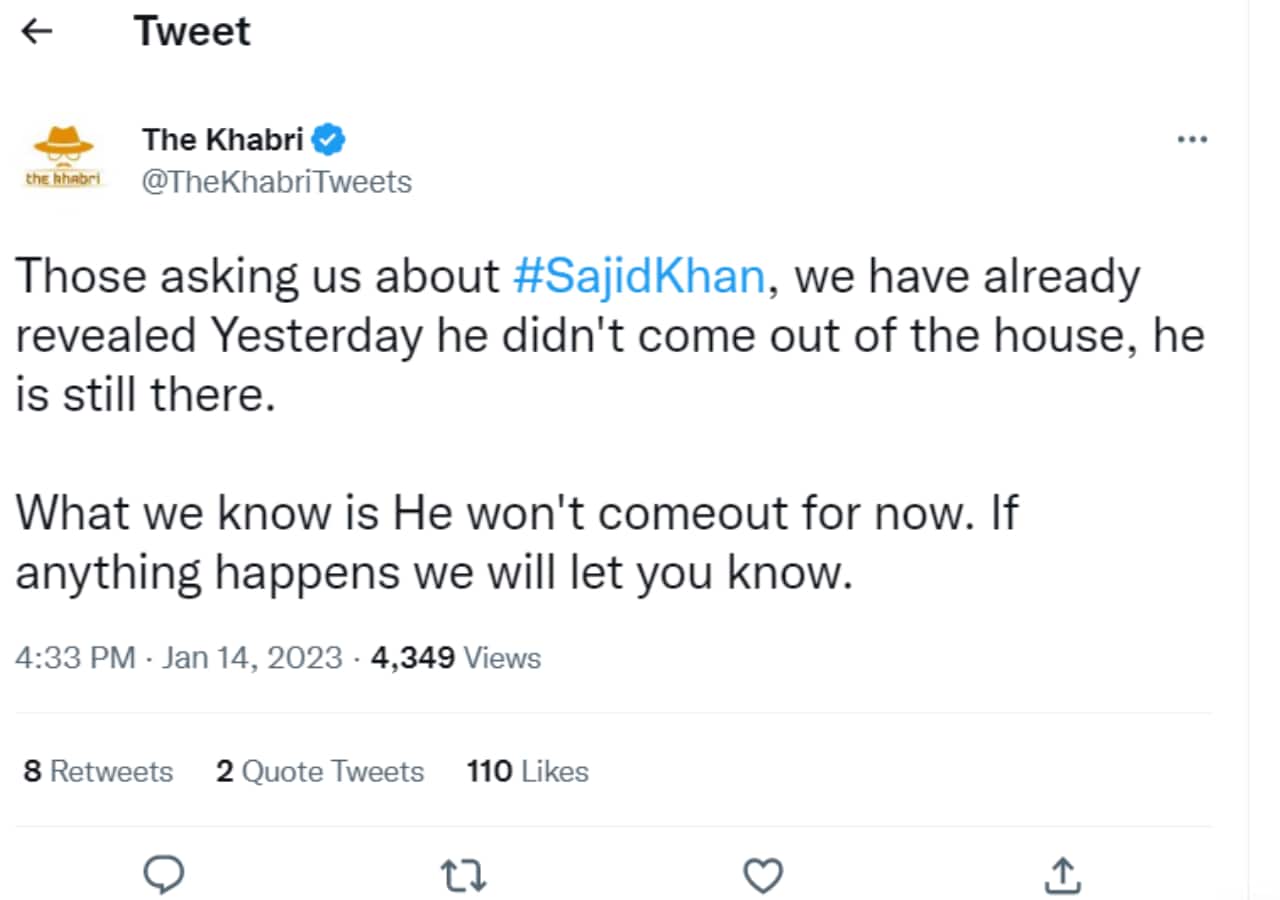 In the upcoming episode of Rupali Ganguly, Gaurav Khanna, Sudhanshu Pandey and Madalsa Sharma starrer TV show Anupamaa, we will see Paritosh getting caught while trying to sell a fake property using Anuj Kapadia's name. Anuj gets a call and Anupamaa listens to everything and asks the investor to not call Anuj and asks him to file whatever complaint against Toshu, leaving the Shah's in shock.

Urfi Javed summoned by the police

Urfi Javed has been in the news for her clash with BJP leader Chitra Wagh. The latter has filed a complaint against Urfi Javed for objectionable clothing and roaming on the streets of Mumbai. The Bigg Boss OTT fame reached Amboli Police Station for the enquiry, reports ETimes. Urfi has filed a complaint under the IPC sections 153(A)(B), 504, 506, 506(ii) for threatening and criminal intimidation.

That's all in the TV Newsmakers today.