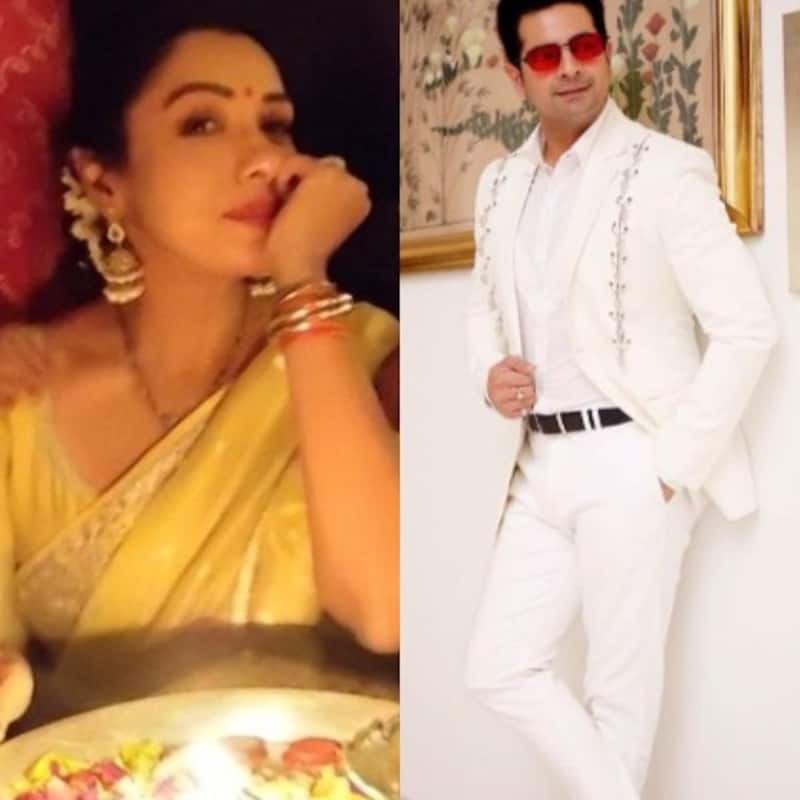 In another shocker Rohit Sathia has alleged that Karan Mehra is in a relationship with a woman named MM. He has said that accusations of extramarital affair with Nisha Rawal are false. Anupamaa Rupali Ganguly has shared lovely pics in the saree gifted by Akshay Kumar. Here is a lowdown... Also Read - Karan Mehra-Nisha Rawal controversy: Designer Rohit Verma shares a VERY IMPORTANT message for the couple's future

Rupali Ganguly dons saree gifted by Akshay Kumar on Raksha Bandhan
Rupali Ganguly has shared pics of hers in a yellow saree. The saree has been gifted to her by Akshay Kumar. As we know, she attended the press show of Raksha Bandhan. Akshay Kumar had come to promote the movie on Ravivaar with Star Parivaar. The actress looks radiant in the light yellow saree. She shared her pics on Instagram. Also Read - Karan Mehra and Nisha Rawal celebrate son Kavish's second birthday with cakes and cars - view pics!

Angad Hasija replaces Karam Rajpal on Rang Jaun Tere Rang Mein
Angad Hasija and Reyansh Vir Chaddha have joined the cast of Rang Jaun Tere Rang Main. The show comes on Dangal TV. Karam Rajpal was the main male lead of the show. It seems the show took a leap of 25 years. Karam Rajpal was not keen to play dad to actors of his age. He has bid adieu on mutually amicable terms with the makers. Also Read - Nisha Rawal shares an adorable snap of newborn son Kavish that will brighten up your day

Sumbul Touqeer on Imlie 2
There is a lot of talk about Imlie 2. Sumbul Touqeer has said that she would not like to give false hopes to fans given that a leap is happening. But she requested everyone to trust the makers and hope for the best.

Anupamaa Big Twist: Barkha to character assassinate Anu in coming days
Fans of Anupamaa will see Barkha making life hell for Anupamaa in the coming days. She will scold her for marrying Anuj (Gaurav Khanna) when she always supported Vanraj (Sudhanshu Pandey). Anupamaa (Rupali Ganguly) will hit back at her with full power.

Read More: Anupamaa TWIST: Anu fumes with rage as Barkha character assassinates her; angry MaAn fans say, 'She is one lucky lady that Anuj Kapadia is in coma' [VIEW TWEETS]