From Anupamaa and Anuj's viral wedding video leak to Ajay Chaudhary reacting to Swaran Ghar viral scene, Ankita Lokhande-Vicky Jain's pictures from the Grand Finale of Smart Jodi and more, here's a dekko at the TV Newsmakers of the day... 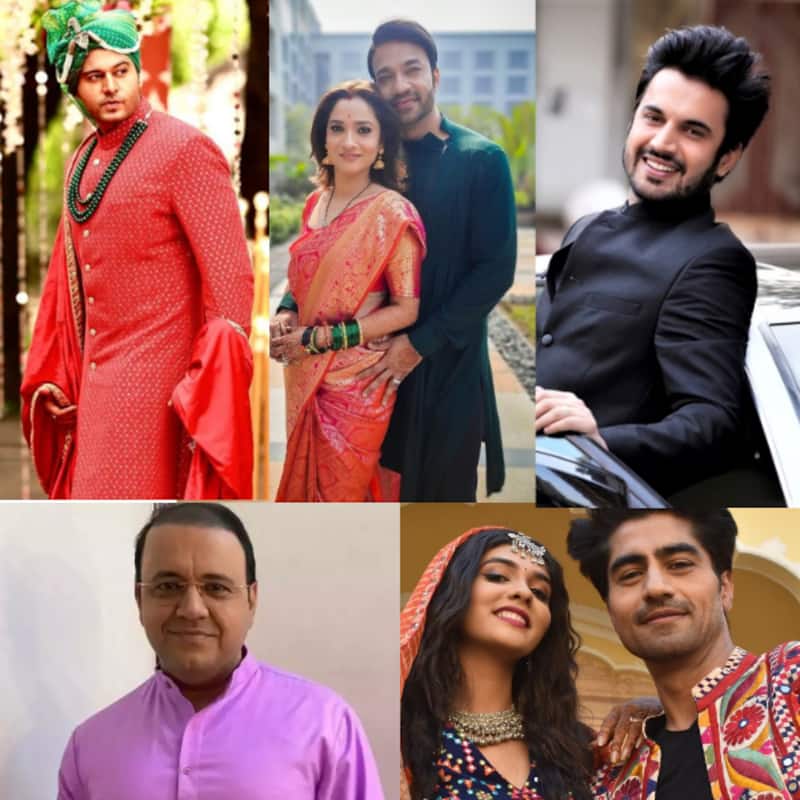 Firstly, Anupamaa and Anuj’s wedding video surfaced online. Rupali Ganguly's Anu and Gaurav Khanna's Anuj are all set to tie the knot in Anupamaa. The video saw Ajuj in red sherwani and Anupamaa in a white bridal avatar. The video is not clear though. In other news, Sudhanshu Pandey opened up on what upsets him about his character, Vanraj. The actor has been getting a lot of hate online because of his character. In yet another news of Anupamaa today, Anerj Vajani bid adieu to the show it seems. The actress, who's soon going to be seen in Khatron Ke Khiladi 12, will not be seen in Anupamaa it seems. Hence, fans shared videos and pictures of Aneri saying that Mukku will be missed. Also Read - Kylie Jenner and Travis Scott are already preparing their baby to be an athlete; we wonder what 3 Idiots' Rancho would say [Deets Inside]

In bizarre news today, Mandar Chandwadkar aka Bhide's death rumours surfaced. The actor quickly came live on Instagram and urged fans not to believe the rumours. He said that everyone on the sets of Taarak Mehta Ka Ooltah Chashmah is fit and fine and will continue to entertain them even more. Check out the video below: Also Read - This is how Prabhas is planning to utilise his money in a big way, and you can take a lesson from the Baahubali star

Yeh Rishta Kya Kehlata Hai actor Harshad Chopda celebrates his 39th birthday today. The actor got wishes from fans all around the world. Harshad's co-star and on-screen wife Pranali Rathod aka Akshu had the sweetest wish for him. AbhiRa fans went crazy after seeing Pranali's wish for Harshad.

Smart Jodi is a competitive reality TV show that features real life celebrity couples participating in some fun games and sharing their relationship details with everyone. Smart Jodi is all set to come to an end. And a picture that has been going viral online seems to hint at Ankita and Vicky winning the show.

Swaran Ghar starring Sangita Ghosh, Ajay Chaudhary and others have been in the news for some time now. The TV show recently got trolled for a scene showcasing the strangulation of the lead actress as her dupatta gets stuck in a fan. And now Ajay Chaudhary has reacted to the viral scene. He has said that people should not judge the show based on one scene. "Since we are the face, people will see us and react accordingly. There are so many scenes where we have received positive messages about a scene. Coming back to doing this scene I remember we have asked questions, but debating and delaying the shoot is not possible every time because we have to make sure that it is telecast on time and the show must keep running. Because in daily soaps time is a main constraint. I would only request that let's not judge the whole show based on one scene. This show is great and we are getting some good reactions from all over the world. Few of my friends texted and some were laughing too. I have accepted all the criticism with a smile on my face. If it's done and telecast, we can't do anything about this," he told ETimes.

Munawar Faruqui and Anjali Arora from Lock Upp are going to collaborate for a project it seems. The two met inside the jail of Kangana Ranaut’s show Lock Upp. Anjali seemed to have fallen in love with Munawar. People started believing that they were in a relationship, however, soon the truth came to light. Munawar is dating Nazila Sitaishi. And now, a report in TellyChakkar states Munwar and Anjali will collaborate on a project. However, nothing has been confirmed yet.

That's all for now in the TV newsmakers.