From Karan Mehra accusing Nisha Rawal of infidelity to Sunil Grover taking Gutthi to Cannes to Bade Achhe Lagte Hain 2 fans getting angry and more, a lot happened in the TV World. Here's a walk through... 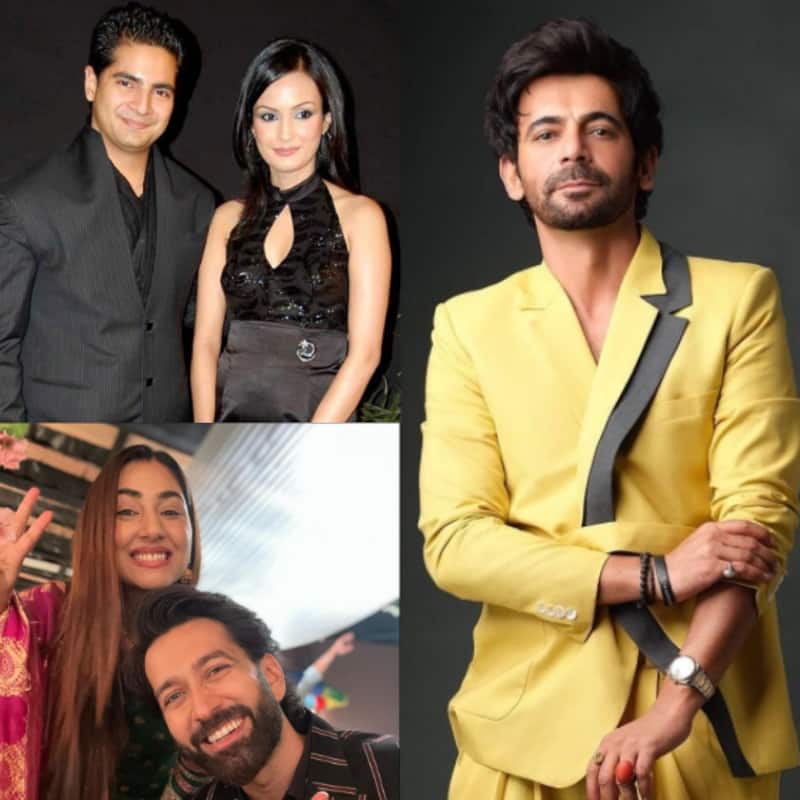 Sunil Grover, Karan Mehta-Nisha Rawal, Bade Achhe Lagte Hain 2, Gaurav Khanna, Kamya Punjabi, Disha Parmar, Shabir Ahluwalia and more are included in today's TV newsmakers of the day. Comedian-actor Sunil Grover took Gutthi to Cannes 2022 with a twist. Karan Mehra accuses Nisha Rawal of infidelity. Gaurav Khanna says he is grateful to the audience for accepting him as Anuj in Anupamaa. Bade Achhe Lagte Hain 2 fans are unhappy with the latest buzz and more. So, y'all see, a lot happened in the TV world. Let's catch up, shall we? Also Read - Before Vijay Deverakonda in Liger, Kichcha Sudeepa, Siddharth and these other actors went completely NUDE in Telugu movies [View Pics]

Yeh Rishta Kya Kehlata Hai actor Karan Mehra accused Nisha Rawal of infidelity. Reports have surfaced wherein Karan revealed that Nisha has been living with another man for about 11 months now. He also accused them of trying to take away everything from him. Karan alleged that the man left his wife and kids and has been living in his apartment. Read more here. Also Read - Sanjeeda Shaikh-Aamir Ali, Shweta Tiwari-Abhinav Kohli, Charu Asopa-Rajeev Sen and more celebs whose young kids suffered because of their ugly splits

Cannes Film Festival is currently one of the most talked about things in the show business. Various Indian celebs and talents from across the globe have flown to the French Riviera for the prestigious International Film Festival. Sunil Grover's Gutthi took part in it too. Though it was just another gimmick. He shared an edit of his most famous character from the red carpet of Cannes. It's a morphed picture but the netizens are having a field day. Mouni Roy, Hina Khan and more couldn't help but laugh. Check the post below: Also Read - Shahid Kapoor and Mira Rajput Kapoor's latest mushy pictures from Switzerland have PYAAR written over it in bold letters [VIEW HERE]

Nakuul Mehta and Disha Parmar starrer TV show Bade Achhe Lagte Hain 2 is the talk of the Twitter town again. This time the fans are expressing anger about the latest buzz that has surfaced which refers to the upcoming track on the show. It is being said that Bade Achhe Lagte Hain 2 will see a leap taking place. After which a child actor will be joining the show. It is said that she will be playing Ram and Priya's daughter. However, fans are not happy with the track. They want the makers to showcase a mature love story and take things slow.

Gaurav Khanna is currently seen as Anuj Kapadia in Rupali Ganguly, Sudhanshu Pandey and Madalsa Sharma starrer Anupamaa. Gaurav as Anuj has become a national crush over the last couple of months. He is ruling hearts as the perfect man for Anupamaa. The actor recently expressed his gratitude in an interview while talking about his fans. He said, "This is the new generation we are catering to and these people are going to be the society right. It is nice to be a part of a show that expresses change, we are not taking sides, we are going ahead with the story, showing the change in the character’s life, and showing the circumstances and nuances, what a person takes form it is a person’s sensibility. As an actor, I am very happy that Rajan gave me a chance. More than that, the viewers have accepted it, so yes, I am also thankful to the viewers and they accepted the character and beautifully pushed the character because it all comes to the numbers on Thursday and Friday."

Recently, Swaran Ghar's scene went viral which was brutally trolled. It features Sangita Ghosh and Ajay Chaudhary. Swaran is strangled because her dupatta got stuck in a fan. Kamya had tweeted out against the scene saying that that's why the TV was looked down at. Sangita had slammed her. And now, Kamya has clapped back at Ghosh. She said Sangita needs to take classes to understand what she wrote. On the other hand, she said that she always took a stand and discussed with the makers as being the face, she felt responsible. Kamya expressed surprise at Sangita being a senior and still not raising her voice.

DISHA PARMAR TURNS UP THE HEAT IN MALDIVES

Bade Achhe Lagte Hain 2 star Disha Parmar is in Maldives. She channelled her inner Baywatch fan whilst on the beach. Her monokini pictures and videos went viral on social media. Disha and her girl gang jetted off to Maldives to celebrate one of their friends' birthday. Fans were tripping over her hot look! Check out the video and pics here.

Kumkum Bhagya actor Shabir Ahluwalia is one of the most loved celebs in the country. He has been in the industry for a long time and has also worked in films. Shabir recently opened up on the stardom and fame that celebs previously enjoyed. He expressed being grateful to be one of those celebs. "Actually, I do consider myself exceptionally fortunate in that way. When we started, we had a set audience and our shows ruled the charts for years. Fans looked up to us as those characters that we portrayed on-screen. That kind of love and fandom is impossible to find in today’s time. With the overflow of content and mediums things have certainly changed in a big way, no doubt! Lucky that I belong to those league of actors who still rule the hearts," he said, reported Hindustan Times.

That's all in the TV newsmakers today