From Khatron Ke Khiladi 12 contestant Pratik Sehajpal, Taarak Mehta Ka Ooltah Chashmah, to Anupamaa and more, here's a dekko at who and what made news in the TV world. It's time for the TV wrap. 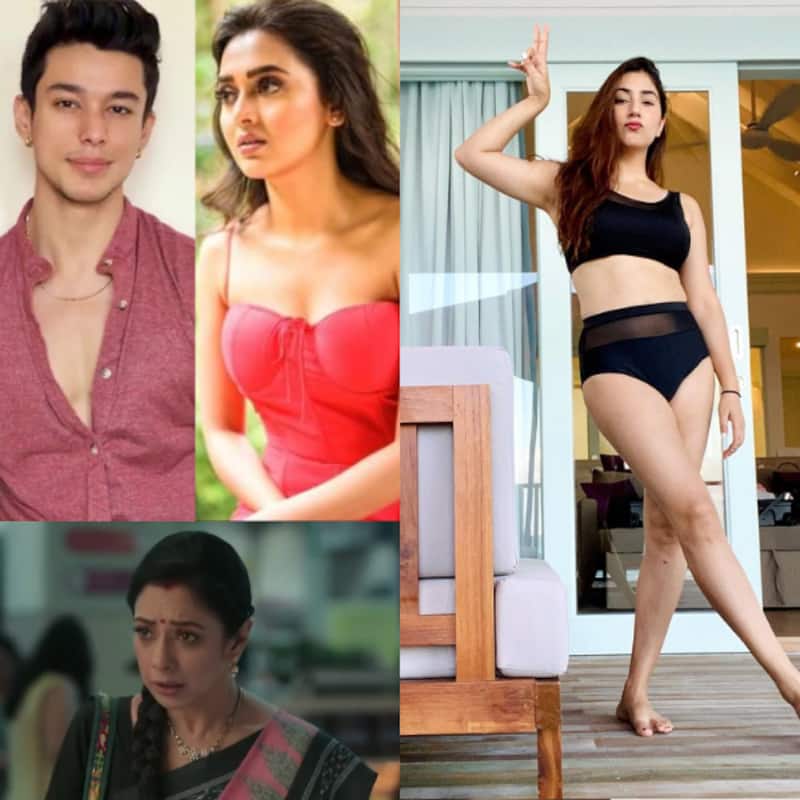 Pratik Sehajpal, Kanika Mann, Anupamaa, Taarak Mehta Ka Ooltah Chashmah, and more have grabbed headlines today. Khatron Ke Khiladi 12 stars made news for various reasons. Pratik, one of the contestants got flak for his comment. Real reason on why Kanika Mann skipped the KKK12 press conference was revealed. Anupamaa new twist, Dayaben to be back in Taarak Mehta Ka Ooltah Chashmah and more, let’s have a dekko at the TV Newsmakers of the day… Also Read - Swara Bhasker gets death threat, shares the letter on social media; netizens ask, 'What's wrong with such people?'

Pratik gets flak from Tejasswi’s fans

Pratik Sehajpal has come under the scanner of Tejasswi Prakash’s fans. It seems he mocked Tejasswi’s performance in Khatron Ke Khiladi. Pratik is a participant in Khatron Ke Khiladi 12. He is pretty excited on being a part of the show. However, his comment did not go down well with Tejasswi’s fans it seems. Tejasswi was one of the strongest performers in the history of KKK. Check out more deets here. Also Read - Ranbir Kapoor’s Shamshera, John Abraham-Arjun Kapoor’s Ek Villain Returns and more BIGGIES that are set to entertain the audience in July 2022

Bade Achhe Lagte Hain 2 star Disha Parmar is in Maldives. The actress shared a reel video with her bestie Vedika Bhandari in which they both are seen grooving to Rahul Vaidya’s recently released song Naughty Balam. Disha is raising temperatures in bikinis and monokinis in Maldives! Check out her reel video here: Also Read - Shehnaaz Gill's video writing Sidharth Shukla's name while signing an autograph is breaking the internet [Watch]

Yesterday, the press conference of Khatron Ke Khiladi 12 was held in the city. Shivangi Joshi, Aneri Vajani, Sriti Jha, Tushar Kalia, Nishant Bhat, Pratik Sehajpal, Jannat Zubair, Faisal Shaikh, Erika Packard and more were a part of it. Kanika Mann, however, had to skip it because of her ill health. Reports have surfaced stating that Kanika was not keeping well. However, she is expected to bounce back soon.

Charu opens up on speculations over her marital life

Mere Angne Mein actress Charu Asopa’s married life has been widely discussed in the media. Charu is married to Rajeev Sen and they have a daughter named Zianna. In an exclusive interaction with BollywooodLife, Charu shared, “Honestly, every marriage goes through it, ups and downs. We are like a normal couple. But then, every little detail is subjected to so much scrutiny from everyone.” The actress opened up on Zianna as well. Read more here.

The makers of Rupali Ganguly, Gaurav Khanna, Sudhanshu Pandey and Madalsa Sharma dropped a new promo of Anupamaa. And in it, they have introduced three new faces, new characters aka the Kapadias. With Mukku aka Aneri Vajani leaving for Khatron Ke Khiladi 12, Anupamaa makers have brought Anuj’s family into the picture. Ashlesha Savant, Rohit Bakshi and Alma Hussein will be a part of the Kapadia clan it seems. Watch the new promo here.

Today is Dilip Joshi aka Jethalal’s birthday. Dilip Joshi opened up on the love that the show gets and his pairing with Dayaben aka Disha Vakani. Talking about her Dilip Joshi said that he is happy for her and her family as they welcomed a child again. He added that whether or not Disha returns to the show depends on the producers and Disha. Read more.

Sanaya opens up on not signing up TV shows

Miley Jab Hum Tum, Iss Pyaar Ko Kya Naam Doon and Rang Rasiya fame Sanaya Irani was recently asked about why she hasn’t returned to TV yet. The actress shared that she is not too keen on signing long running shows. “Right now I don’t want to be a part of any long format show. If a project is made on television in the finite format then I am open to it. I don’t want to do anything in a long format. I like working on one character and then moving on to another one. For an actor it is growth. Ek hi cheez mein ek do saal rehna, it becomes robotic and I don’t want to do that anymore right now. I have done that for a long time now. I want to do something different,” she told ETimes.

Popular dance reality TV show, Jhalak Dikhla Ja is returning to television. Buzz is that the channel and the makers have already started approaching celebrities for the dance-based TV show. And now, the latest report states that Raghav Juyal has been approached for Jhalak. Raghav is known for his dancing style. Will he be a participant? Let wait and watch…

That’s all in the TV news for the day.