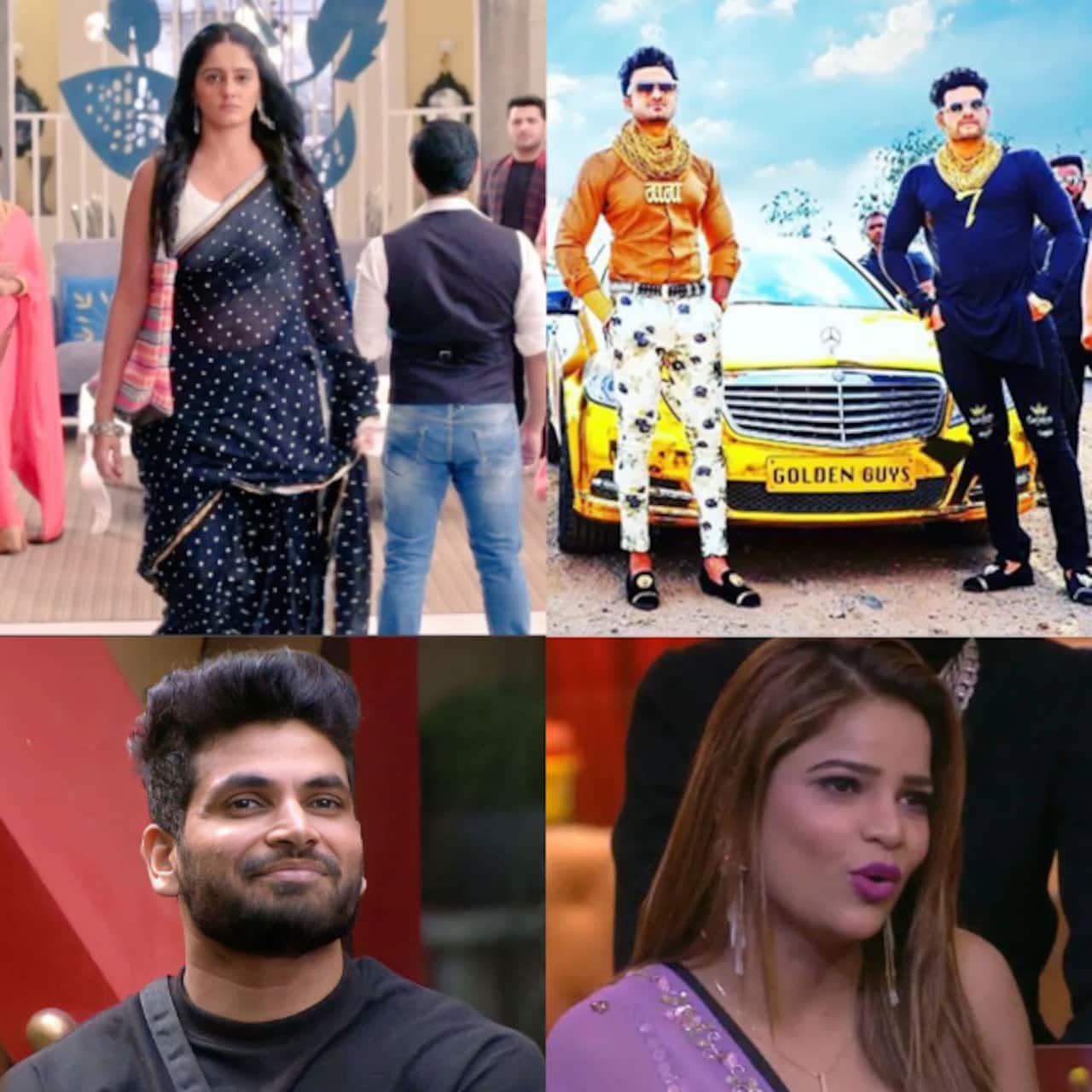 In the upcoming episode of Neil Bhatt, Ayesha Singh and Aishwarya Sharma starrer TV show, you shall all see Sai giving it back to Virat for his threats about taking away Savi from her. She will also give a list of conditions to Virat and tell him that he can only meet her once in a week. Ayesha Singh's firm stance has won hearts and how! Check out the whole story here. Also Read - Ghum Hai Kisikey Pyaar Meiin star Ayesha Singh REACTS to negative and harsh comments; says, 'They are doing it for timepass'

Bigg Boss 16 is one of the most watched and most widely watched TV shows in the country. It airs every day and has Weekend Ka Vaar with Salman Khan on Fridays, Saturdays and Sundays. On Saturday and Sunday, the show would air at 9:30 pm. But as per the latest report the weekend timings have been changed. Bigg Boss 16 Weekend Ka Vaar with Salman Khan will now air from 9 pm onwards. Also Read - TRP List Week 4 2023: Anupamaa retains top spot, Pandya Store ties with Bigg Boss 16, Yeh Hai Chahatein sees jump [View Top TV Show List]

Neha Marda reveals what's it like to be pregnant

Neha Marda announced her pregnancy a couple of days ago. The actress shared a heartwarming picture with her husband while revealing that she is pregnant. And now, the actress has shared a reel video in which she has shared the expectations vs reality of being pregnant. It's a cute and funny video. Watch here:

Bigg Boss 16 to have wildcards soon

It's now time for the wildcards to enter the house of Bigg Boss 16. If reports are anything to go by then Rakhi Sawant and The Golden Brothers of Maharashtra - Sunny and Bunty are going to be the wildcard contestants of the season. Check out the list here.

Naagin 6 gets a new time slot

Tejasswi Prakash, Simba Nagpal, Pratik Sahejpal and Amandeep Sandhu starrer TV show Naagin 6 recently hot an extension. The show had been moved to the 7 pm slot since Jhalak Dikhhla Jaa 10 was on air. Since Jhalak concluded this past weekend, Naagin 6 is likely to take back the old time slot. It might help improve the TRPs of the show.

Recently, Chetan Bhagat made a statement about the Youth of India watching Urfi Javed and her videos under the blanket. Urfi slammed him saying he was promoting rape culture. She later shared alleged leaked chats of Chetan Bhagat from the MeToo wave. Chetan Bhagat denied the WhatsApp leaked messages. Channa Mereya actor Kanwalpreet Singh condemned his statement saying that he is giving the wrong message to the youth of the country. Read more details here.

Dalljiet Kaur is unhappy with Shalin swearing on his son Jaydon

Shalin Bhanot is currently locked inside the house of Bigg Boss 16. The actor has been linked to Sumbul Touqeer Khan and Tina Datta inside the house. He has been seen swearing on his son, Jaydon for various things. In a media report, a source close to the actress revealed that Dalljiet is not happy with Shalin constantly dragging Jaydon into their conversations and swearing on him.

Rupali Ganguly and Gaurav Khanna aka Anupamaa and Anuj are helping out Dimple and her husband in the rape case. Baa has warned Anupamaa from taking the case against the criminals back for her own safety. And now, a new promo has been released wherein Anupamaa is seen teased and threatened on the road. Watch the Anupamaa promo here:

In the latest episode of Bigg Boss 16, we saw Archana Gautam mocking Shiv Thakare for winning Bigg Boss Marathi. The actress-turned-politician is known for her honest and frank remarks. However, this time Archana's behaviour has left all Shiv Thakare fans very upset. Read more here.

That's all in the trending TV News Today.