Trending TV News Today: Divya Agarwal gets engaged, Karan Kundrra-Tejasswi Prakash to star in a movie together and more

TOP TV Newsmakers of the day: From Divya Agarwal getting engaged to Apurva Padgaonkar to Karan Kundrra and Tejasswi Prakash being in talks for a movie together and more, here's what made the news. 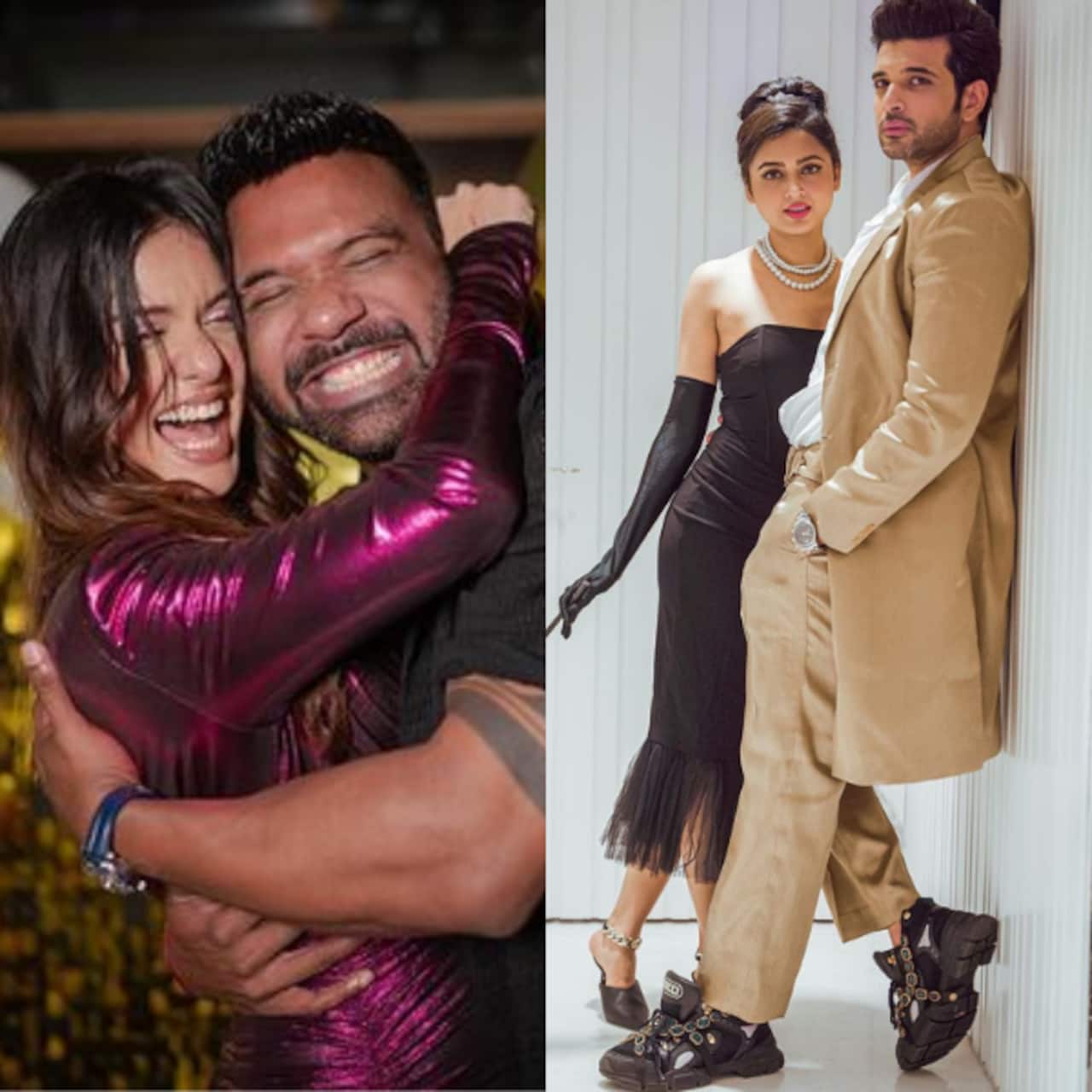 Let's check out who and what made the news in the TV world today. As always a lot happened in the entertainment world. In a surprising turn of events, Divya Agarwal announced her engagement on her 30th birthday. Tejasswi Prakash and Karan Kundrra to work together as co-stars, Bigg Boss 16, Anupamaa and more have grabbed headlines in the world of entertainment. Divya Agarwal's engagement has come as a shocker for Varun Sood's fans. Neha Kakkar, Charu Asopa has also made the news. Here's a look at the TOP TV newsmakers. Also Read - Trending TV News Today: Farah Khan calls Priyanka Chahar Choudhary 'a vamp', Ghum Hai Kisikey Pyaar Meiin fans troll Neil Bhatt aka Virat and more

Bigg Boss OTT winner Divya Agarwal took to her social media handle and announced that she has gotten engaged to Arjun Padgaonkar. The actress recently celebrated her 30th birthday and it was during her birthday bash that Divya was proposed by Arjun. The videos and pictures went viral on the internet in no time. Divya was previously in a relationship with Varun Sood. Fans have expressed their shock at her engagement and have been sympathising with Varun. Check out Divya Agarwal's engagement news here. Also Read - Trending TV News: Tunisha Sharma suicide case: Sheezan Khan's bail rejected; Salman Khan makes 'charity' remark against Bigg Boss 16's Archana Gautam and more

Alpana Buch plays Baa in the popular TV show Anupamaa. The actress' character is often trolled or slammed in the media for her orthodox mindset. Anupamaa is one of the TRP topper TV shows in the country. In a recent interview, Alpana opened up on the pressure of maintaining the TRPs every week. Talking about the same, Alpana said that the pressure is for everyone. Check out more details here. Also Read - Sumbul Touqeer, Divya Agarwal, Shivangi Joshi and more TV divas who set social media on fire with their viral photoshoots just before the New Year

Bigg Boss 16 is getting interesting day by day and the excitement is going to increase a lot more as the wildcard will soon enter the house to challenge the contestants for the Bigg Boss 16 trophy. It was earlier said that Priyanka Chahar Choudhary and Shiv Thakare would be in TOP 2 in Bigg Boss 16. However, now it is being said that not Shiv but Sumbul Touqeer Khan will be in top 2 alongside Priyanka. Read all about it here.

Charu Asopa who has been fighting it out for divorce with Rajeev Sen has jetted off to her hometown to kickstart the wedding preparations of her sister, Chintan. The actress took to her social media handle and shared a couple of pictures in a red outfit and revealed about the prep of the wedding function in the caption. She also shared a vlog about going to Bikaner with Ziana on her YouTube channel. Check out Charu Asopa's Instagram post here:

Neha Kakkar recently took to her social media handle and shared a reel video online in which she is seen performing on the new song, Cutie Cutie alongside a group of dancers. Neha Kakkar is seen in a white co-ord set grooving to her new song. However, netizens in the comments section body-shamed her and also trolled her for getting background dancers of the same height as her. Check out Neha Kakkar's reel video here:

Reem Shaikh to work with Karan Kundrra and Gashmeer Mahajani

If reports are anything to go by, Fanaa Ishq Mein Marjawan and Tujhse Hai Raabta beauty Reem Shaikh is all set to collaborate with Bigg Boss 15 contestant Karan Kundrra and Jhalak Dikhhla Jaa 10 contestant Gashmeer Mahajani for her next project. The actress, as per a report in TellyChakkar, confirmed the news while adding that she is excited to work with them both.

Tejasswi Prakash and Karan Kundrra to star in a movie together?

In other news today, a report in Telly Chakkar revealed that real life love birds Karan Kundrra and Tejasswi Prakash are soon going to star in a movie together. As per sources, Mukesh Chhabra wanted to work with the duo for a long time. It seems something is in works. TejRan fans would be super happy with the news.