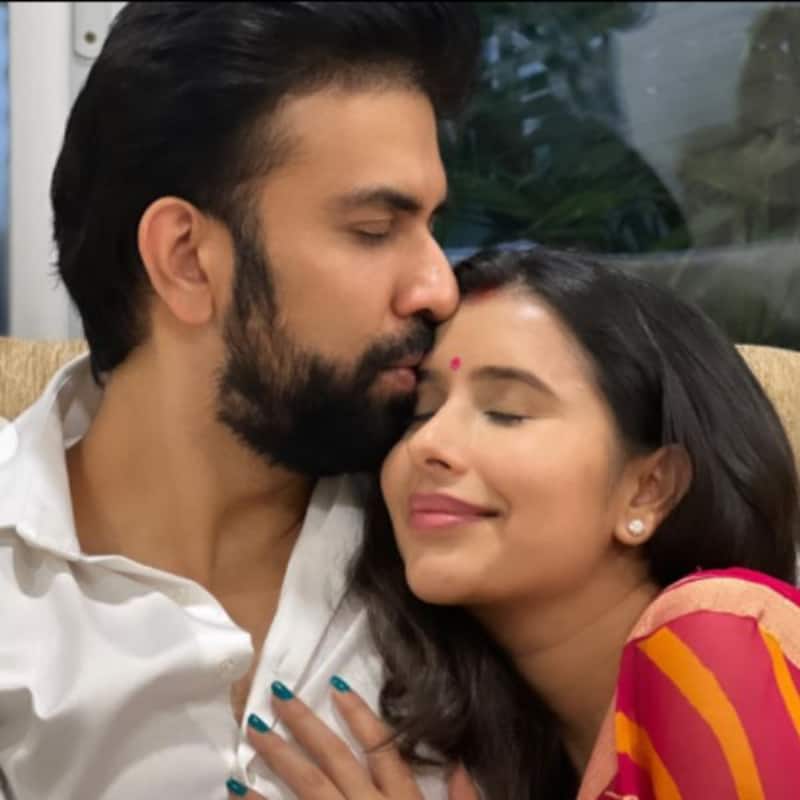 It looks like Rajeev Sen and Charu Asopa have put their differences aside and are back together. This is great news especially for their little daughter, Ziana. A new angle has emerged in the Karan Mehra - Nisha Rawal marital saga where reports have come that Rohit Sathia's wife had an ugly showdown with the Lock Upp contestant. Also Read - Charu Asopa-Rajeev Sen divorce: From shifting to another house to giving marriage a second chance; Mere Angne Mein actress reveals SHOCKING details

Rajeev Sen and Charu Asopa back again as a couple?
Buzz is that Rajeev Sen and Charu Asopa are back again as a couple. He has posted a picture of Charu Asopa and him with a rose emoji. When asked if they have patched-up, he said that he hoped the picture answered all the queries. Fans are happy with the development and told them that it was a good move. People on social media told them to mend differences for the sake of Ziana, who is only nine months old. Also Read - Trending TV News Today: Khatron Ke Khiladi 12's top 4 contestants revealed, Chahatt Khanna BREAKS SILENCE on conman Sukesh Chadrasekhar case and more

Karan Mehra - Nisha Rawal marital crisis latest development
Karan Mehra and Nisha Rawal's story has a new twist. It seems Nidhi the wife of Nisha Rawal's alleged boyfriend Rohit Sathia confronted the actress in Mumbai. She flew down from Lucknow after learning about her husband's alleged extra marital affair. Karan Mehra said that Nisha Rawal always maintained that he was her Rakhi brother. He said the relationship was very questionable at many levels.