Trending TV News Today: Hina Khan dedicates award to her late father, Neha Marda reacts to rumours of being a part of Bigg Boss 15 and more

While Hina Khan dedicated her award of 'Iconic Actress In a Web Film' to her late father, popular TV actress Neha Marda reacted to the rumours of being a part of Salman Khan's Bigg Boss 15. So, let's meet the TV newsmakers of the day... 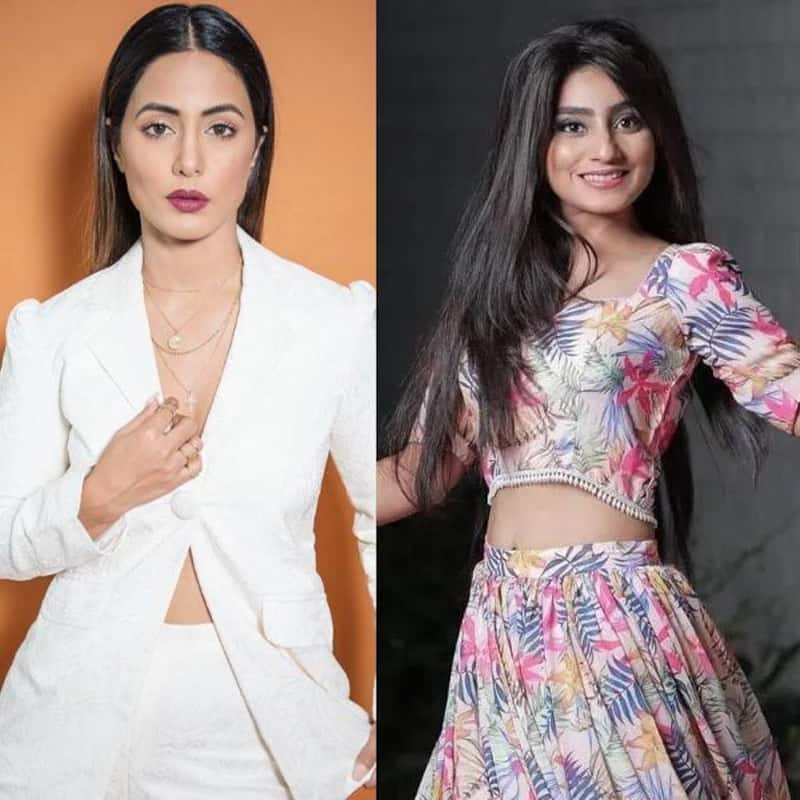 While we are enjoying our Sunday along with our family and friends, let's check out the highlights of the day from the TV industry. While Hina Khan dedicated her award of ‘Iconic Actress In a Web Film’ to her late father, popular TV actress Neha Marda reacted to the rumours of being a part of Salman Khan's Bigg Boss 15. So, let's meet the TV newsmakers of the day... Also Read - Salman Khan-Pooja Hegde, Rhea Chakraborty-Bunty Sajdeh; Meet the new alleged lovers in tinsel town

Popular TV actress Khan bagged ‘Iconic Actress In a Web Film’ award in the recently held ceremony for his performance in Lines. The Hacked actress dedicated her award to late father and wrote an emotional note, which reads, "Dad .. Wherever you are .. I am sure you know that .. it’s you who made it possible for me to come this far .. be who I am today as a person and a professional.. and a human being ..This is the first award you won’t be holding physically.. but I know .. this too is possible because of you .. So this .. and everything.. forever is for you.. Thank you for this gift dad.." Also Read - Bigg Boss 16: Rahul Vaidya confirms the exit of Tina Datta but hints that she could comeback quite soon

While Bigg Boss 15 is set to premiere on October 2, Kyun Rishton Mein Katti Batti actress denied the news of being a part of Salman Khan's controversial reality show as she said, “Someday I would love to enter the show but when the time is right. Initially, I thought that I would never do Bigg Boss but with time the show has garnered a huge fan following. In the show, people get to show their personalities which is not seen by their fans. The show has too much potential.”

Rupali Ganguly's Anupamaa has been winning the hearts of the audience right from its inception. While the show continues to top the TRP charts, legendary actress has praised the daily. In a recent interview with E Times, producer Rajan Shahi revealed this thing and said, "It was a great feeling when the legendary singer gave a call to me and appreciated 'Anupamaa'. She said she is a huge fan of the show and never misses an episode. We had a long conversation and she discussed every aspect of the show. She spoke to me about every character and she had some very strong views about the show. She also said that a show like this is the need of the hour."

Anupamaa actress Madalsa Sharma, who is celebrating her birthday today, got a special gift from husband Mahaakshay Chakraborty as a day before her birthday he planned a Maldives trip for the duo.

In a recent interview, Arti Singh revealed that she was not in touch with Sidharth Shukla for past two years as she was affected by people, who told her that she has come between Shehnaaz and Sidharth's friendship. Though she regrets her decision and told E Times, "I regret the fact that I didn’t stay in touch with him. Though I thought of calling him on a couple of occasions, I didn’t because I felt that he was happy aur maine socha ki usse apni zindagi jeene do."