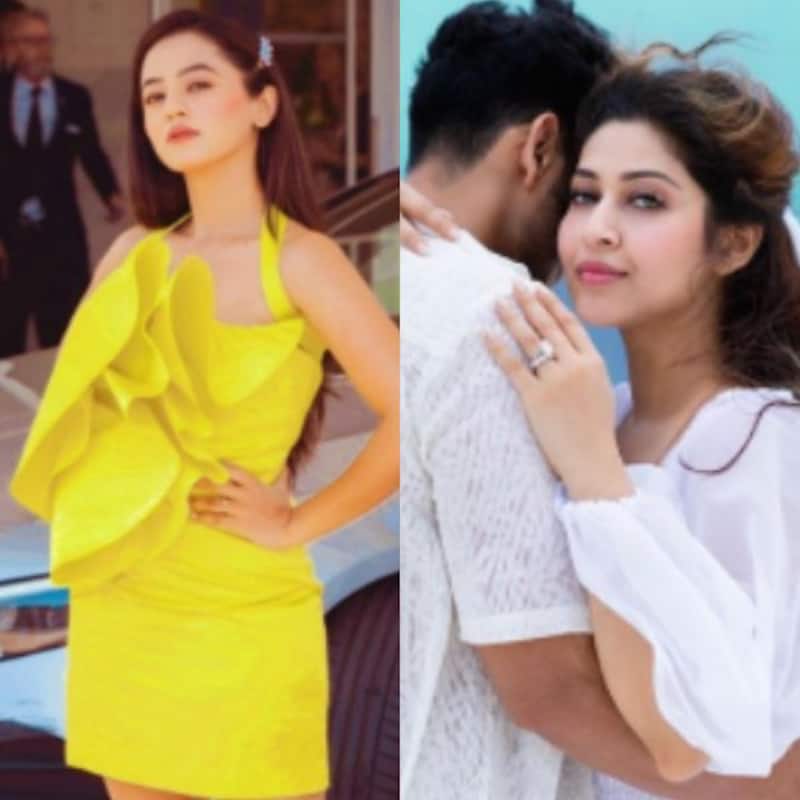 Devon Ke Dev...Mahadev actress Sonarika Bhadoria is now engaged to Vikas Parashar. She made the news official on his birthday. Rakhi Sawant in a long interview that revealed a lot of things about her beau, Adil Durrani. Helly Shah made her first appearance in Cannes in a yellow dress. Here is a lowdown... Also Read - Neetu Kapoor badly trolled for living her life after Rishi Kapoor's demise; ‘Rishi sir kya gaye, ye toh...'

Rakhi Sawant spills the beans on Adil Durrani
Rakhi Sawant has revealed a lot about her current boyfriend Adil Durrani. It seems she met him through a friend. He is six years younger to her. Adil Durrani is from Mysore and it seems their relationship has created havoc in his family. Rakhi Sawant said that she was in depression after her split with Ritesh. The lady said she is very scared and confused right now.

Anupamaa fans erupt in joy over MaAn Ki Shaadi
The wedding of MaAn in Anupamaa has happened, and fans cannot be more excited. Rupali Ganguly aka Anupamaa has come dressed like a traditional Gujarati bride. Anuj Kapadia (Gaurav Khanna) cannot contain his excitement at all.

Sagnik Chakraborty arrested in Pallavi Dey case
Kolkata Police have arrested Sagnik Chakraborty, the live-in partner of late actress Pallavi Dey. The arrest was made by the Garfa Police Station. The parents of the actress named him and his friend Oindrilla as co-conspirators. The cops put him under arrest after they found discrepancies in some of his statements. Allegations of financial fraud are also being investigated.

Helly Shah at Cannes 2022
Helly Shah is present at Cannes 2022 for her movie Kaya Palat. For her first photo opp, she stepped out in a short yellow dress. Take a look...

These were the main headlines from the world of TV for today.