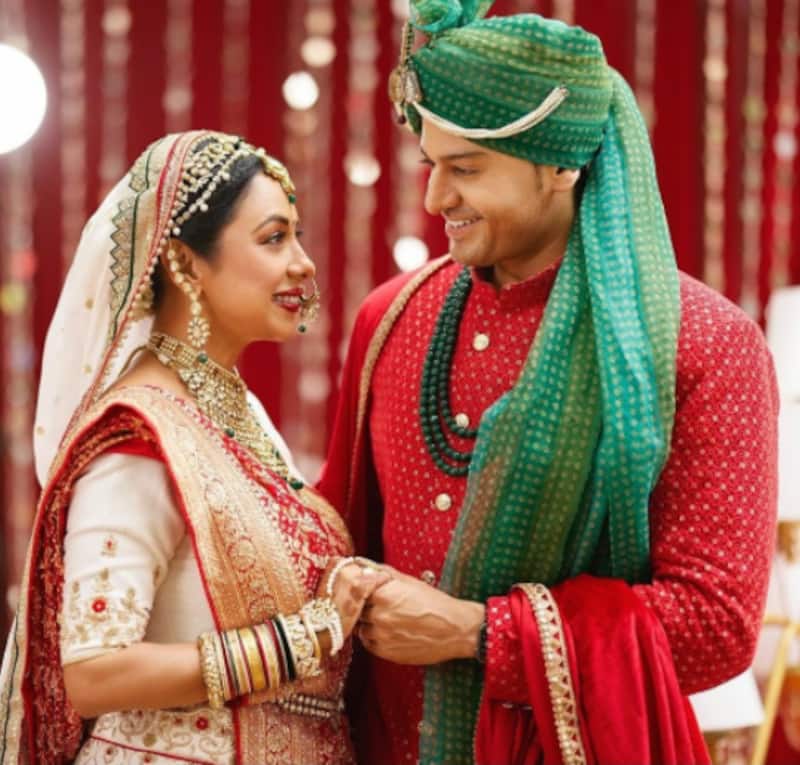 The TRPs for week 19 are here. Anupamaa is reigning on the top spot with a TRP of 3.2. The wedding track of MaAn has kept viewers hooked. Fans were waiting for the wedding of Anupamaa (Rupali Ganguly) and Anuj Kapadia (Gaurav Khanna) for a long time. The show had seen its ratings at 3 for a long time, and this has been a much needed boost. It is the same case with Yeh Rishta Kya Kehlata Hai. The wedding track of #AbhiRa was happening in full swing. The team organized the wedding sequence in Jaipur's Samode Palace adding to the visual quotient. Also Read - Sonakshi Sinha's blonde look gets mixed reactions; netizens call her 'jalpari', 'Game of Thrones in Lokhandwala' and more

After Anupamaa and Yeh Rishta Kya Kehlata Hai, it is Yeh Hai Chahatein on the list. Abrar Qazi and Sargun Kaur Luthra's show is having lots of drama quotient. It is on the third spot. We have seen a lot of action around Saransh and Dev which has kept viewers hooked. Preesha and Rudraksh are trying their best to save Saransh in this situation. Ghum Hai Kisikey Pyaar Meiin is on the fourth spot. The serial is also seeing twists and turns. While Sai (Ayesha Singh) and Virat (Neil Bhatt) have managed Bhavani, they have to deal with Jagtap and Malhar. Also Read - Kylie Jenner and Travis Scott are already preparing their baby to be an athlete; we wonder what 3 Idiots' Rancho would say [Deets Inside]

On the fifth spot, it is Imlie. The show is seeing the track where Imlie (Sumbul Touqeer) is trying to fix the marriage of Arpita and Sundar. We know that Aryan (Fahmaan Khan) is against the wedding. On the other hand, the TRP of Naagin 6 is 1.7. The show's ratings fell down from 2 plus in the past few weeks. Kumkum Bhagya is also with same numbers. Also Read - This is how Prabhas is planning to utilise his money in a big way, and you can take a lesson from the Baahubali star