Tujhse Hai Raabta 17 March 2020 Preview: In tonight's episode Malhar discovers the truth about Atharv. He goes to rescue Mastani but Atharv stabs him with a knife. Will Malhar die? 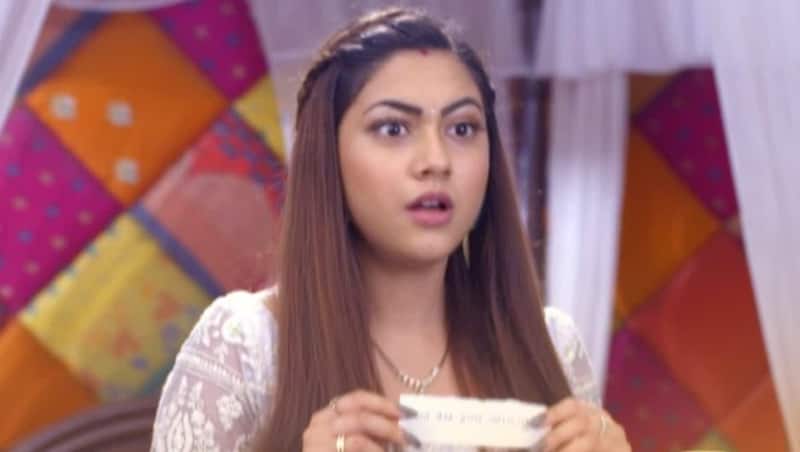 In the last episode it has been shown that the group of ladies forcefully get Kalyani to perform puja and tell her to marry the transgendered person. Atharv tells Aau Saheb that he will ruin Kalyani’s life and the latter slaps him. She tells Atharv that she wanted to harm Malhar and not Kalyani. As Aau Saheb tells him that she has informed Malhar about his whereabouts, Atharv locks her inside the van and leaves. On the other hand, Kalyani runs from the puja and finds herself trapped in another situation. Aau Saheb tells Malhar that Atharv disguised as Mastani Bai. Malhar gets to know that Mastani Bai has kidnapped few girls from the village. He goes to rescue the girls with his team. Also Read - Radhika Madan, Janhvi Kapoor and more hotties who went braless in blazers and put sun to shame

Episode starts with Malhar asks Rao if these girls are missing ones from village. Rao says yes. The villager man looks shocked seeing them captive. Malhar asks those girls who kidnapped them. One of the girls reveals Mastani Bai kept them captive. Malhar aaks Village man did they understand the reality. Mastani madly dance around Kalyani. Villagers asks Mastani to complete the haldi rasam so he can marry Kalyani. Mastani completes haldi rasam and anounces that haldi is over and now I have to take Kalyani to my kuldevi temple at village to complete our marriage. Mastani ties Kalyani. Mastani thinks Kalyani is stupid to believe a person like me and when I go from here three people will die, one is Kalyani another one her baby and third one Mastani. astani takes Kalyani near car and unties her hands and says I will take you to your husband. Kalyani removes Mastani wig and says Atharva I’m not that stupid like you think and she reminsces how she saw his taatto on his hand while he is applying the haldi and questions him you’re the one who call me with Ranchit voice right. Also Read - Nima Denzongpa gets extension, Zain Imam-Reem Shaikh's Fanaa Ishq Main Marjawan to be shifted online, Pisachini to get delayed?

Atharva smiles and says you’re intelligent and have capabilities to become ACP and understand my real intentions so let me tell you I got my memory one I’m back from mental hospital but I acted like kid to ruin you and Malhar. And today I’m going to fulfill my wish killing you and your kid. Atharva takes knife and Kalyani begs him to leave her but he attempts to stab her than Malhar enters on his bike and saves Kalyani making Atharva unconscious. Kalyani tries reveal the truth to Malhar than Atharv gets conscious and stabs Malhar on his stomach. Kalyani shouts. Malhar kicks Atharva hardly which makes him unconscious. Kalyani cries holding Malhar and asks him why he came in the middle. Malhar says no-one can hurt you and I’m always their to protect you and he takes out knife from his stomach. Kalyani says Malhar ji please don’t close your eyes because I have to tell you the truth that’s I’m carrying your baby through surrogacy and it’s not Ranchit baby and reveals how Ranchit blackmailed her and after Ranchit death how she can’t reveal it to him knowing her pregnancy complications and she apologize to him. Malhar stops her and says how can you be so good to risk your life for Moksh and I love you Kalyani. She smiles

Atharva gets conscious and he takes knife to hurt Kalyani and Malhar. Kalyani gets shocked and shot him taking Malhar pistol. Malhar shouts Kalyani and she gets shocked seeing the body of Atharva. Malhar asks what you have done. Kalyani says I didn’t do anything and backhugs Malhar tensely. Malhar says ok and checks pulse of Atharva and reveals Atharva us still alive. Rao and others reaches near them and thinks to take Malhar to hospital. Malhar orders Rao to take Atharva to hospital. They leaves with Atharva. Kalyani Ties her chunri to Malhar waist and tries to take him but she gets dizzy and feel unconscious. Malhar carries on her shoulder and takes her to hospital.

At hospital Kalyani asks Malhar about their baby. Malhar says you shot Atharva to save us and Atharva us alive so I won’t let anyone out case on you and nothing will happen to our baby. Kalyani says Malhar you know na how this baby is important to save our Moksh. Malhar says everything will be fine and I’m with you. Kalyani kisses him on cheek and both share romantic moment. Stay tuned for more scoops and updates.