Tujhse Hai Raabta 20 March 2020 Preview: In tonight's episode Kalyani gets a letter from Trilok and learns that her baby has been aborted. She gets angry with Malhar and declares to part ways with him 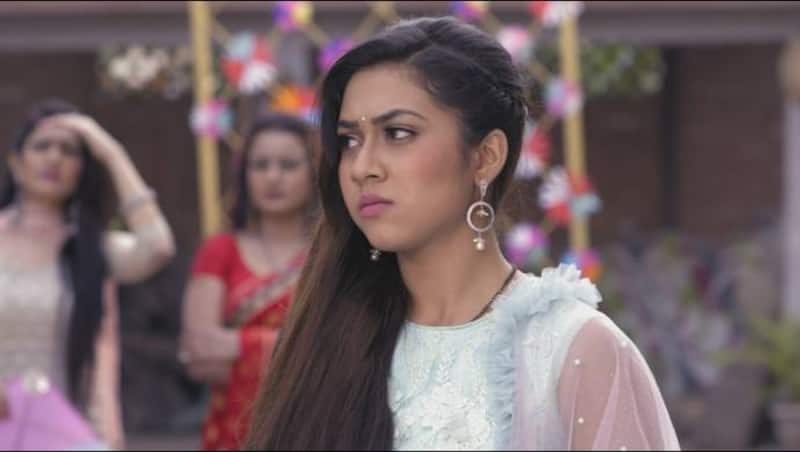 In the last episode we saw that Malhar signs the abortion papers and tells the doctor to save his wife Kalyani. Malhar cries his heart out seeing Kalyani’s condition worsen. He goes to see Kalyani and kisses her forehead. The doctor informs Malhar that they have got a donor for Moksh and now they will be able to save his life. She gives Malhar the address and tells him to meet the donor. Malhar reaches a boxing arena and finds the donor, who is a boxer ,Trilok Marathe. The boxer tells Malhar to fight him to save Moksh’s life. Malhar loses his cool at Trilok and starts hitting him. Also Read - Radhika Madan, Janhvi Kapoor and more hotties who went braless in blazers and put sun to shame

Episode starts with Trilok asking Malhar to send Kalyani to his house so he can become Moksh donor. Malhar gets furious and beats Trilok badly and asks him how dare you to take my wife name. Trilok smiles. Bodyguard tries to stop Malhar but he throws them and warns Trilok to stay away from Kalyani otherwise it’s risk for his life. Trilok says risk is for Moksh life too. Malhar says I’m alone is enough to deal with you so don’t drag my son. Trilok says don’t forget you have to face the Kalyani after abortion and I already researched about you. Malhar says research more than you will get to know you are going to be dead in my hands and leaves. Malhar reaches to hospital. Sarthak asks Malhar about Trilok. Malhar says I didn’t meet him. Sarthak asks him why. Malhar says I will talk with him tomorrow and asks Anupriya about Kalyani. Anupriya says tomorrow Kalyani will get conscious. Malhar sits beside Kalyani and than he asks Anupriya and Sarthak to not inform Kalyani about Abortion and he wants to inform her in alone. Anupriya feels bad for Kalyani. Also Read - Nima Denzongpa gets extension, Zain Imam-Reem Shaikh's Fanaa Ishq Main Marjawan to be shifted online, Pisachini to get delayed?

Kalyani in her unconscious state talks like Malhar ji, I know you will protect our baby because you never break the promise. Malhar cries and asks Anupriya and Sarthak to leave to home but Sarthak and Anupriya asks Malhar to go home so he can take care of Moksh. Malhar thinks I never let anything happens to our Moksh, and I just wish you to forgive me while understanding my situation Kalyani and he kisses her forehead and calls someone and asks them to collect info of Trilok. In car Trilok thinks about Malhar warning and says Kalyani will come to me. Malhar talks with Moksh saying He just agreed for abortion to save Kalyani but I will search some other way to save you Moksh but I’m tensed thinking how to convey abortion matter to Kalyani.

Kalyani wakes up while reminiscing about Atharva warning to kill her baby, she asks everyone how is my baby in worried tone. Sarthak says baby us fine. Kalyani says I’m stupid, what will happen to my baby when Malhar is promised me. Compounder gives flower bouquet to Kalyani and she thinks it’s from Malhar but it’s letter from Trilok saying I felt bad to know about your abortion so stay strong but I won’t let anything happens to Moksh. Kalyani gets baffled and asks who is this Trilok and why Malhar breaks his promise. Sarthak and Anupriya informs Kalyani saying it’s not Malhar mistake and informs her that Trilok is going to be the donor of Moksh. Kalyani runs out saying Malhar breaks his promise to me.

Malhar notices Kalyani outside room and asks her what happened. Kalyani questions him why you betray me and how can you do this to me even after knowing this baby is important to our Moksh life. Malhar tries to explain her but she stops him saying how can you break your promise. Malhar shouts saying I can break any promise to save your life. Kalyani asks him than what about Moksh. Stay hooked for more scoops and updates.