TV News Weekly RECAP: Sidharth Shukla-Shehnaaz Gill were most tweeted about celebs in 2021, Bigg Boss 15, Ankita Lokhande injured days ahead of her wedding and more

It's time to walk you through the top trending TV news of the week. A lot happened in the last week in the TV world. Ankita Lokhande, Bade Acche Lagte Hain 2, Bigg Boss 15 and more, meet the TV newsmakers here: 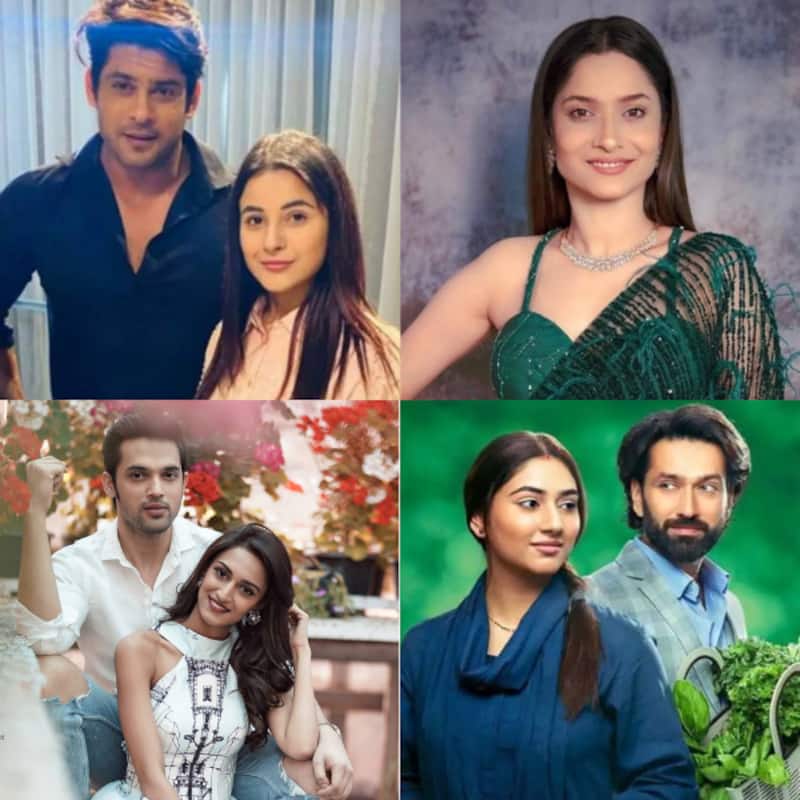 It's time to walk you through the events of the last week that happened in the TV Industry. Let's see what made the news in the past week in the TV world. Also Read - Bigg Boss 16: Five times Shehnaaz Gill got brutally trolled; from supporting Sajid Khan, to dancing at a wedding after Sidharth Shukla's death

In the Weekend Ka Vaar last week, we saw Sara Ali Khan and Raveena Tandon gracing the Salman Khan show. The contestants were put to test by both the ladies and a lot of cards were unveiled. In fact, the viewers said that it was Sara's presence that made the Weekend Ka Vaar interesting. It led to loads of fights in front of the guests. Rashami Desai, Shamita Shetty and other housemates got into a brawl with Abhijit Bichakule for his 'kutiya' and 'pairon ki jutti' remark. Karan Kundrra did not see Tejasswi Prakash in TOP 3. Their bond also went through a lot of turmoil this week. Rakhi Sawant and her husband Ritesh also had a fight inside the house and it was because of Devoleena Bhattacharjee. Rakhi wasn't happy that Ritesh was moved by Devoleena's sad story about her dream to get married. Elsewhere, BollywoodLife.com got in touch with Tejasswi Prakash's brother Pratik Wayangankar. He liked the bond between TejRan and was all supportive of their relationship. He revealed that he sees Teja, Karan, Umar/Rashami in the Top 3. Rakhi got into a fight with Abhijit over his bhade ka pati remark. And just the other day, Ritesh Kumar/Singh's first wife, Snigdha has opened up on the domestic violence episode by Ritesh. It seems the two separated in 2017 after he beat her up for about 4 hours with a belt. She also alleged that he loves Rakhi because she has money. Arhaan Khan took to his Twitter handle and passed a remark on Rashami saying that she is just the same. He called her attention seeker and sympathy gainer. Teja and Nishant had a fight it seems. Rajiv Adatia had a showdown with the contestants during the ticket to finale task. Shamita tried to calm down the situation. Rashami and Devoleena also had a showdown. Tejasswi and Karan have a fight over the ticket to finale task and they break up. Rakhi Sawant became the first finalist. Also Read - Before Bigg Boss 16: Here's a recap of the nastiest fights on Salman Khan show

Parth reacts to a cold war with Erica

Parth Samthaan and Erica Fernandes were a part of Ekta Kapoor's Kasautii Zindagii Kay 2. The two were initially very good friends. However, later on, reports surfaced that the duo were not as good friends as they once were. It was rumoured that the cold war was going on between the two. However, recently, Parth reacted to the reports stating that they hadn't been in touch that frequently as before but kept in touch with messages. In an interview with TOI, Parth said, "We are actively in touch with each other. It's been a long time that we haven’t met each other, hopefully, we shall do that soon. We keep seeing each other’s social media profiles for updates though; like I know she's in Dubai right now. I have no cold vibes with her, but I share a good equation with her." Also Read - Bigg Boss 16: Here's how being on Salman Khan's show changed life for Sidharth Shukla, Shehnaaz Gill and more TV stars

Bharti-Haarsh expecting their first child together?

Bharti Singh and Haarsh Limbaachiyaa got married in 2017. The couple recently completed 4 years of togetherness as a married couple. Recently, a source close to the two had confirmed that Bharti and Haarsh were expecting their first child together. Bharti herself responded to the same but neither confirmed nor denied the news. The comedienne-actress said that she would talk about it when the time is right. "I won’t deny or confirm anything. But when the time is right I will openly speak about it. One can’t hide such things. So when I want to reveal it, I will do it publicly."

Sidharth Shukla and Shehnaaz Gill were named in the most tweeted celebs in of 2021 list. Sidharth Shukla passed away in September this year. It was a huge shock for everyone. Shehnaaz Gill was utterly devastated after the Dil Se Dil Tak actor's demise. They both had grabbed headlines ever since Bigg Boss 13 days and yet again were the most mentioned celebs in tweets. The two were joined by celebs such as Rubina Dilaik, Rahul Vaidya, Jasmin Bhasin.

A couple of days ago, Nakuul Mehta, Disha Parmar starrer Bade Acche Lagte Hain 2 grabbed headlines for reportedly going off-air this month. Both Disha and Nakuul had denied the news. Later, Pranav Mishra, who plays Disha's brother on the show had also reacted to the news of Bade Acche Lagte Hain 2 going off-air. Later, it was confirmed that the show is not going off-air. And now, BollywoodLife.com has learned that Ekta Kapoor has decided to focus on Ram and Priya's story and introduce a love track for the two. A source from the production house told BollywoodLife, "Many times, one aspect was being dragged on for days and that made audiences lose patience and made the show a drag affair. As Ram Kapoor and Priya Sood's love story begins, the show will pick up as well. There are plans to carry it on for a longer period and definitely no plans to pull it off air anytime soon."

Ankita Lokhande is all set to tie the knot with her beau Vicky Jain. The Pavitra Rishta 2.0 actress is said to tie the knot with Vicky on 14th December. And days before her wedding, the actress has injured herself. A report in Pinkvilla revealed that the actress sprained her leg and was taken to the hospital for the same. The doctor has advised her complete bed rest. Ankita and Vicky's wedding will reportedly be an elaborate affair with all the pre-wedding functions such as Mehendi, Haldi, Sangeet. It is said that the festivities will begin from December 12.

Reports surfaced that Dilip Joshi aka Jethalal of Taarak Mehta Ka Ooltah Chashmah is all set to become father-in-law. Dilip Joshi's daughter Niyati is all set to get married this weekend. It is said that the actor has invited the whole cast and crew of Taarak Mehta Ka Ooltah Chashmah for the wedding. And that's not it, video of the actor dancing to the beats of dhol and doing the garba also went viral on the gram.

Shaheer Sheikh recently opened up on why he loves romantic roles. The actor who is the heartthrob of the TV industry said that people love him in romantic roles. It was a promotional campaign for Tata Sky wherein he spoke about it to IWMBuzz. "While I have played various characters and been associated with various projects people still remember me as Anant from Navya and I still receive overwhelming love and appreciation for that. I am extremely happy that my audiences enjoy every shade of me but they prefer the romantic characters somehow, therefore I thought it would be great to get them a service that allows them to enjoy romantic content from across the West in the language we prefer," he said.

Arunita backed out from Pawandeep's videos

Arunita Kanjilal and Pawandeep Rajan had signed up a contract with Octopus entertainment for three music videos, a series out of which one song had been released. However, the songstress backed out a couple of days ago. Earlier, it was reported that Arunita's parents were against her acting and wanted her to focus on singing itself. Raj Surani was very disappointed with Arunita's decision. However, he denied that it was the romance angle between her and Pawandeep that made her back out. "That had nothing to do with it. Arunita was not comfortable at acting and has no inclination towards it. She wants to focus on singing. Octopus (Raj's company) demanded a level of acting which she tried but it was taking a toll on her. Hence, she backed out. However, she will be seen in the reprise videos, standing and singing with Pawandeep- no acting skills required for that," he told Etimes.

Sayantani Ghosh got married to her beau Anugrah Tiwari in a simple yet traditional Bengali wedding in her hometown. It was a very private affair with her close friends and relatives in attendance. Earlier while talking about her wedding Sayantani had told ETimes that she wanted two special dishes to be included in her wedding menu. "While growing up, I would tell my mother that two must-haves on the menu at my wedding are paan and ice cream. That’s what I am going to be eating the most at my wedding," the actress had told ETimes.