Imlie 13 December 2021, episode 339, SPOILER ALERT: Aditya will force Imlie to sign the divorce papers. He will announce his wedding with Malini much to Imlie's shock. Elsewhere, Aryan will assign the wedding cover to Imlie. 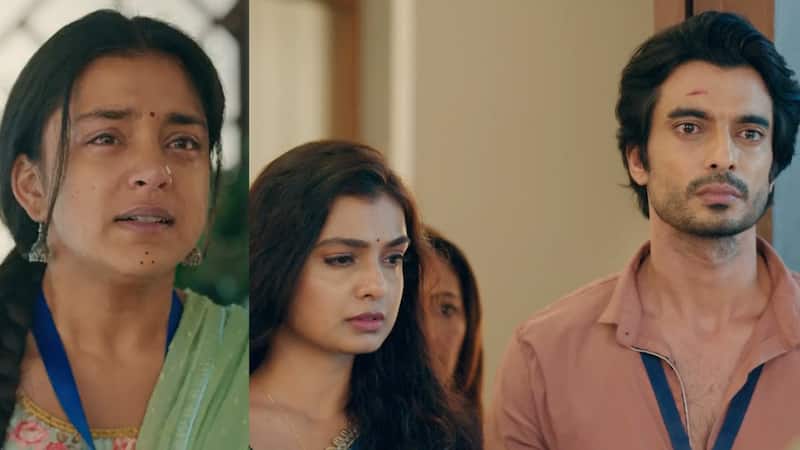 Imlie 13 December 2021, episode 339, SPOILER ALERT: The last couple of episodes of Imlie has been nothing but a firecracker. The misunderstandings between Imlie and Aditya has reached the ultimate level. So much so that there's no going back now. Aditya aka Gashmeer Mahajani believes that Imlie is planning to marry Aryan aka Fahmaan Khan. Aditya pulled a cheap stunt on Imlie and Aryan by printing an article about their boss-employee equation in Bhasker Times. Imlie aka Sumbul Touqeer is devastated by Aditya's character assassination that too publicly. Imlie and Aryan's wedding joke is another blow to Aditya's patience. Aditya assumes that Imlie has moved on and is planning to tie the knot with Aryan. And now, gear up for more interesting twists in Imlie's upcoming episode. Also Read - Bade Achhe Lagte Hain's RaYa aka Nakuul Mehta-Disha Parmar's separation hurt the fans most than AbhiRa, PreeRan and others [View Poll Result]

In the upcoming episode of Imlie, we will see Aditya in fury will announce that he will be marrying Malini. It was actually Malini aka Mayuri Deshmukh's masterstroke. She had been manipulating Aditya for a long time against Imlie. That's not it, she even reached out to Aryan to seek his help in separating Imlie from Aditya. However, Aryan had declined her plan. And now, in a fit of rage and need for revenge, Aditya will announce in front of the Triipathi's that he'll be marrying Malini. Aditya makes Imlie sign the divorce papers as well. A devastated Imlie laments her fate. Meanwhile, Malini is enjoying every bit of it. Aparna who has come to accept Imlie as her daughter will take Imlie's side and disown Aditya. Also Read - Imlie Spoiler Alert: Aryan and Imlie separated for five years; Malini makes a re-entry

But wait, there's more in store in the upcoming episodes of Imlie. Anu will reach Aryan's office. She will offer a whopping amount of Rs 2 crore to cover Malini and Aditya wedding. Now, Aryan will ask Imlie to cover the wedding. However, Imlie will refuse the assignment. Now the latest buzz states that Aryan will make Imlie cover the wedding for Bhasker Times. We just hope, Imlie takes up the assignment and does something to stop Aditya from getting married to Malini. Also Read - Trending TV News Today: Charu Asopa wants divorce from Rajeev Sen, Taarak Mehta Ka Ooltah Chashmah gets new Nattu Kaka and more