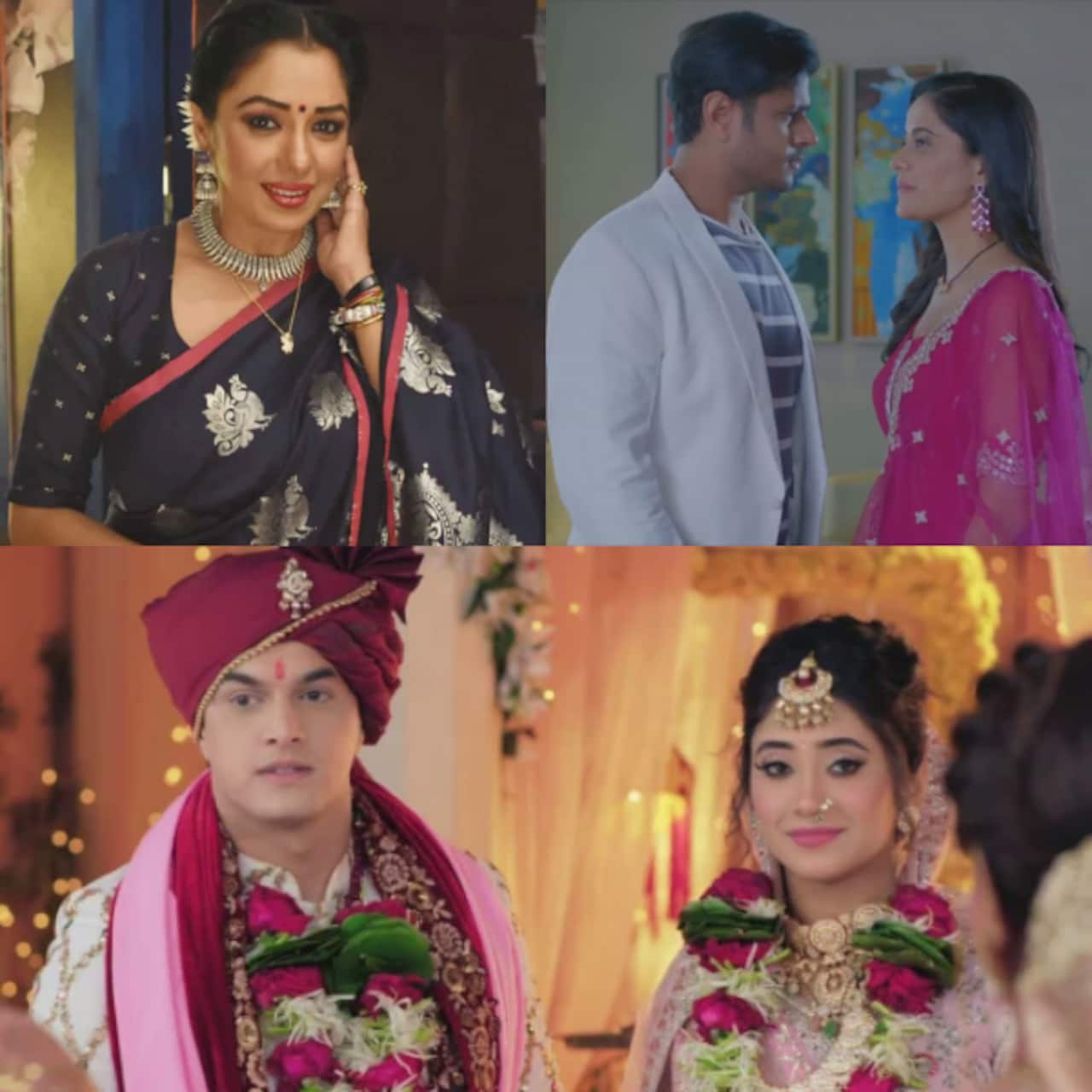 It's a brand new day and that means, it's some for some juicy spoilers of your favourite TV shows. What will happen tonight in Ghum Hai Kisikey Pyaar Meiin, Anupamaa, Yeh Rishta Kya Kehlata Hai and more TV shows? Find out below: Also Read - Yeh Rishta Kya Kehlata Hai: Akshara holds Abhinav instead of Abhimanyu in drunken stupor; AbhiRa fans lash out at the makers for killing the jodi [View Tweets]

Neil Bhatt, Ayesha Singh, Aishwarya Sharma and Yogendra Vikram Singh starrer Ghum Hai Kisikey Pyaar Meiin is one of the most-watched TV shows in the country. In the latest episode, we saw Sayi and Virat getting into an argument. Sayi wants to leave for college but Virat locks her inside the room. Virat reveals the same to everyone. He adds that Sayi has to learn the rules, regulations and traditions of the Chavan household. On the other hand, Samrat reminds Pakhi that he is not Virat and hence she should not expect him to be like Virat. Pakhi is flabbergasted with his words. Elsewhere, a rebellious Sayi decides to teach Virat a lesson. She feels challenged by Virat and decides to leave the house through the balcony. Will she succeed? Also Read - Ghum Hai Kisikey Pyaar Meiin: Pakhi runs away with Vinayak while Sai blames Virat; netizens slam former for manipulating a child [View Tweets]

The latest twist in Anupamaa is sure to excite all the fans of the Anupamaa and the latest entrant, Anuj Kapadia. In tonight's episode of Anupamaa, we will see Anuj aka Gaurav Khanna announcing that he will go ahead with Anupamaa aka Rupali Ganguly's plan. And not only that, he offers her partnership as well. This shocks Vanraj aka Sudhanshu Pandey and Kavya aka Madalsa Sharma. An irked Vanraj credits Anuj's feeling as biasedness for selecting her plan instead of their plan. Vanraj taunts Anupamaa but this time she'll give it back to Vanraj it seems. You'd get to see a never before seen avatar of Anupamaa in tonight's episode of the hit TV show. Also Read - Trending Entertainment News Today: Pathaan BEATS Avatar 2, Farah Khan SLAMS Tina Datta-Priyanka Chahar Choudhary on Bigg Boss 16 and more

Another dhamakedaar twist awaits y'all in tonight's episode of Yeh Rishta Kya Kehlata Hai. You'll get to see Ganesh Chaturthi celebrations taking place, Kartik aka Mohsin Khan and Sirat aka Shivangi Joshi dancing their hearts out. And in the midst of the celebration, we saw Sirat getting a call from Kairav's teacher. Sirat slams Kairav and refuses to speak to him even when he apologises. Suwarna asks Sirat to calm down and forgive him but Sirat seems adamant. Surekha Goenka then taunts her saying Kairav is not her real child. How will Sirat react to this?

The upcoming episode is going to be a heartbreaking one for all the Adilie fans. You'll get to see a major drama created by Malini aka Mayuri Deshmukh. It will so happen that Anu will threaten to call the police if Adi doesn't take responsibility for his actions. Aditya aka Gashmeer Mahajani says he will himself call the police. Seeing the situation getting out of hand, Malini will emotionally blackmail Aditya. Imlie aka Sumbul Touqeer will leave Aditya and the household in tears and a heartbroken Adi behind.

In the latest episode of Kundali Bhagya, we saw Sonakshi aka Mansi Srivastava threatening Sherlyn. She vows to protect Preeta aka Shraddha Arya at all costs. And now, in the upcoming episode of Kundali Bhagya, we will see Karan aka Dheeraj Dhoopar and Preeta spending some quality time with Pihu. Elsewhere, Sonakshi will get emotional on coming back to Luthra house. She'lltalk fondly about Pihu and accidentally reveal that Pihu is her daughter. Furthermore, Prithvi will plan to take over the Luthras' business.